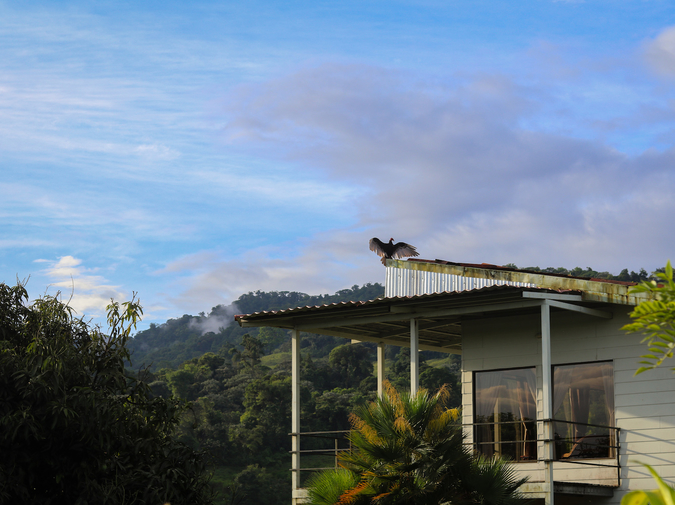 I begin collecting houseplants in August. At first, calatheas. Then, philodendrons and alocasias.

The two of you had flowers out front of your houses—lilies in spring; geraniums in summer; pansies in fall. Besides the two of us, it’s one of the only things you had in common.

I once killed a fern in two weeks, so I’m not convinced I can keep my plants alive.

“The twins,” you both called us, as you deadheaded your geraniums. “Need to be more careful,” you’d say when we were little and played too close to the road, when you told us not to pop the buds on your snapdragons.

Besides flowers, besides us, you had another thing in common: you died nine days apart at the start of the pandemic. The first, a fall. The second, Alzheimer’s.

By the one-year anniversary, the plants number in the thirties and I notice a leaf that looks like a green bean on a stick. In my west-facing windows, I have learned that philodendrons and alocasias thrive.

When you died in March, five months before I bought my first plant, I learned what sobbing is. It’s heaving breaths into a towel while hot water cascades down your back. It’s hoping no one will hear you, while hoping someone will. It’s crying into your sister’s neck.

It’s a new March. Feels like the last one never left. The green-bean-on-a-stick splits to reveal a white cone. A flower, I realize, from a plant that rarely blooms.

Chelsie Bryant is an Ohio native currently living in Portland, Maine. In her spare time, she obsesses over her cat (har) and photographs "trash" around the city. Her work has been featured in The Carolina Quarterly, Willow Springs, Michigan Quarterly Review, Yemassee, Passages North, Word Riot, and in other places. She is the recipient of the Iceland Writers Retreat Alumni Award and the Willow Springs Fiction Prize, among others. She can be found on Instagram @chelsie_bryant and Twitter @chelsbry.