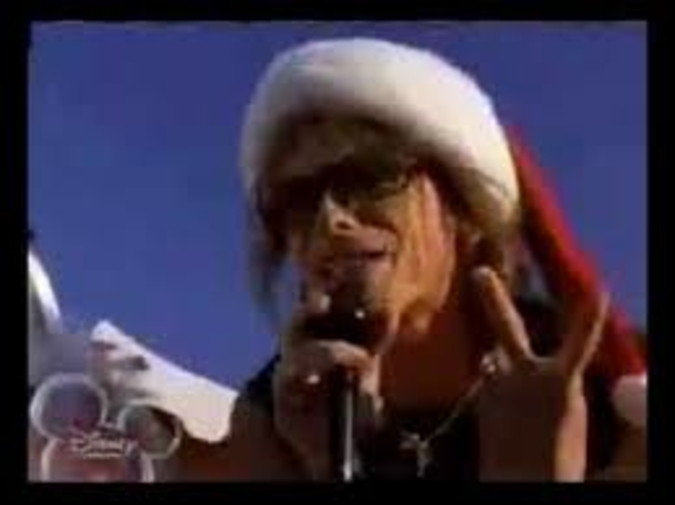 When I was a teenager. I liked to show the world. And my father's wife especially. That I didn't give a fuck. This manifested in countless ways. A punk rock costume. Drug use. Skipping class. Drinking. Stealing. Violence. And of course. I smoked cigarettes the whole time.

That devilish act. Although tolerated. Was banned not only from their residence. An understandable request. But their property altogether. Ok. Fine by me. Whatever. Push me away. I'd rather be out there anyways. Cruising the streets. Taking it in. By myself.

So on this X-mas eve. There I was. Sitting in the basement. On an old blue sectional couch. Alone. The sounds of celebration upstairs drowning out the television in front of me. All the brothers and sisters of my father's wife. Their kids. Her mom and dad. Drinking. Eating. Being merry.

I get up. Slide on my beat black docs. A long black trench coat. Collar up. It tickles the end of my mohawk. I slip out the side door. Along a path out into the street. I stop. Heavy snowflakes fall lightly. The air is fresh. It's cool not cold. There isn't a sound. I relax.

The snow crunches under my soles when I walk. The sound makes my teeth hurt. And when I get to the corner I stop. This is it. A good pole to lean against. And a view south. Where the road dips. Towards the beach. I think about walking there. Staring off into the darkness of Lake Erie. And the night.

But I pass. Light a cigarette. Lean back. Exhale. Oh yeah. This is good. A little peace and quiet. That's what the holidays are about. These tiny moments. When it slows down. And I can think. The orange glow of the streetlight above me makes it easy to feel comfortable.

I finish my cigarette. But before flicking it out into the street. I light another with the end of it. No rush to get back home. Too much chatter. All nice people. Sure. But I just feel better alone. Out here. Without a ceiling over my head. A feeling I'll never shake.

About a block away. Towards the beach. Is a bar popular among commercial fishermen. The sign a cartoon perch with a captain's hat. Smiling lips. And a mug of beer in its fin. The door opens. Tranquility broken. As I'm hit with a short blast of voices. Clinking glasses. And of course some Aerosmith.

The door slams shut. Good bye Steven Tyler. I can't see anyone yet. But I hear voices. A couple of ladies. One man. All of them slurring at top volume. The distinct click of a lighter. Cigarettes inhaled. Laughter. And a booming ho ho ho that echoes along the empty street.

I see the women first. They stumble out into view. Arms around each other's waist. They knock their knees together. Swear. Vile curse words. I smile from the side of my mouth without a cigarette dangling from it. They laugh as they almost fall. A patch of hidden ice beneath fresh snow.

Hey, c'mon, let's fucking move it fat ass, the one farthest from me yells. The other pulls a small bottle from inside her coat. Takes a drink. Passes it. Then hollers yeah fatty, let's get jiggling…I mean jingling. High squeals of laugher. Cackling. I cough on the inhale.

Awwww, shut your mouths. It's just a pillow, I hear him yell with a laugh. Then he comes bounding down the stairs. Full tilt. No regard for the slippery snow. The patches of ice. Or his elevated level of intoxication. Now get over here and give Santa a kiss.

In unison the ladies both sing ew gross like it was planned. Then cower like starlets in old time monster flicks. Santa makes his advance. He's leaned forward. Grunting like a large pig. It's lewd. And I can't take my eyes off it. Better than any big budget holiday special the television has to offer. By a long shot.

Then as the women ooh and ahh. Goading him towards them. He hits the same damn patch of ice they did. But he doesn't have anyone one to catch his weight. Which is all leaning over his legs. He manages to save his face. But comes down hard on his shoulder. I can feel it from here.

Both ladies cackle maniacally. Shit. So do I. But all three of us are drowned out by Santa. He's lying on the ground. Turned over on his back. Not moving. Letting out a groan so loud it must be stirring people for blocks. It takes the ladies a moment or two. But they get their composure. And when Santa begs for some help. They give it to him. One on each arm. Pulling him to his feet.

He's up now. Steady. His arms around their shoulders. He begs for a drink. A little x-mas cheer, he calls it. Something to help him forget the pain. Ok, one of them says, but after this we gotta go to Janet's. To see her kids. It's why ya dressed up in the first place.

Santa is not impressed. He bellows. Roars. Those little shits! Gulps from the bottle when he gets his hand on it. Passes it around. The girls each take their fare share. The bottle disappears in a jacket. But we gotta go, the other lady pipes in, we promised Janet. The kids are waiting.

Another epic groan. Another begged drink. He lowers his arms from their shoulders. Rests one hand on each ass. Now that's what I want for x-mas. He leans in. Whispers in one's ear. And then the others. They both push off his hands. He slumps in defeat. You promised. And we're already three hours late.

JESUSFUCKINCHRIST! Santa yells. Shakes a fist up at the falling snow. I exhale. One of the women puts a hand on his fat gut. The action is calming. She says, you know Janet. She's always got a little something to drink. And those kid'll be in bed before you know it. He nods his head. The thought of a free drink. It sounds alright.

Ok ok. But those dirty little pigs aren't sitting on my lap. Both the ladies shake their heads. And tell him they sure as shit are. Ol' Saint Nick is beaten. He hangs his head. And after they all light fresh cigarettes. He follows along. No more bellyaching.

They come my way. On the other side of the street. But they don't let on if they see me. They're too busy. Too drunk. Santa is back to grabbing ass. And I wonder where he gets the courage to keep trying. I watch them until they round the corner. Towards the centre of town. And the quiet returns to the street.

I finish my smoke. Then light another. There's definetly some magic in the air. And I don't want to miss it.