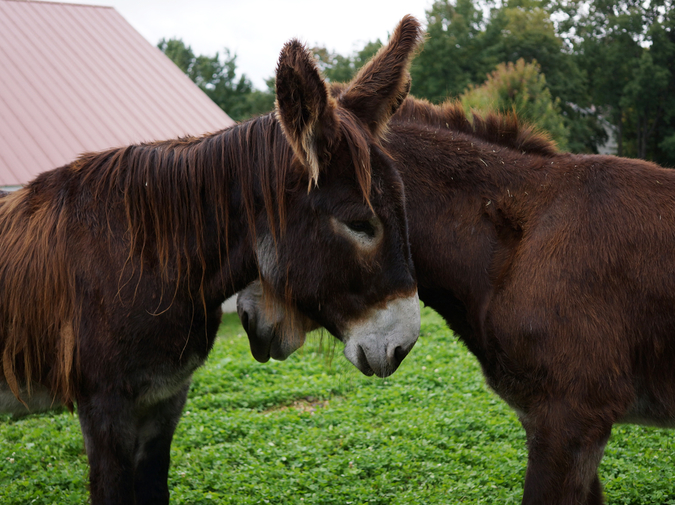 Miranda and I had a doozy of a fight, like the kind where we both started digging into the past for evidence to bolster our current charges, and as always, I technically lost. She was better at digging, and I didn't catalogue our past into exhibits to be used later. The irony was that we were both right; I could pay more attention and she could pay less. But when I woke the next morning the world had ended.

Neither of us had backed down so we'd slept in the same bed, turned away from each other like question marks. I'd badly wanted to fall asleep first so she could see how unharmed I was in the fray, but she was snoring well before I drifted off. I thought about when we'd met and how once I'd seen her, I never wanted to let her out of my sight. When we'd moved in together, she'd started called me a duckling because I followed her from room to room, a few steps behind, a look of awe on my face.

I never brought that up in our fights.

That morning, I rolled over with the intention of apologizing. I'd meant everything I'd said, but none of it was enough for me to end anything. It was the hazards of a relationship; I had to decide if I was losing myself or becoming better.

But Miranda was gone. And so was half of our apartment. As in the wall along the east side of the building had been ripped free, taking with it my television and video games which were the only things I'd brought with me when I'd moved in. The toilet was also along that wall, and in the kitchen, that would mean the loss of the refrigerator, the microwave, and the hanging pots we never used.

The sun slanted across my face and I raised my hand to block it. I thought how much Miranda would have enjoyed a window on that wall. Through my fingers, I saw that the building across the street had been ripped open as well. I could see into every bedroom. Each was empty of life. Everyone was gone.

I searched our apartment, careful not to get too close to the edge, but there was no sign of Miranda. Wind gusted in and rifled loose papers, picture frames, and the books we were never going to read. I thought I noticed some things missing, and I held out hope that Miranda had left in the night and that she was safe. But the chain was on the door and the only way out was through the missing wall. I looked down the sixteen stories to the street below and that's when I noticed nothing was moving. There was no sound.

I ate dry cereal alone at the table.

Later, I would go out searching. I wouldn't run into a single person. Nor any bodies. Every building, every car, every possible container of people had been ripped in half. The innards of everything exposed. As if some creature had cracked open everything to suck out the inhabitants.

But I refused to think of everyone as dead, only moved away. Miranda didn't do well with change though. I hoped that wherever she was now, whatever her new world looked like, that everything was intact. That the insides weren't showing.

As for this world, I guess it couldn't officially be over unless there was someone here to see it.

Josh Denslow is the author of the collection Not Everyone Is Special (7.13 Books). Recent stories have appeared in Catapult, The Offing, and Pithead Chapel. In addition to constructing elaborate Lego sets with his three boys, he plays the drums in the band Borrisokane and edits at SmokeLong Quarterly. He lives in Austin, Texas.