The Doctrine of the Mean 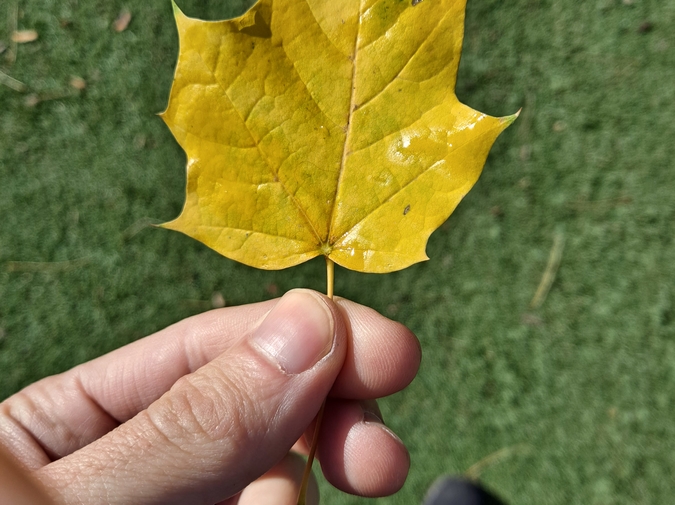 I only took Introduction to Confucianism this semester because there was really nothing else to choose from during the second enrollment period.

The second enrollment period was for the late, the misfortunate, and the unwise. I think I fell into the second and third categories.

The enrollment period was usually fun for me. There’s an entertaining bit of riskiness involved in the enrollment period. It always felt  like gambling or a dare ; at the same time, it was a chance to peek into a world full of new knowledge that could feed the scholarly side of my mind.

I was not happy this time.

A few days before the enrollment period, I had just seen a few of my best friends leave their civilian life and get conscripted for the army. I knew that I would go through their process soon.

My brother was struggling with his KSATs. I loved my brother. My mind kept telling me it would be alright. My heart did not.

My crush had a new boyfriend. They smiled as their hands made hearts together. I quit Instagram.

The class was held via ZOOM.

As soon as I looked into the faces of my fellow classmates, I realized that we all arrived here by the same road. The most enthusiastic people had their cameras turned off.

The professor was old and had a tired face that reminded me of my high school years when I pulled all-nighters alone for midterms. He wore a puffy purple jacket and used a fake background picture:  a park in autumn.

His voice was croaky but it was the morning.

We will go over the most essential books of Confucianism. The Analects of Confucius, The Great Learning, and The Doctrine of the Mean.

He went on, talking about the syllabus and how our grades would be made. He also mentioned how he would use pre recorded lectures.

I nodded. I stared at the clock hanging on the left. I nodded. Again.

The pre-recorded lectures were good in the sense that you can watch them on your own time and come back to them during exam periods.

The Master said, To learn and at due times to repeat what one has learnt, is that not after all a pleasure?

I had the video played at twice the speed. The professor spoke clearly, which was something I appreciated.

What is the goal of a college education? Is it to learn for others or to learn for yourself? Have you ever questioned this before?

I had taken mostly Western philosophy classes before I knew these questions. But I was a little surprised at the number of questions the professor was asking. I had expected Eastern philosophy to be something else. Maybe it wasn’t.

Meng Wu Po asked about the treatment of parents. The Master said, Behave in such a way that your father and mother have no anxiety about you, except concerning your health

At breakfast, I asked my parents whether they studied Confucian texts when they were young. They said that they did not, which surprised me because I had thought that every Korean student back in the day had to read these long texts.

My mom tells me to study well and share my knowledge with the family at dinner. She says that I’m lucky to learn such good things. I simply nod and continue to nibble on my cereal.

One month into the semester, my friend in the army, on break, briefly calls me and talks about someone in his camp who talks about killing himself. After feeling something rise up in my gut, I say that I didn’t care about his friend and move on to talk about the film school he was thinking of applying to.

He was happy to talk about Hollywood.

I remember the days when I was confident and freely asked the girls around my neighborhood if they had time for lunch in the afternoon.

I don’t know whether I had lost that confidence or if I had become cautious. Or perhaps it was neither and both. The Master was standing on the riverbanks, and observed, Isn’t life passing just like this, never ceasing day or nights.

I look through the old photos of me and her. I always thought that photographs were not just moments stuck in time but also alive in their own sense, every time you set your eyes upon them.

She looks alive in the photo. Same with me, although her white dress makes her glow while my blue buttoned shirt doesn’t do so. We are in a café with large glasses of coffee in our hands. She drank steamy americanos while I only drank icy Lattes. We had a board game with colored cards and mini plastic people in front of us that were currently being ignored as we looked and smiled into the photos with her hands in a V.

I thought that I did well on the dreadful midterms. My hand and my eyes surprised themselves with how much they moved for each assignment. I did the readings for the children’s literature class. I invest time in my research for my Beginning Chinese class. I was sure that I would hit gold with the midterms for Introduction to Confucianism.

Until the results came in.

Not as close as I thought I would be.

Correcting yourself and not expecting things from others, you will not create resentments.

I briefly thought  about dropping the course before reality kicked in and told  me about my credits.

After the midterms, came the assignments. I was assigned to a team by the professor. Our goal: present anything regarding Confucianism.

Anything? Seemed generous but the more selections you have the more worries you get.

I first think about this topic:

Can Confucianism be applied today? Does it matter?

It turns out what came out of my mouth during our initial meeting was:

What is the greatest lesson I can take from Confucianism?

I still don’t know how that happened. Maybe my instinct told me that that would be a better presentation topic. I don’t know. My teammates liked my topic. We voted on the topics we came up with and mine was chosen. We prepare the Powerpoint and script for our presentation

My brother comes home for a holiday. It’s been a while since he’s come from the dormitory. He says that he’s never been so glad to be at home. My dad asks him about the food. My brother says that the food’s great but the food eaten at home is the best. He goes on to talk about his friends and his teachers. He talks about his grades also.

I think we all knew he had a long way to go. But he looked confident when he said that he believed he was going to be alright. When he asks me about my midterms and upcoming finals, I smile and say that everything’s going fine. My brother congratulates me with a pat on the back. Sometimes he feels more mature than me. I feel that I might need to look up to him.

Literally. He’s beginning to inch higher than me.

We finish The Great Learning. The professor says that The Doctrine of the Mean will be the most difficult text we’ll study during the semester. He says that even he has hard times because of the sometimes mysterious expressions and the many translations of the text. He also assigns us to some readings, two short stories both based on modernism during the early 20th century in Asia. Wings by Yi Sang and Sinking by Yu Ta-fu.

His melancholy was getting worse with time. To him the school textbooks were as insipid-tasting as wax, dull, and lifeless.

The stories were surprisingly good. I loved the language between the lines and the use of monologue. I read the stories again and again and take notes.

And yes, the professor was right. The Doctrine of the Mean is the hardest text so far. I had to rewatch the videos, again and again, to fit the vague concepts into my mind. I read the text also.

The finals come faster than the midterms.

It’s been a pleasure to study with you this semester. I will post the final exam online next Wednesday at 12. Like last time, the exam will be taken till 1. Please refer to the midterm exam for the format.

The students leave swiftly. I thank the professor and leave slowly.

After the test, I opened my textbook once again which was something I didn’t do often. I read my writing.

I wrote down many metaphors from the text and from the professor’s lectures in my textbooks.

Do not judge the cup by its appearance. Rather look at what they are holding. A beautiful golden cup may have poison while the old cup may have fresh water.

You must have a plain background before you can lay on the colors.

The twittering yellow bird rests on a corner of the mound. When it rests, it knows where to rest.

Yet even a hair possesses the great principles.

It is only when the cold season comes that we know the pine and cypress to be evergreens.

Long after the finals, I found myself coming to one particular writing. According to the professor, in The Doctrine of the Mean, this writing is about self-cultivation and not blaming others. I think it’s possible to extend its meaning, based on the interpreter.

It is about practicing archery.

The Master said: “Practicing archery is like practicing to be a Superior Man. When you miss the bulls-eye, you look for the error in yourself.”

To become a better person, you should not blame others. Rather, you should look into yourself while knowing that the wind may not blow in your favor.

I still remember. It was beginning to rain when I last saw her. Neither of us brought umbrellas so we said goodbye quickly. She headed for the station. I headed towards the nearest bus station. Along the way, I see a couple sharing a single umbrella. It’s a small yellow umbrella so they stick their shoulders together. The raindrops thicken from straws to bullets. The bus stop is full of people and I try my best to squeeze inside.

Do you want to hang out again? If you have time?

She looked at me and smiled.

Even if she didn’t have lipstick on, she would still look beautiful. Truly. She wasn’t the person who would fake their appearances to get more likes on social media. She was much more than that.

But maybe I wasn’t. Yes. Maybe she deserved someone more than me. Maybe I didn’t do the best I could do and what she deserved. Maybe we were meant to be alone on our separate ways towards the future.

Yejun Chun was born and is currently writing in Seoul, South Korea. He studies comparative literature and English literature at Yonsei University. His work is forthcoming in Hobart, *82 Review, The Drabble, among other places.