The Day the Music Should Have Died: Game 7 of the 1979 World Series 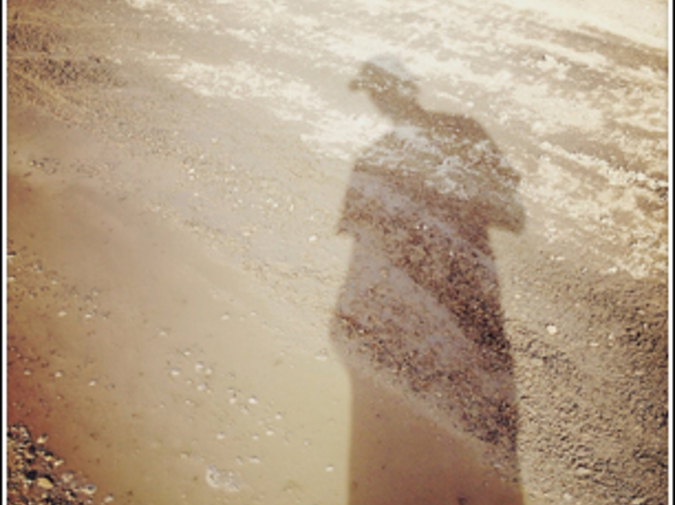 We are family
I got all my sisters with me

Do you know the song “We are Family” by Sister Sledge? Of course you do; you don’t even need to think about it. When you were nine, in your early self-exploration of pop music, when everything was new, did you think it was pretty amazing? When you were a teenager, was listening to it as shameful as masturbating in your parent’s basement? Have you listened to it all the way through in your adult life? Does hearing it even for a second on some FM station today make you kinda sad for everybody, and force you to gaze off into the distance? Turns out, it gets worse: “We are Family” is no mere Best of the 70’s, 80’s and 90’s touchstone; in 1979, it served as the anthem for the World Series winner, the Pittsburg Pirates. It’s so intertwined with that team it’s mentioned in the first paragraph of their Wikipedia entry.

Speaking of oft visited Wikipedia entries, would Paul Bunyan have liked sports? How much better would American history be if Paul Bunyan actually lived? Should we all just pretend he did? Would you find secret joy in Paul Bunyan beating the holy hell out of Johnny Appleseed? Well, there was a Paul Bunyan-esque sports fan once: Wild Bill Hagy. He drove a cab, had long hair and a longer beard, wore a cowboy hat, jorts and striped socks and was the “cheerleader” for the 1979 World Series loser, the Baltimore Orioles. Wild Bill would lead the upper deck of Memorial Stadium in an O-R-I-O-L-E-S cheer (amongst others) almost every night. Was Paul Bunyan a heavy drinker? Well, as there probably wasn’t much else to do in Minnesota in the 1800’s, all signs point toward “Of fucking course he was,” but even a drunken Paul Bunyan couldn’t compare to Wild Bill—who, in pure Bunyan style, brought his own beer to every game he attended. And when he was barred from doing this, he stopped going to games. That’s the dedication Wild Bill had to the Orioles—he knew they’d want him at his best, and his best meant plowed.

But that song. That song! Even before the 1979 series, if you played “We are Family” in front of Wild Bill or his friends—and they were all his friends—you could most likely expect a broken bottle to come raining down upon your dome.

My father, Fred, and uncle, nicknamed Ace, were O’s fans back then, and along with Wild Bill, followed them as they went 102-57, won the pennant, and headed to the World Series. The O’s got off to an excellent start in the 1979 Series, taking a 3-games-to-1 lead. They lost games five and six, setting up a deciding game seven to be played at the O’s Memorial Stadium. In 1979, you could buy tickets to Game Seven of the World Series even if you weren’t a Koch brother, and Fred and Ace did just that, mounting a rambling burp of a bus to make the 90 minute trip.

It was a brave act. The O’s were poised to achieve the rare double indignity of blowing a 3-1 series lead and losing the final two games at home.

The O’s did achieve the double indignity. Like stunned, well-meaning frat boys, they crapped the bed in games five, six, and seven. Lost them by a cumulative score of 15-3. Worse, maybe, was that none of these games were instant classics; they were the type of games that get played every day during the baseball season. The O’s did manage to give up two runs in the top of the ninth in game seven, turning a tight 2-1 thriller into a 4-1 inevitability, but no single moment defines this series. That mantle was, instead, taken up by the disco stylings of the Sledge. Loving life is fun!

The lack of fight in the O’s particularly infuriated my dad and his brother. They felt it in their very marrow, they felt it in their sinuses. The bland death the Orioles laid down to accept created a backwave of fury that whomped into the stands, crashing down on the seats holding two disgusted brothers. Here was the fury Fred and Ace and Wild Bill and all the rest of them wanted to see blasting out of the O’s! Why hadn’t they gotten mad? Why?

Fred and Ace got mad. Enough for the O’s, enough for everyone. Fred and Ace threw down. They looked around, picked the inevitable fight with Pirates fans. Aw, shaddup, they were told. Not even a punch thrown. Their mouths ached with the absence of slug. The opposite of sated. They did what any self-respecting family member did: they got on the bus, and they fought each other.

Fred: Jesus that was a train wreck
Ace: Yep
Fred: What a choke
Ace: Yep
Fred: Les Boulez1 should be good though
Ace: Yeah
Fred: I swear to Christ Al Bumbry is fucking awful
Ace: Wait what?
Fred: You realize that Al Bumbry just went 3 for 21 in the G.D. World Series RIGHT?
Ace: You realize that Al Bumbry hit .285 while playing a very solid centerfield right all year right?
Fred: HOLY SHIT YOU HAVE NEVER BEEN MORE WRONG ABOUT ANYTHING IN YOUR LFE

I’m figuring it’s hard to yell at somebody on a bus. Sitting side by side, you’d have to contort your body so it’s up against some cheap plastic armrest to really get in a good position. But if you’re committed, you don’t let the particular ergonomics of a bus stop you. Fred and Ace were unstoppable, it could be said.

In the Pirates locker room, deep man hugs were exchanged, champagne was guzzled, “We are Family” was pumped from the speakers. Legacies were cemented. On a bus chugging toward D.C., Fred and Ace were getting operatic about Al Bumbry. A different kind of legacy. It was the start of the end for Wild Bill’s baseball. I don’t know what Wild Bill Hagy did the night after Game Seven ended, but my father and his brother were conducting the funeral rites for him. In the only way possible: loudly and angrily.

Can we admit baseball has gotten a little twee? George Will, Ken Burns, Field of Dreams, NPR-approved indie rock as the soundtrack. Wild Bill Hagy wouldn’t have given a shit about any of that. The baseball cognoscenti feels obliged to compare any exciting moment with the American experience. Look, the last game of the 2011 regular season was amazing (in part because the High Lords of twee, the Red Sox, collapsed in flaming ruin) but did we need to get all weepy-eyed? Did SportsCenter anchors have to lecture us on how much we should appreciate it? Did the corpse of Robert Frost have to be dragged out and forced to write a poem celebrating the chock of a hit, the perfect American base? Is that the part of the game Wild Bill loved? W.W.W.B.H.D., everybody!

Would Wild Bill ever say, “Wow, this game sure is romantic, and such a metaphor for life! Someone hand me a pencil!” Sure, he might say that, but he’d be slowly pouring a beer onto your Keds as he did.

It’s time to reverse course. We need to bring our own beer into stadiums—jammed in to the pockets of the parka you’re wearing in July, or disguised in Coke bottles, or blatantly carried in because, remember, W.W.W.B.H.D.—we need to make up chants for about every batter—and the opposing team’s pitcher’s sister—we need to wear jean shorts. And then we need to go home and never try to tie what we just saw back to the industrial revolution.

And we’re good on family. No more “We Are Family”; a two-year moratorium on father and sons playing catch. Wild Bill didn’t need to tie the game into a familial experience and my father and brother riding on that bus didn’t feel closer to each other; they hated each other. And that was real. You get pissed and drunk and angry after something like that Game Seven. You say awful things but those awful things are you. They’re authentic and of the moment. More authentic than Kevin Costner walking slowly toward Ray Liotta.

It’s still a great game—still pretty much the same game Wild Bill Hagy loved in 1979. The game doesn’t need to be overhauled to be great again, just stripped down, made more sleek and new and forward looking. Nothing too drastic; I’m not talking about turning it into some sports car. More like turning it into Wild Bill Hagy’s cab. Because, though it didn’t look like much, that cab could move man, it could really move.


1. Point of order: Les Boulez wasn’t used to discuss the Bullets until Tony Kornheiser created it in the late 1980’s. So that phrase wouldn’t have been uttered on the bus. However, the laws of decency now require all reference to the Bullets to be made by calling them Les Boulez — anybody who says “Bullets” wasn’t there. They didn’t live it. They have no idea who Mitchell Butler was or could have been.