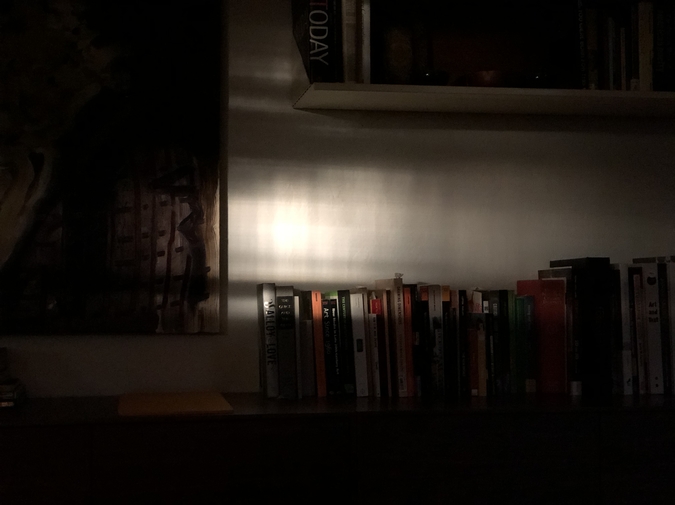 The cage was located in the back and, technically speaking, was a separate store: enclosed by chain-link fences, it housed rows of metal shelves on which were stockpiled stacks of used books. The books were arranged by section—house and home, fiction, sports—but how they were organized within those sections was anyone’s guess. Drew didn’t think there was an order, and wondered how the cage’s employees ever found anything. But then, he wasn’t sure what the workers in the cage did in the first place.

Darla and Sienna were pleasant enough, yet their devotion to one another was unsettling; one was never seen without the other; they even took restroom trips together. Hugo, a squat German man, had greasy hair and bad teeth. And Quinton Bell, the manager, was a staid, thin man who favored faded jeans and flannel shirts.

Drew visited the cage regularly, as the store’s employees were allowed to browse its contents and select whatever they wanted to buy. The one condition was that the manager had to be there. When you were ready, you’d take your books to Quinton, who’d price them. He gave fantastic prices: most books he’d mark as two or three dollars; a large hardcover he might price as five or six dollars.

But you had to interact with the man.

Quinton Bell’s was an unnervingly quiet voice. He never laughed, and Drew could never imagine him getting angry. But the cage’s manager’s most disconcerting tendency was the way he’d stare at you.

“Hey, Quinton,” Drew said, approaching the wooden counter that served as the cage’s manager’s workspace. He placed ten or twelve trade paperbacks on the counter’s edge. “Think you could price these for me, when you get a moment?”

“I’ll do it right now.” Quinton then stared at Drew, yet he made no move to price the books. Drew scratched the back of his neck, looked up at the ceiling.

But at least when Quinton did price the books, he, mostly, kept his gaze on the merchandise; and it was then, while talking to Quinton, that Drew learned, to some extent, what the cage’s function was.

It was a distribution center for the Barnes and Nobles that had a used book section: the books were priced, cataloged, and shipped to these Barnes and Nobles, which were located across the country. But that was as much as Drew learned. He didn’t know where the books came from, nor did he know what type of inventory the employees took, if any (e.g., he never saw Quinton write down or document any of the books he priced). And although when Drew visited the cage, the employees seemed busy—sitting at a counter sifting through books; transferring books to a shelf; climbing a ladder to retrieve books from a top shelf—he was never certain what exactly they were doing. And, as he never talked to Quinton longer than necessary (as soon as his books were priced, he’d take them, thank Quinton, and leave), he never learned the answers to these questions.

At times, Drew thought it might be pleasant to work in the cage, and once or twice he entertained the idea of getting transferred back there. But he couldn’t imagine working with Darla, Sienna, Hugo, and Quinton. Additionally, the cage’s employees never interacted with customers; and as much as the public got on Drew’s nerves, he’d felt he’d rather work with it than be cooped up in the back.

Still, the cage’s isolation could sometimes be seen as an attraction, especially after working on a Saturday afternoon or on a day right before Christmas. And though Drew frequented the cage at different hours, his favorite time to visit was after his 8:45-4:45, or ten-to-six, Saturday shift: exhausted but relieved, even somewhat lighthearted, he’d walk through the open, chain-link door, making sure he saw Quinton and Quinton saw him; and, tired yet luxuriating in his freedom, he’d stroll past the book-crammed shelves towering above him and glance at random sections—humor, music, history—until he reached fiction.

He never had a limit as far as how many books he’d choose, but he’d always get more than he intended. There was just so much: from books of his favorites he hadn’t yet read—an old yet pristine copy of To Have and Have Not, a paperback of War All the Time, a brand-new-looking hardcover of Me Talk Pretty One Day; to the essential but not yet owned—an ancient paperback of The Age of Innocence, a recent translation of The Brothers Karamazov; to the novel and unusual—a hardcover of Charlotte’s Web, a paperback of The Golden Compass, a compendium of James Thurber’s essays on dogs.  By the time he’d amassed a pile so large that his arms would tire upon carrying it, he’d bring his books to Quinton.

Afterwards, free from Quinton’s presence, and not only happy that his shift was over but elated that he had the next day off as well, Drew would tote his books across the warehouse, his footsteps echoing against the walls and high ceiling. But in addition to exhilaration and relief, he’d feel something else: for despite the fact that he didn’t like working at Barnes and Noble, he’d been exposed, through his job, to more books and authors than he’d have been otherwise. He sensed he’d found something he wanted to be a part of; a realization made through the anticipation he felt knowing he’d soon be home, perusing his books: despite all else, something many others, perhaps, only experienced rarely, or never at all.

S.F. Wright lives and teaches in New Jersey. His work has appeared in Quarter After Eight, Linden Avenue Literary Journal, and Elm Leaves Journal, among other places. His website is sfwrightwriter.com.