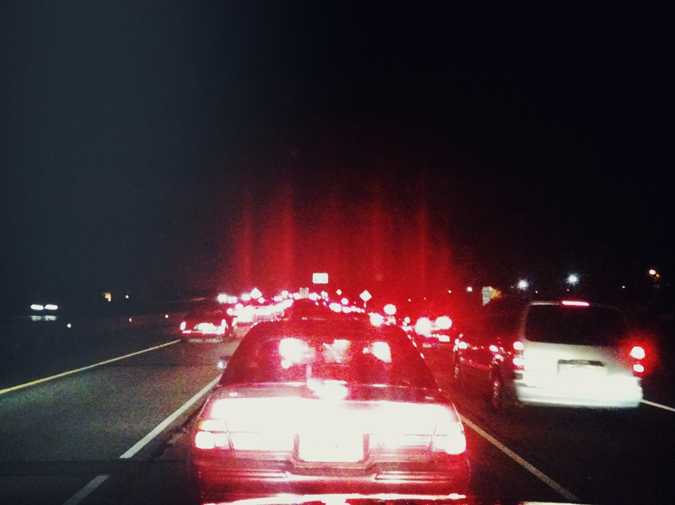 The Baby's signature sportcoat was caught in the cab door again. "Every danged time," he muttered into his coffee. He disliked being seen riding in a cab, certain that others assumed he had a bevy of personal drivers. A coterie? A bunch of them. And now here he was, headed to the scene of the deal in a white—essentially an off-brand—cab. His marine blue and goldenrod checked sportcoat managed to be both bunched uncomfortably behind him and splayed oddly outside the car door, like some kind of goddamn pizza delivery logo, only this vehicle appeared to be advertising delivery of products related to The Baby.

The cab driver gave him what The Baby's niece would call "the side eye" in the mirror. "Who?"

"Sir, will you please go around the corner when we get to the address? Don't sail past the front of the Glory, but drive around to the street behind it thank you?"

The driver gazed out his side window. He had the half-lidded look of a man who wasn't driving anyone anywhere, but was drifting off to sleep in his own backyard reading his third Dick Francis this week. His tongue fully investigated the curve of his upper gums and half of his lowers. The Baby raised his scant brows and began to consider what sort of tip he'd be leaving or not.

The Baby’s tailor was certainly no stranger to the coat situation; they’d discussed it many times. "My sportcoat tends to catch in car doors. Is this something of a common complaint with other clients?" Each time the topic arose, his tailor reminded that there would always be "frankly, a lot of extra fabric when you're sitting down" due to the oddities of his build. Only the tailor didn't use those words. He used words like "magnificent" and "highlighting your gifts" and "Who needs a lot of leg anyway? You have this entire long trunk like a redwood or an elephant, king of the forest!" The Baby would beam with pride, yet would have a hard time summoning the feeling up again later.

“A man’s tailor is important,” The Baby offered. The cabbie’s eyes swam with uncare.

“Now, please go around the block when you get to Stort Ave., yes? I need to be let off around the block from the Glory, you understand. I mean, it’d be one thing if this car was yellow? With my jacket. There’s a whole chunk of it just. And you never know who. And frankly, people have certain.”

The cabbie turned right onto Stort and sailed defiantly past the Glory, just as if The Baby were a mute. The crowd outside definitely saw the chunk of material, against the car’s white door, completely outside of the jacket’s context. It felt exactly like having one’s family crest used as a diaper. The Baby was livid. “Just let me out right damned here.” The cab eased over half a block from the crowd outside the Glory. “I truly hope you’re happy with yourself. I see my niece and she . . . is particular and now you have just done it.”  The cabbie smiled, taking his fare. “Hi to your niece, Isadora Duncan.”

The Baby spun around and faced the cozy neon barcade known as the Glory. He’d long been interested in the interior, and now he’d been invited in. The barcade was a public place, but so was Chess King, technically--sure as shit didn’t mean just anyone swanned in. He stood smoothing his brow when Amanda spotted him and walked swiftly over.

“I know no Uncle Julian.”

“Yeah, that’s gross. Did you bring my stuff?”

“Amanda, not to worry. I’m glad you’ve called me here.”

“Mom said you’d bring my inhaler and give me twenty dollars. God, look at you. If you don’t hand it to me right now and walk away, I’m going to call her and tell her your wiener is outside that fucking clown outfit you’ve got on again.”

“Amanda. What?” The Baby’s gaze darted wetly about as he tried to deal with the word wiener.

“I’ll tell her you have a weird little yellow and blue checked jacket for it. She’ll believe that shit.”

“I’ll tell her you rode past here with your wiener slammed in the cab door in a little jacket. You basically did.”

“How would I even be standing here if.”

“THE BABY! Hey, Amanda’s uncle! You still like to be called The Baby?” The voice belonged to a 15-year-old hang-mouthed piercing pagoda in rustling pants.

“Hello, D. My niece has asked me to meet her here at the Glory. I thought it possible I may run into other acquaintances, nice to see you. It took me a while to get here, my driver Jenkins came in late today. He was asked to consult on an etiquette course. A course manual, actually. Driving etiquette? Soon to be mandatory, for drivers and non-drivers. Jenkins proposed it to the senator, and now it is a thing.”

And that was that. Amanda and D stared at The Baby, while he took a long draw on his coffee.

“How’d you not spill that in the cab, bro? And shouldn’t you be drinking out of one-a those nipple-having bottles? Being The Baby and all?”

The Baby sighed. “I don’t know, D, shouldn’t Mack the Knife be regularly cleaned with a gentle, non-abrasive detergent, sheathed, not over-waxed, and left in a dry drawer?”

“He should not. Amanda, shall we enter the barcade and make our exchange?”

“I’m not giving you anything, Julian, so it’s not an exchange. Whatever will get you to give me my stuff, let’s just do it. Take off your jacket, hide it, and walk behind me.”

Savoring the three-step climb into the Glory, The Baby felt himself inside the frame of a picture he’d studied many times. He left his jacket on. He entered the barcade, and felt his lines begin to come to him.

Pamela Harcourt cunt hundle the truth. She lives in Chicago and tweets attwitter.com/clickwiener.