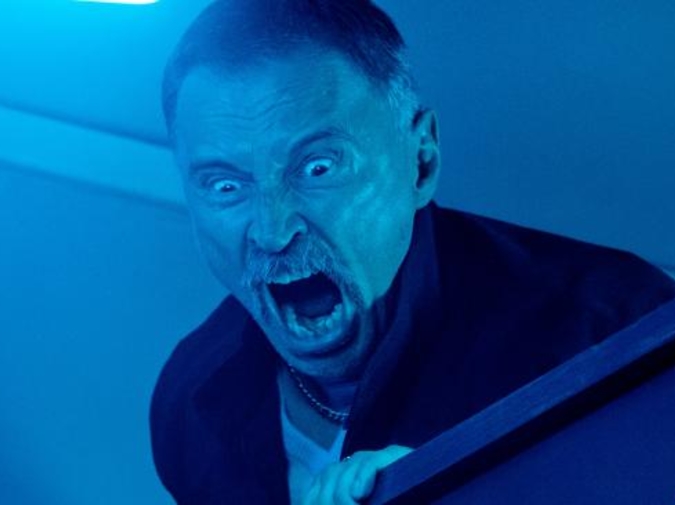 You know you’re old when your flaws never catch you off guard, when what people don’t like about you is no longer news of any lasting import, when the ceaseless berating from others becomes too literal to require debate; even the most obvious slight has devolved into another motivation and your stentoriously achieved exploits turn the present unreachable, so that the only way to feel sexy is to abuse the rewind button. Trainspotting 2 is nostalgia divorced of the initial desire for profit, an introverted relative forced back home by harsh times to live alongside the original. Aging modifies us into decreasingly comforted discard and this is a rare movie franchise that navel gazes with grace, that turns its own bilking into concurrent art. From iconic cultural acceptance into the fated niche of grandpa’s whispering widow, the best toy resembles your grave and vice versa. Even faded scars leave a worthy signature. To hear how adult men wept upon the variety show entrance of that constipated wig and its greedy cameo whore, the money beasts rebooted for Star Wars: Force Awakens, I had quite the cackle. Then I saw Renton stand silent before Sick Boy over the pool table, both cracked and rounded by twenty years. Were there a solo tear somewhere deep within the socket of my eye, I'd have rolled the dust out so it might take flight, for all my choice adventurers when I was thirteen mainlined their zap guns and fucked each other with the ruby barrels. The violence was a hyper realistic ballet, equally intense but stylized beyond practicality, ironic but meant, mainstream but not sold out. Style finally dominated substance and replaced it with ground zero in a tuxedo. For a short time, they found a way to pry the chrome off reason on a massive scale. Nothing felt synthesized for the outwardly sanctimonious ultimatum so pivotal to our clickbait. To be of a certain forgotten era meant your early life was a training montage against bogus pieties. Sounds almost mythologized until you remember what my generation and younger stumbled into once grown: the utter reversal of our every elite capability to alienate, cripplingly polite human luggage, the paper doll gazette we volunteered to be, nobility goons subscribed to the cheapest moralist jujitsu imaginable – a generation so hobbled by the glue inside its pocket that suicide would be redundant. Just rub some fucking kale on our gums and point into the snap chat. When are we going to collapse our online memberships into a borg called Soap Box Reboot? Do I keep a former lover’s article of clothing, angrily rubbing lotion into its congested center until a frayed face being pleased elsewhere haunts the room bright as a candle? I dunno, but the world’s full of fuckers who say the word quest and mean it. Enough Andy Rooney ballyhoo, I’m actually in love with that I never was, and am especially not now, welcome here alive. Yes, the days wash over me like Crystal Pepsi urine.