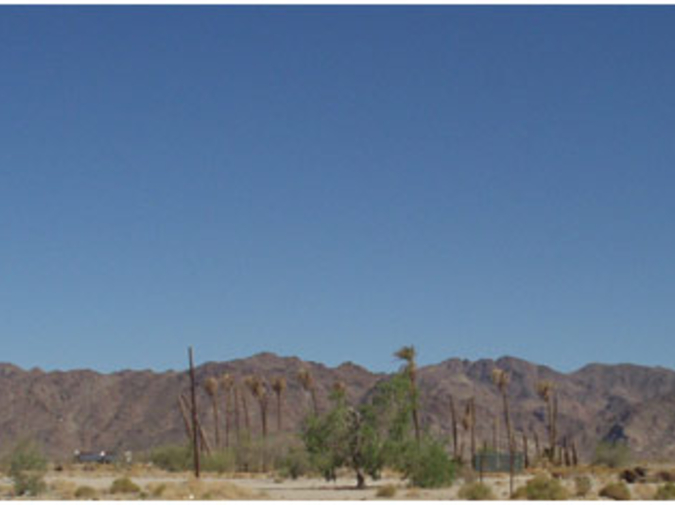 Riding through the desert I came across a cowboy in the narrow shade of a saguaro. He was doing stomach crunches. I crossed my arms over my saddlehorn and watched him for a few reps but ended up just studying the wavery horizon, as punctuated by his rhythmic breathing. It was hardly labored. I didn’t want to interrupt him, of course, but by the time that became an issue I’d been there long enough that to wheel around and continue on my way would be a comment on his hospitality. It would matter little now, but six or nine months down the road he might split a pair of batwing doors in some miner town on the boom, and there I’d be at the bar, and there might be words, or at the very least a prolonged session of averted eyes, culminating in one or the other of us over-imbibing. So, together, in our heads, we counted to fifty by twenty-five, at which point—raising my arm in preparation at sit-up forty-eight—I coughed politely, suggesting neither that I’d been riding drag since Amarillo nor that my water bladder was long since dry. Just that, as was obvious, I was there.

He stopped half way to his knees, his arms butterflied out from the side of his head, and squinted up at the silhouette I had to be for him. So as not to cause any misunderstandings, I rolled my shoulders as if stretching, giving the sunlight opportunity to glint off any badges on my chest, had I been wearing any.

“Yes?” he said, the apparent weariness in his voice transforming me at once into someone who had just recognized him through the plate glass of a barbershop, and now feels compelled to interrupt an otherwise pleasant shave.

I took my hat off, rubbed my stiff sleeve across my forehead.

“That your horse there?” I asked, nodding to it, then made a production of clamping my hat back on.

The cowboy answered by sitting up and purposefully regarding the only other horse in this desert that could be his.

And then he pulled that penetrating stare back, settled it on me. Leaned over and spit a teal line into the sand as if clearing his mouth.

“That your’n?” he said, nodding to the mount under me.

I grimaced inside, was prepared to grin displeasure if need be, possibly squint, but fortune was on my side that day: a scorpion chose that exact moment to scuttle across behind the cowboy, in the wallow his sit-ups had carved into the sand.

Without looking over from him I drew and shot, one liquid motion, plugged the scorpion in its tracks.

The cowboy didn’t flinch, just gave an amused snort. His arms looped over his knees now, his left hand circling his right, his own holster looped over the Bowie stabbed into the trunk of the saguaro.

“I interrupting you here?” I said, leaning back so as to look down my own chest without my hat giving shade to the single cartridge I had cause to thumb into my cylinder.

“Interrupting me . . . ” he said in reply, as if considering its many and diverse meanings.

“I just—” I started, but he wasn’t finished yet: “You figured since we’re the only two out here, maybe we should hombre up? Chew the fat, as it were?”

Working with a deliberation that had to belie my years, I unwound my neckerchief, used it to dab unnecessarily at the outside corner of my left eye.

“I am interrupting,” I told him, nodding in deference if not quite apology, giving my mount signal that we were moving on.

Before I could pocket the neckerchief, however—putting it on in the presence of company has always seemed such an undignified act—the cowboy coughed once, in mock attempt to disguise his laughter.

I cut my eyes back to him.

“I should be insulted,” he said, “that you would think me capable of behavior such as that.”

Over his shoulder, his horse whinnied, greeting mine.

“Meet all kinds out here,” I said back, not deigning yet to relax my face, as this might be a continuance of the ruse—me, dry-gulched by his wit, the vultures above snickering at this outcome, that Bowie-wound in the cactus weeping down through the spines for me.

“That you do,” he said, lying back into the sand again, oblivious of the chance of a scorpion stinger buried there.

And so he started again, his workout incomplete, apparently.

For another fifty-count I watched him, and finally had to smile.

His breath was coming with more difficulty now, his spurs occasionally breaking free of the sand, the saguaro’s shade dialed past him a slight bit, the minute hand of an immense clock.

“Well,” I said to my mount, my hand along the quivering muscle of her neck, and then, with all due surreptitiousness, let my other hand brush my own stomach.

The last boarding house, the fare had been beans, and then more beans, carbohydrate on top of carbohydrate.

“You mind?” I called down to the cowboy, and when he didn’t answer I settled into the sand a discrete number of steps away from him, my horse hobbled loosely, and proceeded into my own sets of labored crunches, and in this way we settled into the arduous task of taming this inhospitable land.

Stephen Graham Jones’ next two books are The Ones That Almost Got Away, a horror collection from Prime, and It Came from Del Rio, a bunnyheaded zombie novel from Trapdoor. He has six more novels and one collection out there already, and probably a hundred and twenty stories around. Stephen teaches in the MFA program at the University of Colorado at Boulder.