Strawberry Is Learning To Fly 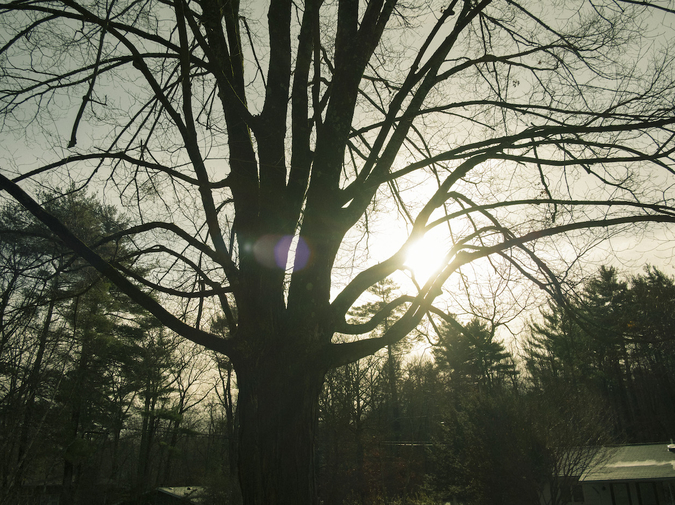 Cousin Joel is building an island except it’s a treehouse. Who says islands needs water? he asked. Mine is a tree island. It’s something surrounded by something different.

A few days ago he picked a tree at the back of our yard and nailed some wood to it. He’s making progress. I’m standing in my nightgown with my toes squishing in the green-green grass. Missy go inside and read a book, he yells. I don’t listen.

Cousin Joel is my father except he’s not. My father is my father. Cousin Joel looks after me and I stop him from putting his fork in the microwave or trimming his eyebrows with nail clippers.

I learned most things from my mom who looked like me but old. We used to sit on the porch swing, her fingers in my hair and my face buried in her sweater. She told me there are always as many birds in the sky as there are on the ground, that life is full of lemons but sometimes lemonade is a bad investment, and I should never smile if I don’t want to.

Love is the reason for Cousin Joel’s tree island. In town lives a girl with blond hair and extra pink lips. Once she said to him, that birth mark on your arm looks like Texas. He said, I know I call it Texas. Now she remembers his name and he loves her. He calls her Strawberry. Her name is Diane.

I’m afraid you’ll fall, I shout to him. I’ll land on you so I won’t get hurt, he says. I put my hands on my hips and I feel like a little mother.

Strawberry is learning to fly hot air balloons. Any day she’s going to fly above this old house. Cousin Joel wants to be ready.

When I was ten my parents left for a vacation that’s lasted three years and five months. I lived alone for a week. I slept under my parents bed, learned the creak of every floorboard, carved drawings in the wall with my father’s screwdriver. I thought the world was over. When Cousin Joel found me, he held me until it went black outside and never left.

I could build a whole city up here, he yells. What if you’re destroying a bird’s city? I yell back. This is none of your beeswax Missy, he answers. I lie down with my arms spread like wings. There’s no sun and the clouds look like squashed grapes.

I get a shovel from the garage and start digging. If he’s going to put something in the sky I have to take something out of the earth. Balance. I get a foot deep when Cousin Joel climbs down and takes the shovel from my hands. Missy, he says. Come take a look.

Up here, we can see for days. I think my parents are dead but Cousin Joel doesn’t want me to think that. I want to tell him that I felt the world end. I grab his hand and look out onto the swamp, the way it darkens in the middle and bleeds onto the grassy edge. He searches the sky for Strawberry, his eyes lit up bright. She’ll see you, I say, even though she probably won’t.

Mariya Poe is a senior writing major at Pratt Institute in Brooklyn, originally from a small town in mid-Michigan. She loves french fries, Buffy the Vampire Slayer, and being surrounded by dogs. She won the Stony Brook Fiction Prize in 2015. This is her first publication.