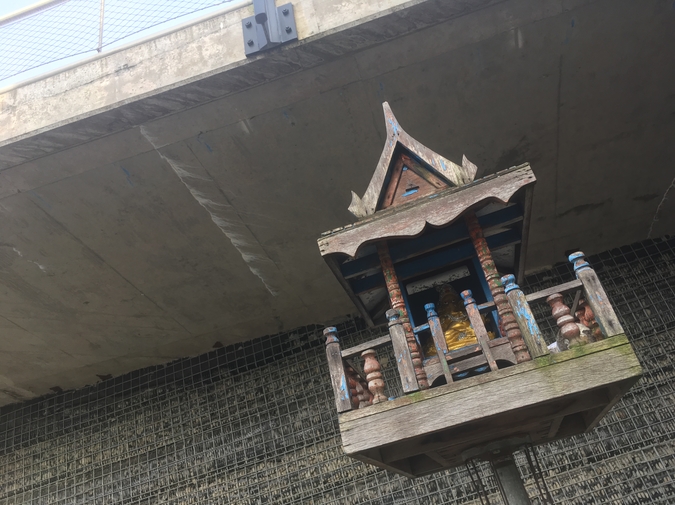 When I was little, my best friend Tamara and I stole. She was a year older than I was, treated me like a little sister, and taught me all the ropes. We wore sweaters on hot summer days, dresses too big for us, huge pants with pockets. We wore our hair up in large, round buns. All, so we could squirrel away the goods: barrettes and hair bands, cheap rings and bracelets. All the cute little things we wanted and our mothers wouldn’t get us or couldn’t afford. We stole Barbie dolls and Barbie outfits—the good ones with six pairs of matching shoes. We stole from the rich (Sears) and gave to the poor (the old lady who lived next door to Tamara who didn’t have a warm sweater). Tamara said that we stole everything that wasn’t nailed down.

One day as we walked by a house, we noticed that the windows were partway open on the first floor. We saw an architect’s drawing table, blueprints, drawing tools, all the pencils, pens, and erasers a girl could ever want. “Look at that,” Tamara said. We raised the window further and climbed in. In no time, my hands were full. “You’ll be able to draw all you want,” Tamara said. She was just about to reach for a pad of paper when a man’s voice said, “What are you doing in here?” I was terrified and looked at Tamara. We’d never been caught before.

Tamara and I looked toward the window. She said, “Our cat is lost. We thought we saw him come in here.”

He looked back and forth between us. I had a fistful of pencils behind my back. He reached for Tamara’s arm. “Come with me,” he said. “I want to talk to you.”

To me, he said, “You wait right there, or I’ll call the police and they’ll take her down to juvenile hall. And then they’ll come and get you.”

He pulled her into another room and closed the door. I was so scared I wanted to run, but I couldn’t leave Tamara there. Finally, the door opened. She was so mad, her freckles stood out on her face even more than usual. That was how people knew we weren’t related: the freckles. How amazing, I thought, that he could bawl her out and she’d just be angry and not afraid. She was so strong.

He stood there in front of us and ran his fingers through his hair, sweating as if he had a fever.

“I hope you’ve learned your lesson. Remember what I told you. Now go and don’t ever come back here. Or I will call the police.”

I kept my hands behind my back. He had to know I had the pencils, but somehow it seemed like he was giving me permission to keep them. Tamara and I crawled out the window the way we’d come in.

When we got away from the house, I said to her, “My God, Tamara, what did he say to you? What happened? Is he going to call our mothers?”

She spun around to face me. “Nothing happened. Nothing. He just gave me a lecture and made me promise not to steal anymore. Don’t talk about it anymore.”

I showed her the pencils. “Look,” I said. “I’ll share them with you. No matter what we get, we always share.”

Of course, we didn’t walk past that house anymore, or even down that street. Tamara’s aversion to that part of the neighborhood spread like a rash. For the rest of the summer, I saw her less and less. Soon, I didn’t see her playing in front of her house anymore. When I went to her house her mother said she wasn’t home, but I knew she was inside.

I moved that fall, but our paths crossed years later. I saw her in the hallway my first day of high school, standing with a group of what looked to me like popular girls. They were dressed in the latest fashions. Ah, I thought, looking at Tamara. She must be up to her old tricks again. I debated about whether I would steal with her again. She walked toward me, and I felt so good I wanted to throw my arms around her. I was certain we’d be best friends again.

“Slut,” she said as she walked past me.

I felt like I’d been punched in the stomach. She and her friends moved on down the hall, pointing and laughing at me. At the end of the hallway, she shouldered her backpack and quickly ran back to me. I thought she would say she was sorry, that it was all a joke, but instead she said, “Everyone envies my group because we’re popular. But you’re going to be popular, too.” She laughed. “Maybe too popular. I’ll make sure of it.”

She was true to her word. Soon, boys asked me out in a lewd, suggestive way. The girls I wanted to be friends with wanted nothing to do with me. I spent whole days not saying a word to anyone. I kept asking myself why.

After I switched schools, stories about Tamara drifted back to me. She dropped out of school. She got pregnant. My mother ran into her one time as Tamara waited to catch a bus to visit the baby she gave up for adoption. My mother said Tamara had become notorious. “You know,” my mother said, “when the two of you stopped being friends, I was so happy. All those things you stole. I knew about what you did, but I didn’t say anything, She was such a bad influence.”

It wasn’t until years later, when I had girls of my own—saw how they acted when something they prized had been wrenched away from them—that I realized what had been stolen.

Cathy Mellett's short stories have appeared or are forthcoming in Hobart, Arts & Letters, The Yale Review, The Literary Review, Confrontation, Dappled Things, Pif, The Great American Literary Magazine, The Rumpus, and more. She has just finished a memoir.