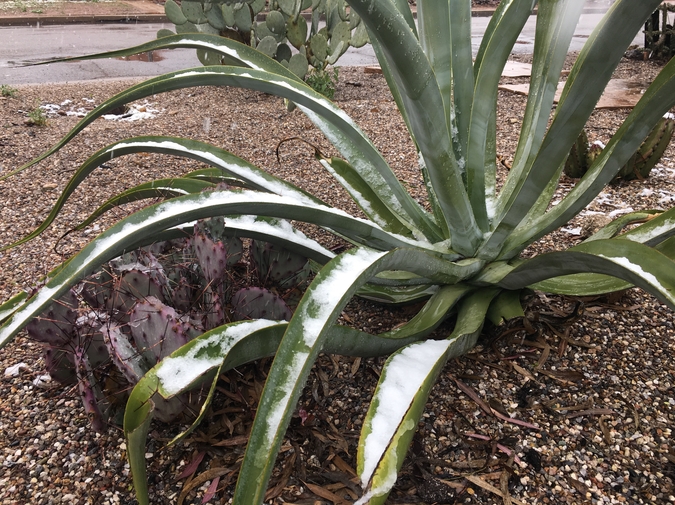 I had anted up already: pics in the too-small bikini top he liked, back arched in his favorite Brazilian-cut bottoms. Did you just take these for me? he asked. By your mid-30s, romance is infinite regress. Or infinite repeat. Or just infinite, like Groundhog Day, or samsara. I don’t reuse sexts! I replied. This is romantic. We understand this is romantic. It is, in fact, romantic to take pictures just for him.

So, I sent him pics, Big Romance, and told him Your turn when he wanted more. I asked for his mouth: that thing spilling out, Yes, yes, oh fuck. That thing with the bite. That thing that cages his moan. Did you know you can just ask for what you want? Say, Give me, Show me, Not til I see yours.

I want to see you licking something, I wrote. Maybe ice cream, or honey.

I stopped fucking him because every fifth day, he shoved a pencil through my heart. I Ended It, made him move his stuff out, and rearranged the apartment the same night he left. But we didn’t stop talking. I had made the thread between us thinner, I guess, longer, but I hadn’t cut it. All day there was despair of my whole life, everything that had gone wrong, rising around me, and I couldn’t keep my head above the water line without him.

So the new guy: maybe kinder, hopefully kinder, he’s a beekeeper. Or a cosmic joke. He has a black cat that catches spiders and rats and birds and sits slow-blinking next to his stone Buddha, two of a kind. Like most of the men, this guy does some or other marketing job and reads Murakami, but he also has big broken hands from working on fishing boats, and he keeps bees.

He brought a jar of honey to our second date. Fennel, he said half-apologizing, but I didn’t mind. I went to his apartment after our third date, and saw two big, wet footprints on his bathmat. I was not unmoved to think of him soaping his body for me. His kitchen table was covered in jars of honey, all hexagonal glass, and a broken wooden bee house full of honeycomb leaked on a baking tray.

I admit I liked the symmetry. I liked the metaphor. Most of all, I liked the comedy of leaving the man who called me bee and ending up with a beekeeper: someone who actually tends bees. A man who does the work, I thought, if there is such a thing. I imagined him in his beekeeping habit, his Disney prince of a face behind a veil, his big hands in even bigger gloves. I imagined him tending these small animals: a god-big farmer. And I liked the idea of one day telling the man who calls me bee that I am with a beekeeper now.

All the time, in the right front corner of my brain, I could feel The Ex, just the fact of his existence, like a mild headache. I wanted to paint over our years of bee-embroidered dish towels and bee-dotted wrapping paper, the wood-block bee print in his kitchen, the fat, knitted bee ornament I bought at the gift shop while he was at the midcentury modern exhibit—I wanted to make it all prelude. I wanted to make it all crumbs. I wanted the beekeeper to love it out of me, or at least fuck it out of me.

What base is it when he licks your face? He did that once, early on, The Ex who drew bees with big, looping wings on my birthday cards. He held my head between his hands in a moment of passion and licked the side of my face like a cut-open fruit. It felt like he just needed more of me, his hands felt desperate around my face, his body was over me, tense as a slap bracelet. But I don’t know now. Maybe he just wanted to see my face wet with his spit.

The beekeeper sent the video clip: spoonful of honey. Low rumble voice. My stupid heterosexual body softens for deep voices, seeps open for low vibrations. He dipped a spoon in honey. The camera was close, framing his mouth, jaw, midway through his nose—and then he was licking the honey off the spoon and I loved it. I loved that he did this for me. It’s romance even if I couldn’t see his eyes. I didn’t show mine either. We knew better.

And I wanted more. What to ask for next? The problem with dick pics is primarily the lack of context: a giant or not-so-giant floating penis, with a backdrop of thigh crease, pants around ankles, bathroom tile, hairy, pink feet.

So, I didn’t really want a dick pic, though I couldn’t stop seeing that moment when he pulled out of me and stood up to stretch and get fresh water: the dim lemon light, and his cock still hard, shining wet, slick with his own come after coming inside me. If the photo was that moment in profile, in black and white, the reed of his body, his big broken hands on his sharp hips, his head tilted back, his throat bared to god or the ceiling, the wet light along his erect cock—well, yeah, I’d take that one.

Instead, I asked for a picture of him hard under boxerbriefs. I wanted to see the outline of cock under clothing; I wanted to see desire pushing against something besides me.

I couldn’t sleep, the Ex wrote the next morning.

I was in bed still, trying to rouse myself from under the good weight of my cat. Aww, how co--I started to reply, and then an image flashed over my screen. It was the beekeeper, it was something obscene, it was what I wanted, what I asked for and got: fabric straining against his morning erection.

Did you sleep? The Ex wrote. I flicked the message away. Another angle appeared, the plane of pale stomach meeting gray elastic like a shoreline, like a bordercrossing.

Wow, I wrote to the beekeeper. Is that you right now?

This is me right now, he wrote, and sent a final picture: tented boxers flat, a banana lying on top of them. The banana he had put under them. A joke, a cosmic joke.

Hope Henderson is a science writer in Berkeley, California. Her literary writing has recently been published Pidgeonholes, The Rumpus, and The Rupture, and she is working on a memoir about disability and chronic illness. You can find her at hoperhenderson.com, and on twitter @hoperhenderson.