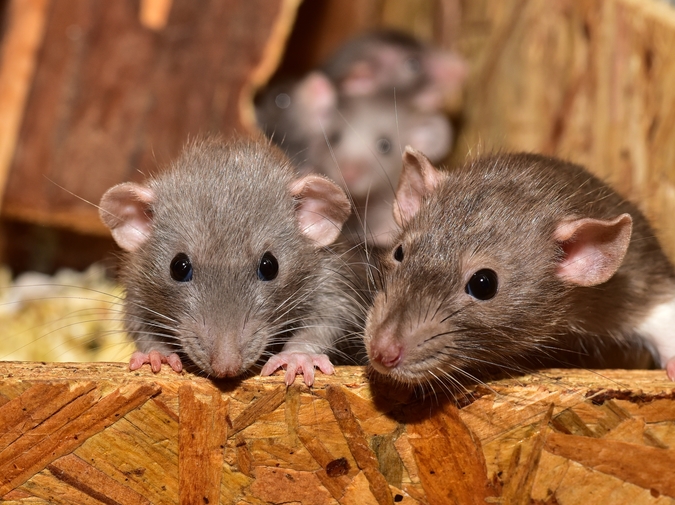 Before Sasquatch’s girlfriend got into rats, she had dogs. I don’t remember how many exactly, but a lot. One dog was called Pee Dog. Whenever I fell asleep on the La-Z-Boy, he soaked my leg.

Sasquatch and I liked to watch YouTube with Pee Dog. He barked along to music videos and howled at commercials from Japan. These ads were zany and strangely effective. After seeing one for a fermented milk drink called Bikkle, starring our favorite J-pop duo Puffy, I ordered a six-pack from Osaka. The Bikkle (pronounced “bee-kur-oo”) arrived a month later, and must’ve gone bad in transit, because it was really pretty awful. We took a few sips and gave the rest to Pee Dog, who lapped it up with glee.

There were plenty of great Japanese bands in those days, but Puffy was hard to beat: tight harmonies from Ami and Yumi, Beatles-esque guitars, hooks galore. Listening to a Puffy album was an adventure, like setting your CD changer on shuffle. The first track might be power pop or punk, the next ska or ‘60s-girl-group—all with a Puffy twist.

Puffy announced they were coming to Cleveland for their Splurge! Splurge! Splurge! Tour, and videos from the new album began to appear on YouTube: “Nice Buddy,” “Tokyo I’m on My Way.” We watched “Mogura-Like” over and over, learning the choreography.

At the show, the crowd was small but enthusiastic, and Puffy got us bouncing to brand-new rockers like “Girl Machine Gun.” When they played “Mogura-Like,” we broke into our dance and Ami and Yumi looked at each other with amazement. Sasquatch is a big dude (duh)—bearded and burly, yet surprisingly light on his feet.

I still stop by Sasquatch’s to watch YouTube now and then, but things have changed. Puffy hasn’t released an album in years. Pee Dog is dead, and the pet rats have taken over. Around 2 a.m. Sasquatch’s girlfriend yells down the stairs: “Will you two idiots go to bed, you’re keeping my rats up.” We try to tell her that rats are nocturnal, but we’re just wasting our time.

Drink: Bikkle White Russian. Just kidding. Have a Sapporo in one of those big silver 22-ounce cans.

Dan Morey is a freelance writer. He was once photobombed by a Japanese salaryman in the Delta Sky Club at Narita Airport. Find him at danmorey.weebly.com.