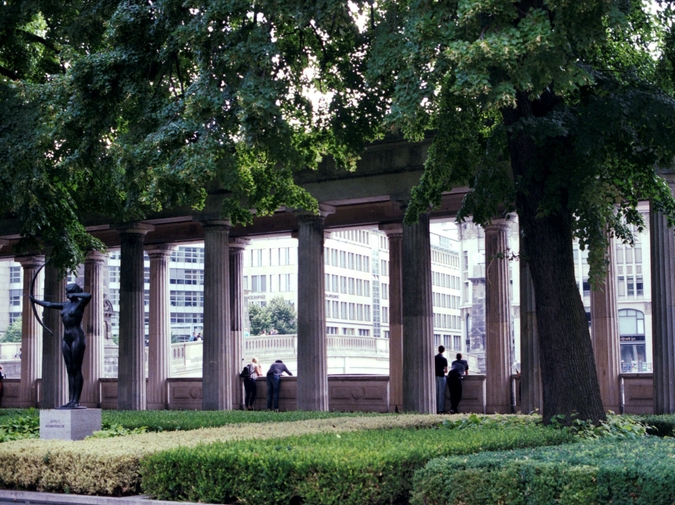 A one-way ticket from Berlin to Nice costs $32. On the plane, an attendant walks down the aisle with a roll of duct tape, worn around her thin wrist as if it were a bangle, and tapes the ceiling of the plane back together. I stare; she smiles, tight-lipped. As the plane shoots off the runway, it strikes me that we are flying at an incline so severe, it feels as though we are vertical. The sun is hot and bright – white – and for a few moments I can barely see. I have the brief and irrational thought that we might be flying straight into the sun. I reach for your hand.

In Berlin we’d acted like none of our actions had consequences. You bought a pack of tobacco and rolled it at the table at the bar while I’d pretended not to notice the image of the shriveled lungs – two sad, meatless raisins – on the side of the package. That’s the thing about American cigarettes: they just don’t have the balls to remind you of your own fragility. At least here they won’t let you forget you won’t get out of this whole mess alive.

A ping on my phone:
Within minutes of death, the muscles begin to stiffen, the skin slackens, and the internal organs begin to blister.

I’d just subscribed to an app that was going to remind me that I was going to die five times a day. It was based on a Bhutanese folk saying, and was some new thing I was trying, like how I go carb-free once every three years, or like the time I decided to drink 14 glasses of water a day. Sometimes the messages were tame, just some you only live once crap, but sometimes they were gruesome, and that’s really what I signed up for: to be reminded that one day, not only would I be gone, but that I’d be worm food. I’ve never cared that I’m going to die. I’m only afraid of suffering.

That night we went dancing at one of the smaller clubs by Annemirl-Bauer park, and you bought me three vodka shots and we danced as if we’d taken acid, even though neither of us would ever be able to work up the courage to do hard drugs. Once we tired out, we bought a pizza and ate it while walking home as the sun rose.

On the night that Croatia won the World Cup semi-finals, crowds poured out of the bars in droves and ran through the pouring rain towards the Zoologischer Garten metro station. Once under the protection of the glass dome, everyone around us wrung out their hair and hems. The world outside was a blur, as if it were melting. That was the night we had sex for the first time in three weeks: under the skylight, me on my stomach, face pressed into the pillow.

Another ping:
Contrary to popular belief, the fingernails do not continue to grow after death. Instead, it is the retraction of the skin around the nails that makes them appear to lengthen.

When we land in France, we head to the rental car center to pick up an ugly brown Peugeot – the only automatic car they have – and we drive down the coast. The water is so blue it’s like an exaggeration; you say it’s as if someone tipped a vat of indigo dye into it. When France wins the finals that night, the world shrinks. All that matters is this, now. But once we are back in our hotel room, alone, it becomes impossible to ignore the fact that we are falling apart. That night I can barely sleep, and I tell you so. You ask what is wrong and I am tempted to say it feels like you don’t love me anymore or it feels like you think I’m fat, but instead, I say nothing. I drift into a dreamless sleep.

Another ping:
Within days, the skin will discolor and the body may double in size in the putrefaction process. It is in this step that insect activity may first start to appear.

The next day is dark and dreary. It rains – spits – and I’m in a sour mood. We go to Ile Saint-Marguerite and are met with a storm so violent, it capsizes all the catamarans on the water and the rain hits the tin roof we have taken shelter under so hard that it drowns out all sound. There is lightning so bright that it completely whites out all vision for seconds at a time.

It takes us an hour to find our way through the brush back to the docks, and another hour for the ferries to start running again. While we sit and wait, I shiver, and you offer me your shirt, one of only two items of clothing on your body. It nearly brings me to tears, the fact that even though it feels as if you hate me, you’d still offer me this small kindness.

We make the drive to Provence, winding through switchbacks so sharp they make my stomach twist with each turn. We have a studio apartment with a view of the Montagne Sainte-Victoire, and we spend the next few days visiting the vineyards and the lavender fields. Each day we go to the market for herbs and fresh pasta and rose petal-hued wine. We make dinner each night and listen to Miles Davis play trumpet while we sit out on the balcony. I think about your backyard, in Brooklyn, with the hammock and the tiki torches we bought together at Home Depot. How we’d bought them on a hot day in July and biked home with them, taking up an entire lane on Nostrand Avenue, and I’d laughed as the cars passing us by honked. I can barely remember what it was like. Not a day goes by now where I don’t feel like chipped glass.

Each day we go on a walk through a different part of town, through the alleys, past the fountains and cathedrals, under the shade of the plane trees. One day we stroll down a narrow sidewalk along a cliffside, and I briefly wonder what it would feel like to fall down the rock face: would the falling feel like an eternity or just like any other passing moment? That night I lay in bed listening to the chirp of the cicadas while I count the days that have passed without us having sex: five days since we last had sex, two months since we had sex where it felt like you might still love me.

Another ping:
Within 1-3 weeks, the body will begin to actively decay. This is when the organs, muscles, and skin will liquify. The hair, bones, and cartilage will remain.

When it is time to leave, we start the drive to Paris, where I will stay in a 150 square foot studio alone while you take a flight back to New York. On the drive up speak ill of your ex-girlfriend. I imagine a world in which we have broken up, in which you are saying the same thing to your next girlfriend about me. In my head, I replace her name with my own, and it doesn’t even upset me. I eat an ice cream sandwich, the plastic wrapper crinkling as I silently listen to you ramble.

When we arrive in Paris, you park the car and offer to wheel my suitcase for me, weaving your other hand through mine, which is unlike you. We get to the apartment and I find I have to unfold the bed from the wall. Again I think back to your Brooklyn apartment, and how I’d helped you move by carrying furniture, bruising my shins while bumping into the sharp corner by the stairs over and over again. That night in the shower, you’d told me that all of your firsts in that new apartment had been with me, and then you told me that you loved me, and that was the first and only time you ever said it unprompted.

We’re standing in this tiny room – your back to the bed frame, my hip against the kitchen sink – and it strikes me, so suddenly and violently, that this might be my last chance. I want you to fuck me. It feels like a game, but you stare at me, two brown eyes devoid of emotion, completely lacking in interest. Do you want to fuck me? Now it feels pathetic.

I guess, you say.

It’s too hot. There are never any A/Cs in these French apartments, just a small fan in the window that somehow makes it even hotter. I’m on top, and we’re both sweaty and sticky. Neither of us is enjoying this, but this whole thing stopped being about enjoyment a long time ago. Now, I’m only here to prove something. I’m riding you and grinding and writhing and I’ll be damned if I let this end without a proper send off.

The check in times at Charles de Gaulle…you mumble. I relent.

We’re getting dressed and my heart is racing. As you're leaving, you turn back to me, lean against the doorframe, and ask if I think it's possible to love someone forever. I turn behind the kitchen, trying to think of something witty to say, something that will make me sound unaffected and indifferent. When I come up blank, I wonder that maybe if I just don’t turn back to answer you, you’ll leave and we can put this off another day, another week – I’m just trying to buy some time – and I’m right. When I turn back to you, you’re already gone.

A ping:
The fourth and final step is skeletonization, in which all soft tissue has decayed, leaving nothing behind but brittle bone.

Arielle McManus is a dual Swedish-American citizen, learning as she goes and writing from a tiny, sunlit room in Brooklyn. She is an assistant editor at Atlas & Alice, and her writing has been published by a variety of literary publications including Passages North, Entropy Magazine, and Cabinet of Heed, among others.