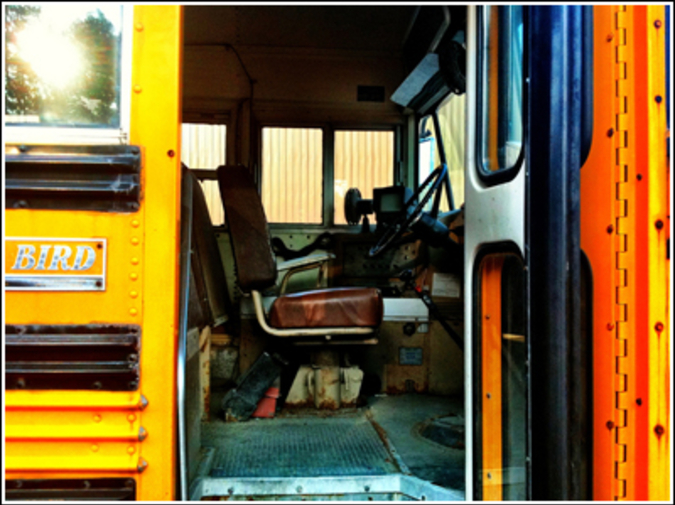 Gary sat with his face in his hands while Liz threw the last of their wedding china against the dining room wall. He’d called her “Mom” again, hurt her bad. Shards of Royal Doulton Precious Platinum ricocheted into the kitchen and bath and hall. An earlobe-shaped handle of what used to be a teacup. Bread plate dust. A tooth of creamer. “Jesus,” he groaned. “You know it was a slip.”

On June 10, 1985, Gary’s father, Joe, explained he was moving into an apartment on the other side of town. Gary was 10 years old. Joe, 28.  Joe put his hand on Gary’s shoulder and fondled a gray and black film canister of dope in his jacket pocket. He said, “You’re going to be the man of the house now, Gary.”

Two years after her divorce from Gary’s father was final, Rita decided to rent the efficiency over the garage to Joe and his slut. “I’ll help you out, Joey,” she told him. “Just pay the rent on time and try to remember that you have a son.”

Liz packed, stuffed bras, jeans, underwear in a hard plastic cat kennel. Fuck the suitcase down the hall. Gary decided to fix the towel rack in the guestroom’s bath. He jiggled the base. “I’ll have to get a toggle bolt,” he said. “These plastic anchors work for shit.”

Joe drove to New Haven in a rented Buick the weekend after Gary’s twenty-first birthday. “You go ahead and spend the big day with your buddy boys,” he told Gary on the phone before he came. “Your old man will come and take you out after that.” And he did take Gary out, just like he said. The clothes he wore were clean and pressed, and he even had his own money for once. At dinner Joe told Gary how his father made him celebrate his own coming of age at the harbor. A precautionary tale. They watched bums and sailors retch their guts out into the sea.

Mr. Mittens was hiding under the bed when Liz yanked his poofy black and white tail. She thought she’d grabbed a lost sweater until Mr. Mittens howled. “I’m so sorry, baby!” Liz cried. Gary called out “What happened?” but all he heard was, “Momma didn’t mean it, baby. Momma loves you so so so so so so much.”

Liz and Gary’s wedding celebration had been the social event of the season. Although Gary was nowhere near as well bred as his bride, he’d distinguished himself as a hero of his university’s track team, endearing himself to classmates and their fathers and grandfathers. He got the right internships and the right recommendations. He worked the system: discipline, law review, clerkship, reward. The wedding announcement occupied six and a half column inches in the Sunday Times. You could lay a dollar bill over the damned thing and still discover details of Liz and Gary’s fabulous lives.

Gary first addressed his wife as “Mom” shortly after they put Anna Claire in the ground. He sliced his hand on a screw disassembling the crib. Didn’t know where his head was at. Blood on the floor. Oh my God, so sorry. It was, of course, an accident.

During the early stages of their courtship, Liz held off introducing Gary to her family for as long as she could. Even after Gary had brought her home to Rita, Liz just couldn’t face her folks. “And what do your parents do, Gary?” she heard her father say. Gary, she knew, could take care of himself, but what was there to say about Rita? Jesus, what was there to say about Joe?

Gary’s apartment was ransacked during his last year of law school. No signs of forced entry. Gary saw the mess before his roommates. Prior to calling the police, he used a concrete doorstop to smash a pane from the back door in the kitchen. It was the last kindness, he promised himself, he would ever afford his father.

To celebrate the conclusion of her fiancé’s clerkship and the start of his new job, Liz dipped into her substantial savings and bought Gary a Burberry rain coat. Gary made a production of the coat when he brought Liz home to Rita on Thanksgiving. “Hey, Mom, check out my new coat,” he pranced around the kitchen. “Aren’t I stylish? Aren’t I handsome?” Rita laughed. Said she thought he looked very handsome no matter what he wore, but it was indeed a nice coat as far as fall coats go and maybe for Christmas she would get him something warmer.

After Joe got picked up on a disorderly conduct for throwing a half-filled bottle of beer on the track at one of Gary’s high school meets, he called Rita to help post his bond. Rita raided the Christmas fund. “Most holy apostle, St. Jude, faithful servant and friend of Jesus,” she cried.  “Pray for me. I am so helpless and alone.”

Liz and Gary waited until after the first trimester, like you’re supposed to, then informed their friends and families of their happy news. Gary even told Rita she could tell Joe if she could find him. Rita did find Joe. He came to town from wherever he was and called Gary at work. He was polite. He agreed to meet in a neutral space. He brought a bag of baby booties: one pair pink, one pair blue. As Gary held the bag, Joe clasped his hand on Gary’s shoulder. He shifted his feet, looked at his toes. “Son,” he said. “Gary. You’ll do a better job than me.”

Rita had planned to spend the weekend in New Haven when she helped move Gary into his dorm before the start of freshman year. She wanted to see the campus and meet Gary’s roommates and chat with the other moms and dads. Make sure everything was OK before she went back home. On Friday afternoon after Gary finished unloading the borrowed pickup, Rita abandoned that plan. “I might have left the oven on,” she told him. She kept her composure for about an hour and checked into a motel outside of Norwich. Before falling asleep, Rita retrieved a sheet of paper from her purse and dialed a number on the motel phone. “He’s a man now, Joey,” she said when the other line clicked on.

Gary came home from work with a shoebox-sized package from Rita under his arm and called out for Liz to help him open it. When Liz did not respond, he walked to the bedroom, drew the blinds, and said “It looks like Mom sent us something.” Liz opened her eyes, acknowledged her husband, and said that he could open the package and she would watch. Gary sliced the packing tape with his house key. “Jesus,” he said. “They have one of these for everything.” “One of what?” “A Precious Moments.” Liz bit the bedspread. “Oh jeeze,” she said, “Your mother.” Gary winced and said, “It’s called ‘Mommy’s Love Goes With You.’” Liz brightened, slapped the pillow at her side, and laughed. “Tacky!” Emboldened, Gary lifted the figurine from the box and egged her on, “I mean, would you just look at this thing.” Liz took sight of the small statue, a big-eyed child-mommy tearfully handing a swaddled baby to a big-eyed child angel, and kicked away the covers. “Get it away from me!” she cried. “Get it away! Get it away! Get it away! Oh God!”

On the night that Gary and Liz announced their engagement, Rita squealed and clapped and hopped up and down and hugged and kissed and sighed and declared she never ever thought this day would come not once and oh boy can you believe it and it couldn’t have been to a nicer or prettier girl and oh I’m so happy and you can call me mom or Mrs. Nelson or Rita or Hey-You if that’s what you like. Liz beamed the beam of a happy woman and Gary smiled, contented. Rita insisted on baking even though it was late and everyone laughed and admired the ring and blushed when the subject of grandkids came up. Then it really got too late and it had to be time to go and Gary left to warm the car, then returned for Liz to pack her in and then came back to hug the hostess one last time and say thank you, Mom, for everything. Rita squeezed tight and said you’re welcome, baby. She sniffed and wiped a tear and hugged tighter still and said you know you don’t have to get married, Gary, if you don’t want to.

Came a point when Liz and Gary had to call them something—they happened too frequently to ignore, and saying “that time when you called me ‘Mom’ instead of ‘honey’ or ‘babe’ or ‘Liz’” was becoming a chore. Gary called them slips, a name Liz came to despise. He meant nothing by them. They were accidents. Unintentional. Like when on the phone to your boss you say, “I love you” when you really mean to say, “Goodbye.”

Justyn Harkin's most recent stories have appeared or are forthcoming in Used Furniture Review, Bound Off, and Annalemma. He is associate editor of Fiction at Work, and he writes the world's laziest blog at http://justynharkin.com.