Shoeless Joe Was a Pelican 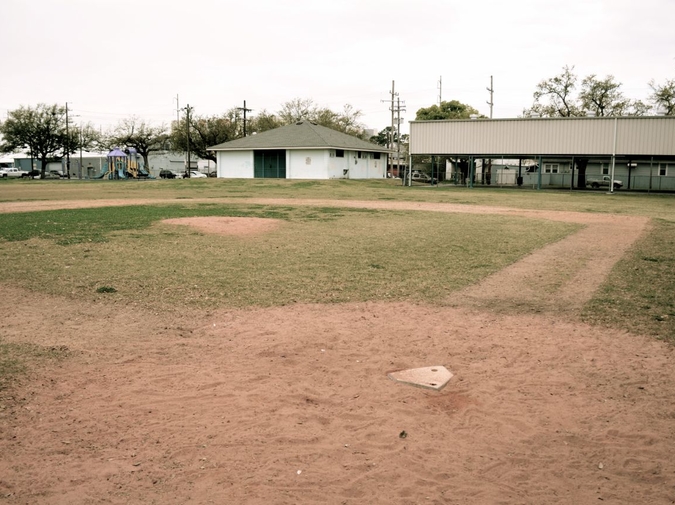 My city’s NBA team has renamed themselves after a baseball club. The New Orleans Pelicans were established near the end of the Civil War, becoming a professional organization in the 1880s and sticking around through the 1950s as a member of the Southern Association. Shoeless Joe himself, a Pelican, hit a league-leading .354 in 1910. I like to imagine Jackson in darkened saloons, brooding over bourbon and that afternoon’s game. He went 3-4, but it is his lone out—a feeble squibber off the fists—that unsettles him.

Demolished a half-century ago, Pelican Stadium stood in Mid-City New Orleans, two blocks from my home (old-time stadiums always existed in neighborhoods), and my house happened to be built the same year Shoeless Joe won the Southern Association batting title. The family who lived here would have seen the ballpark from their porch, grandstand hulking benevolently over rooftops. I can see them gathering their children one summer afternoon to walk down the street, pass through the turnstile, crack open peanuts, and watch Jackson tear around the base paths. How fucking cool would it be, now, if I could sit on the porch in the evening and hear the sounds of the ballpark?

Currently, a little sandlot diamond hides near the space Pelican Stadium once occupied (the actual location harbors a seedy-looking hotel and Burger King). Sometime last month, I passed this sandlot and saw a group of boys, white and black, playing baseball together. There were no adults, and the kids didn’t have uniforms—it had the look and feel of a pickup game. If this kind of scene lives in your imagination, too, then to encounter it in reality might not give you pause.

But how often do you actually witness this sandlot scenario? I’m serious. Give it a moment’s thought, as I’m not talking about the organized shit that kids (i.e. their parents) have to pay for. I’m talking about neighborhood children playing baseball together because that’s what they want to do and they have a field to do it with. If it isn’t almost entirely a figment, then you either live in an unusual place or have lived through a unique time. I drove away before realizing it had been the first neighborhood baseball I’d witnessed at this sandlot since moving to the neighborhood six years ago. I’ve got to go back to my childhood before I can remember a similar instance at any public diamond, and there aren’t many examples there either. I should have pulled over and watched for a bit, if only to prove I hadn’t imagined the whole thing, but I was probably in a hurry to get to some goddamn thing I can’t even recall.

I began this essay with a mind to introduce my “expert predictions” for the 2014 Major League season, but I’ve lost myself. Regardless, relative to past years, I know so little about current rosters that I’m embarrassed. Even if my love for baseball never wanes, the amount of attention I pay to the winter transactions of Big League clubs has diminished. I’d need more space and time to investigate why that is, but for starters, it probably suggests that I’m crotchety about contract disputes and the like and will one day become a very annoying older person/baseball fan—if I’m not that already.

However, there is no escaping the fact that the past, both real and imagined, guides the obsessions of all baseball people. You share old stories in the dugout with your teammates; you geek out over statistics important only because of precedent; you sit on the couch, game on, and wax romantic about that throw Clemente once made from the right-field corner.

This year, all I can provide is an exercise in my own nostalgia—and in addition, I meekly offer that when the question concerns the relentless slog of 162 games, nostalgia may yet prove to be more impervious than even expertise.

I’ll predict that the Dodgers—whom I once cherished—will meet the Yankees in the World Series (after NY eliminates Boston in a tense, 7-game ALCS), and the Yankees will triumph, ultimately and dramatically, and I’ll spend a lot of time thinking about my grandfather preaching the Gospel of DiMaggio to me when I was young.

Nicholas Mainieri's writing has appeared in various magazines, including several past Hobart baseball editions. Visit him at nicholasmainieri.com and on twitter, @nickmainieri.