She'd Taught Us How 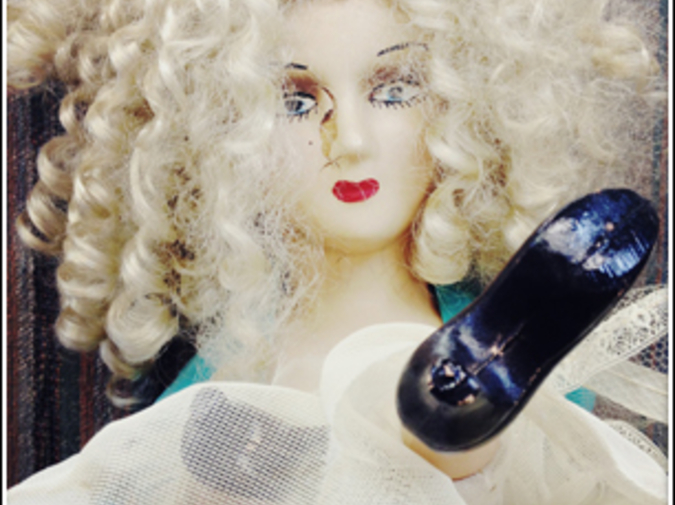 We the children were out there in the alley again, digging holes in the asphalt with our shovels, digging holes in the dark and wind and snow, but no matter how hard we dug our sister wasn’t out there with us digging. Split and splintered handles, and the wind again, and sometimes a shiver, and alley rats, and our building dark, except for him up there: him, with his gun, his table and his food, standing in the window, watching us, drinking his drink, the TV flashing behind him. That was before he knew what was in his lung was in his lung. Sparks when the shovels drove harder, and our breaths in the air, snow, and our alley dog sniffed along the chain link, eating whatever it could eat, its muzzle more worn than before. Him, he yelled down and the dog barked in circles. He yelled down again and it went quiet. The streetlights kicked, and the shadows turned leviathan, and the first mother, so twist heart and everything sink. The way the inside was. Like an anger. Our sister was always the last child in, despite him. She’d taught us how. She walked and walked blocks with her shovel until she found an alley where she could dig the ground alone, dig what already was dug, dig like she wanted, the humidity a killer, her hands raw, and only when she was good and ready did she come back to our building and sit her spot on the curb and let him watch her. On her spot there was no moon, only a few air conditioners in a few windows, and him, drinking, and the TV, heat, and there was an officer inside a cruiser smoking, and an owner padlocked a storefront gate. But her spot was heaven’s heaven. Because inside there were dead flies on the windowsills and dead in the corners, and a paper bag leaked something awful down the steps, and there were names etched in the railings, and handprints in the paint. Inside, in that stairwell, in that hallway, in that apartment, there was nothing, and if for a short time there was something, it was mother, mostly, and he would be gone, but still nothing, because he was never gone: him, with his food on his table, and his gun, and him in her room. The noises they made. “Down south there isn’t a soul that can’t sing,” she said. And then she wasn’t on the curb anymore, and she wasn’t in the alley, and her shovel was missing, and we saw her name in the stairwell, and her handprint in the paint, and maybe she sung, but maybe she was mute, and we the children still thought our sister would come back because we were children still.