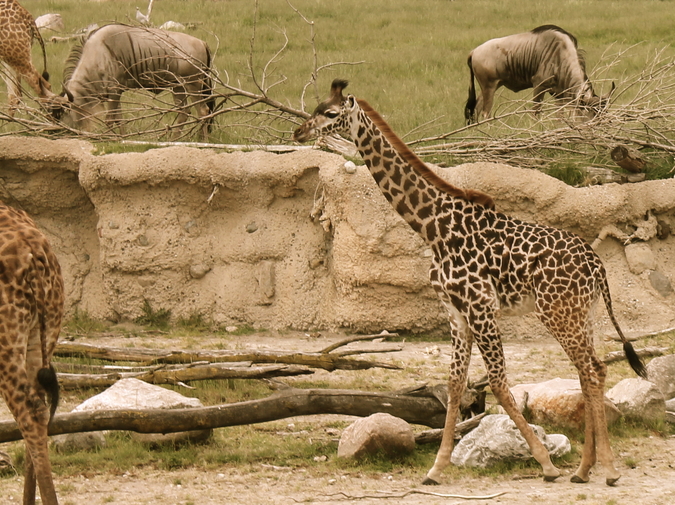 I drove to the STD Clinic. I walked in and told a woman in an office through a window slightly larger than a fast food drive-thru window my name and appointment time. She handed me a clipboard with papers on it and a pen attached to it by a string of tiny metal balls and told me to fill it out in the waiting room.

I walked down a hallway that opened into a room where chairs lined three walls with backs against the walls. Each person sitting in a chair had an empty chair on both sides of them and it was spaced this way around the entire room. I paced in a halting, eccentric pattern in the middle of the room, then sat between two people and filled out my information sheet. My number was 34.

I stared at a magazine called 'Self' that was on top of a rectangular prism in front of me. There was a woman on the cover in a pink and black two-piece bathing suit.

I looked at the people sitting around the room. There was a man wearing Air Jordan basketball shorts with a tattoo of a giraffe's face on his calf. I imagined the giraffe becoming animated, stretching its neck, moving up the surface of the man's leg, then peeling itself off his skin and eating the Air Jordan logo — a silhouette of Michael Jordan with his legs splayed dunking a basketball — off his shorts. I imagined a tree in the Serengeti, but instead of leaves it had Air Jordan logos growing on it. Giraffes were gathered around the Air Jordan tree placidly nibbling on the logos. The logos were screaming.

Across the room was a woman resting her head on her palm with her fingers over her mouth.

"Worried she has HIV," I thought.

A nurse woman walked into the room and said, "34."

I stood up and followed her into a room where there were two cushioned, mechanical chairs facing each other. There was a woman sitting in one of the chairs. She looked at me and grinned. I sat in the other chair and the nurse woman asked me if I wanted to get my blood drawn to test for HIV and Syphilis. I told her I did. She pressed a button that made the chair sink down and recline and said, "I can tell you really like getting your blood drawn."

I laughed and said, "Yeah, I get nervous."

The woman sitting across from me said, "I'm fine with it I just can't look at the needle going in my arm. I have to look away."

The nurse woman said, "It'll only take 11 seconds," and tied a piece of rubber around my bicep and with her finger tapped a large vein in the crotch of my elbow, "And you have the best veins in the world. Make a fist."

I made a fist and imagined a plaque that said 'World's Best Veins' hanging on a wall and imagined saying to the nurse woman, "You should see the veins on my cock."

She opened a package with an alcohol wipe in it and wiped it on the skin in the crotch of my elbow. She opened up another one and handed it to me and said, "When I tell you to, smell this for 3 seconds."

She said, "Just to keep you here with me."

She drew the blood and untied the piece of rubber and said, "11 seconds. See, that wasn't the worst pain you've ever felt."

A man walked into the waiting room. He was wearing sunglasses and had a hot 'to-go' coffee cup that had a straw in it. As his profile passed in front of me I looked through the small space between the edge of his sunglasses and his face and glimpsed his right eyeball. He sat down and removed his sunglasses and looked at his phone. A woman came into the room and said, "33."

I looked at the man again. He had piercings in one ear. I thought he looked hungover. I couldn't tell if he was worried he had HIV or if I was worried I had HIV and he was just hungover and impatient. There was a couple sitting next to each other in the corner holding hands and looking at each other and smiling. I speculated that they were a recent couple and were getting tested together to make sure it was safe to have sex without a condom. A man came into the room. I started to stand and he said, "35."

I sat back down. I started to worry about why my number was skipped. I imagined doctors arguing quietly in a room:

"Dammit, I hate telling people they have HIV."

I stood and quickly followed him to a room. I was afraid to look at his face because I didn't want to have an image to extrapolate from. He said, "Shut the door and have a seat."

I shut the door and sat down. He was sitting in a chair at a computer. He said "Lemme just pull up your chart here. You're shaking. Is there a test you're worried about?"

He said, "Lemme go to the lab and check. The test takes 10 minutes, it should be done."

He got up and left the room. I pressed my fingers into my forehead and slowly dragged them down. He came back into the room and said, "Negative."

He said, "What were you worried about? Was there a specific contact of concern?"

I said, "Jesus. Holy shit. Do you mean a particular time I had sex?"

I said, "It's just been like 3 years since I last got tested and I feel like I've had a lot of sex," and laughed.

He laughed and said, "Any unprotected sex?"

I said, "One time. But it was with a guy I trusted and he was taking antiretroviral drugs, not because he was HIV-positive, but because condoms 'tore him up'."

He said, "Wow, what did he do for work? Some people do that as a preventative measure, but you don't get covered if you aren't already infected, that costs like $3000 a month."

I said, "Damn, yeah, he worked for a pharmaceutical company."

He said, "Then how are you having all this sex? Do you have those phone apps?"

I laughed and said, "Yes, I have those phone apps."

He said, "Okay, your Syphilis test came back negative, too. Is there anything on your penis you'd like me to look at — marks, sores, warts, anything?"

I imagined saying, "No, but you can look at it anyway if you want to."

I thanked him and walked out of the clinic and got in my car and drove to a fast food drive-thru and ordered a double with cheese, fries, and a chocolate milkshake. The food has been in my car for days, uneaten and probably rotting. It had better be rotting. I want something to scream about.

Ben Gross's writing has appeared in Everyday Genius, Word Riot, Keep This Bag Away From Children, Witch Craft Magazine, and Hobart, where he is a fiction editor for the website (www.hobartpulp.com). He studies creative writing and literature at Naropa University in Boulder, Colorado.