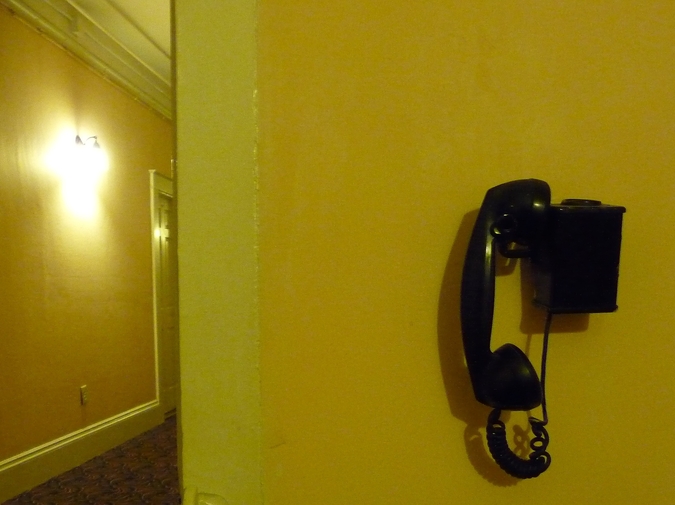 Overlooking my testicular meltdown, we married in July. The priest confirmed that one thing begat another and we went to a hotel in Cabo called The Seed, where the concierge made us sign a release then showed us to our room, no less drenched in semen than we’d been led to expect.

We ordered sangria and got naked, me for support, she for what we’d come for. We washed in the bidet. Then she simmered onto her belly and did porpoise dips around the bed, the carpet, the window shades, swimming on each surface until as much of it as could get into her got in.

To be sure, she balled up the sheets and pillowcases, dipping each one to the hilt, and put in the TV remote and the phone receiver and the detachable showerhead from the shower stall and wads of sticky toilet paper from the bathroom trash.

I parroted her motions, pretending it was occurring to us both, as I’d vowed at our wedding I would, my sides shaved down to glide without ripping.

The following day we slept it off and the following night, our last, we went out, eating three dinners in three cantinas and laughing and bawling at once, me always asking if it’d happened yet, she always saying yes.

Back in Encino we resumed the lives that’d till then been ours. Each month I asked if it was coming soon and she said yes.

After nine such months her belly popped a spring in the mattress, making us both laugh so hard she got in the bathtub and released our son.

Amidst the afterbirth I felt a sort of kinship with what had come out that I felt was possibly not the kind I was expected to feel. I endeavored to look as though I felt the proper kind, but she could likely tell I didn’t.

And the son could too. Of this I am certain.

We raised him as our own until he turned twelve. All those years I spent trying to become sure of what I couldn’t stop suspecting before making my suspicion known. It wasn’t his fault any more than it had been mine, but the fear that what had happened to me would happen to him grew less avoidable the older he got. My wife knew that I knew something, but she didn’t know what and I didn’t tell her.

It was small aspects of his overall behavior – a gleam he gave off in hot bathwater, a burp that became a groan while sleeping too soundly in the sun, the way he’d keep asking how much time he had left – that most tellingly reflected the traits of my father, which I’d over the decades identified in myself despite not having met him.

The day the boy turned twelve I stopped trying to seem like I wasn’t thinking what I’d been thinking since he was born:

He and I have the same father.

In my own hot bathwater that weeknight in fall, I felt the site of my meltdown whorl in relief at the thought flying loose in the public flow of my brain, no longer confined to a tight inner bubble aching to pop. There were two tiny penises inside my scrotum, where the testicles had been, and a papery expanse of flesh where my penis once was on which, at thirteen, I’d listed the zone’s contaminants with a butterfly knife. “I can live with that,” she said when I first showed her, at a Park Hyatt in Reseda we’d splurged on, but I wondered what she’d say when she saw the same on our son.

There was no one else whose son he could be and I think he knew this, looking me over at night in the father position I so loosely filled, then catching sight of himself in the dark window behind me when he hadn’t meant to look that far.

Whoever had sprayed the room in Cabo my wife and I swam through almost thirteen years ago had sprayed it almost forty years ago as well, when my mother had come to do likewise, but, unlike my wife thanks to me, she had come alone.

I didn’t tell my wife the brunt of it, only that I’d be away for two days and not to worry until I wasn’t back in three.

I returned to The Seed in Cabo. I checked into the room and found it inundated as before, but fresh. I supposed our father came once a week to respray the surfaces and wondered how much offspring along the coast of California and Pacific Mexico he had at this point engendered, and what became of his girlchildren, if he had any.

I sank into the bed with the HBO guide, scanning the faces in the ad for Treme. When I woke up, I rifled through the gummed up toilet paper in the trash, unsticking each wad as if the clues I’d come for were printed upon them, off-white on white. I fell asleep.

When I woke up again, early on the second day, I called room service to cancel my lunch and announce my decision to amble along the beach until I came to the confessional rumored to be at the end. I passed the concierge on my way out, nodding like we knew each other.

I set out down the beach, sticky from the room, wondering who I was in the manner of one who knows but doesn’t yet know what relief knowing brings.

The waves washed up goods from other continents. Some of them intrigued me but I saved my attention for the confessional, where I hoped the question of paternity could be taken to its outright collapse.

I pictured our son’s next years, thirteen through seventeen, and the exact run of them that I’d had, fixing up my mind to move to Encino despite the forging of me into what I now am. I wondered where he would move once it had happened to him. Oceanside possibly.

Good, I thought, there it is. I could see the confessional up the beach, no bigger than the sort of wooden sandbox I’ve heard northerly towns erect in winter for their citizens to spoon sand onto the snow.

I tried to pry open the lid but felt the priest holding it shut from the inside, where there must have been a mirror image of the handle I was grasping out here, under a sun hot enough to rot fish while still swimming.

I let this tug of war turn comical, me yanking and the priest hanging all his weight on holding it shut, his feet and rear end dangling free.

The pressure was only eased by my catching sight of a plastic takeout container full of sand. This I scooped up, determined to speak into it, however much or little of what I said got through.

Emptying its sand and leaning in, I recoiled from the fish smell, like the last clingings of Thai curry, but I sobered and resumed explaining as much as I could, returning again and again to my half-brotherhood with my son.

“It’s perhaps too much to say that he is me and that there are thus two of us,” I said, though I didn’t, in my heart, believe this was too much to say. “But there can no longer be any question that we are both sons. I would like to be the father but that is not what I am.”

Like coughing up a scarf laced through my intestines, I released all that I could, through the small container into the large, my voice magnifying on its way into the priest. No aspect of the story remained compressed.

When there came no reply, I thought to catch the priest off-guard by giving the box’s handle another hard tug. Hard enough that it came off in my hand, sending me backward into the surf, which provided enough relief that I remained in it, as if this were the form the benediction had taken.

I lay in the surf into the afternoon, the takeout container having long since floated off.

I felt the seed from the hotel wash off my skin, taking layers away as it did, revealing a thinner, cleaner me beneath. When it peeled off my eyelids, I looked up and saw the face of my father in the clouds, or in the clouds behind the clouds, too bright to look at directly but present in a way I could not deny.

I wished for my son or brother and wife to join me here and celebrate the sensation of us being not only amidst but actually composed of that which we may never see all of. I fell asleep with this wish and only woke when the sun returned to the sky the following morning.

I looked down and back toward the shore, where I saw them waiting. I waved, but they could not see me.

They were sitting on the box that housed the priest, in which the knowledge of our tangled bloodline was now vested. I determined to allow it to remain there, saying nothing, not even to myself. I was out of the surf now, aware that I was naked but not overly put off.

I ran toward them and they looked away, not yet recognizing me due to how much skin I had lost in the waves. I wondered if I would appear smaller to them up close.

I looked down and saw, in place of the disorder there had been, the penis and testicles of a small boy sprouting from me, growing incrementally as I ran, at about the rate of one year per second. I knew that my son’s penis and testicles were melting away at this moment, turning to ruin. I sped up, feeling the power to reverse the process if I could get there in time.

When I made it to them, I wore the genitalia of an adolescent and the rest of me felt ninety. My son had his back to me, looking down, howling at the bushes.

“Never mind!” I shouted to them, aware it was too late. “Let us use what time remains to get to know one another as we are, even a little. Even if it’s only today, in Cabo, and after that we scatter.”

I tripped in the sand, not used to my ancient body, and caught myself on my elbows. I assumed the position of prayer and tried to fill my head with words I wouldn’t mind being found with at the end, as I waited for my family to join me.

David Rice is a writer and animator currently editing his first novel. His stories have appeared in Black Clock, Birkensnake, The New Haven Review, The Last Magazine, Identity Theory, Spork, and elsewhere. He's online at: www.raviddice.com.