Risk Mitigation at the Dawn of My Conceivable Extinction 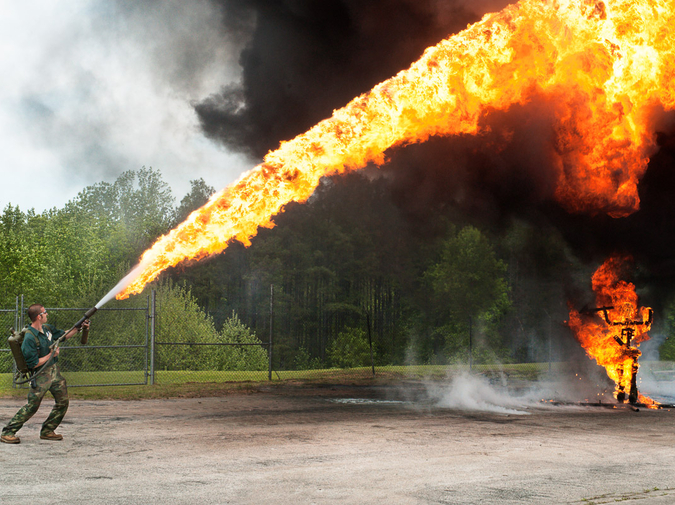 At a cafe overlooking the plaza where the Spanish mounted the head of the last Incan emperor on a pike, I order a mojito. It’s a stupid drink to get in Peru, but the whole world’s gone stupid. At least, watching people telescope out selfie sticks in front of the Cuzco location of Kentucky Fried Chicken, that is how I feel.

We’d placed an emotional toddler at the wheel of the world, my six-year relationship had imploded, and my grandpa had died. He left me money I knew I should save to start a down payment on a house, to make up for the one I lost in those years when the value of real estate snapped in half. But I decided to instead backpack over the winter months, from Colombia to Paraguay. I tell myself I’m working down here, and I am, but the money will be gone by the time I go home, replaced by a thousand photos.

On the plane, I read Rebecca Traister’s All the Single Ladies: Unmarried Women and the Rise of an Independent Nation, mostly to feel better about the breakup. But it outlines for me just how small the window is that I’ve squeezed through to take this trip, to be a woman healthy enough, non-controlled, and financially able to see what this world looks like. A little further back, or, perhaps (I think, in my darkest, most Handmaid’s Tale moments), a little further forward in time, and I would have been (or will be) forbidden to travel or live on my own. A little farther clockwise or counterclockwise around the globe, and I might have been bred with a man I’d been assigned to marry, or chained, by laws or by locks, in one of any number of horrifying rooms women find themselves in, which I can almost feel around me when I make the mistake of grabbing lunch in Ecuador with a woman who worked for UNESCO and updated me on global trends in human torment. These days, those scenarios feel like they could, at any moment, pierce the membrane I like to imagine separating events I read about in newspapers and events that I experience as life.

Before I left, the day after this man who bragged about sexually assaulting women was put into power to decide which people decide our future, I’d gone to the women’s march in D.C. I protested in order to hope (to pretend?) it made total collapse of my rights even .001% less likely. Mostly, as the vapor of my voice vanished in the cold air, my efforts felt like stiff-arming an avalanche.

Who would think, in an empire of 10 million, with a ruler buttressed by an army of 60,000, that 179 men could collapse a world? The Incan women the small group of Spanish men passed in the towns mocked them as pitiful goners riding to their deaths, as one would, with such odds. “You’re being paranoid,” anyone might have said, if one were to suggest their measly presence foretold an end to the world they knew.

Five hundred years later, I order gelato in Spanish. Across the plaza, the cathedral, built over with a century of Incan slave labor, sits on the foundation of the palace destroyed to make way.

“You’re being paranoid,” anyone might have said, if one suggested in 2015 that bots from the other side of the world would hide in the website we use to post pictures of our parties, our babies, and hack our country. History says the thing that takes you down can be hard to spot, even when it’s already arrived.

My god, how many people have seen worlds end. And in how many ways. The world of their own rights, their music and mobility outlawed; the world of their family, sold off in separate directions from the humans who are like home; the world of a country, the poof of an imaginary line that used to tell them who they were. The Incas had a world, a galaxy away from the Spanish. Humans have a world, the way dinosaurs once did. Some say eventually, the universe itself will suck back into a dot and disappear with a tiny pop.

So far, everyone who’s said the world is ending has been wrong. But that won’t always be true. At some point, the United States, humans, earthlings will peak. We won’t realize it until the decline starts and does not stop.

So many concentric worlds hold me in place, like nesting dolls. On almost every level, it feels like they’re cracking apart. The solid ground of fact has dissolved into swamp, my country has started suffocating on its own hot breath, and a climate scientist I interviewed told me things I couldn’t bring myself to tell anyone I love, things that chilled me to the womb. Some experts estimate that half the species of the world will be gone by the end of the century. Who’s to say homo sapiens won’t be among them?

Also: Will there be enough clean water will I lose everything if I get cancer is my computer reporting everything I type see and say would my government interrogate me with its enhanced techniques its wet cloths over my big mouth?

I would not hold up well under torture.

Here in my 30s, I’m trying to grow up, be responsible, adopt the vernacular of the fully matured female person. While attempting to figure out how insurance works, I come across the term risk mitigation. A consulting company’s web site tells me in their content marketing that the most common type is risk limitation.

“This strategy limits a company’s exposure by taking some action,” writes, most likely, their marketing intern after Googling it. “It is a strategy employing a bit of risk acceptance along with a bit of risk avoidance or an average of both.”

An average of both. A little bit of this, a little bit of that. The best way, I think, to describe how I feel about deciding what to do in the face of this, whatever this turns out to be. It’s the most personal decision I know. We have to mitigate the risk that the retirement account we’ve saved might be useless if, say, the world celebrates our 65th birthday with a confetti shower of ash.

Maybe this climate change thing will turn out to be a Y2K kind of thing. Or maybe...The Road. Maybe we’ll hire a person with experience in government to be our next president. Or maybe we’re only in for more Black Mirror. Maybe this era will be compared to the Cuban Missile crisis, a long-forgotten time of tension that dispelled peacefully. Or maybe it’s our next world war. Maybe those robot dogs being developed by Boston Dynamics, the ones that can turn door knobs and let themselves in, will bring us sandwiches, like Rosie on The Jetsons. Or maybe… not.

I hope I’m being paranoid, so I do a little of this: preparing for a long, normal, and apocalypse-free life. I’m not burying cans of black beans yet. I vote. I send in my retirement savings to the IRA for the woman I might become in a nursing home with a coin-operated robo-nurse. I don’t smoke cigarettes, as I might if I thought I’d die in the war anyway. I floss, though it feels like the first rocks of the avalanche are tumbling, ready to tsunami the gains of my dental diligence.

However, I also reserve the right to do a little of that: admit that many of the world’s smartest people think things are not going to go well, and place my bets accordingly, on the opportunities of now. After living in South America for two years in my 20s, seeing the United States from the outside, the underside, I’ve viewed my country as a teetering tower, built too high on a foundation of rot. It all seemed like it could only last so long. Living with people who’d been tortured for opinions in one of the longest-running dictatorships in the world made the fragility of my freedom all the more real.

While it feels like the sand in the hourglass is starting to hollow out in the middle, I wanted to use what time I had. I wanted to see the Milky Way revealed over the vast blackness of the Bolivian Salt Flats. Since something as magnificent as Machu Picchu still exists, I wanted to climb to it just once. While the atmosphere pumps steroids into hurricanes, let me feel the Ecuadorian sun on my face, try not to panic when the locals tell me that the waves that kick at their new sea wall used to stop way, way out there, that there used to be a beach. Let me hike the Colombian mountains and see a toucan in the wild, remember it all came from stardust. What is the risk I am mitigating? That it could all end, the window slammed shut, and I would have never lived it while it was here to live.

As this world tremors, don’t mind if I drink a mojito while I wait for, what? The buzz of an oncoming drone swarm, the click-clack of the mechanical hounds, a careening sound from the general direction of Kim Jong Un? When it comes, I hope I think, “Ah well, we had a good run,” flip open my cyanide ring — those things on Amazon Prime? — and maybe I’ll remember that last time I galloped, while I take another sip to wash it down.

Who am I kidding?

As I look out at Machu Picchu, over engineering thousands of years old, the grazing llamas, the river cutting through the mountains, steep as a child might draw them, I think, We can’t just let this die.

I know we have to fight for it, our rights, our future. I just don’t know how to win. Whether or not I get to enjoy what we have yet to destroy, now, feels like the only thing within my control.

I wish I were more like the musicians on the Titanic, who strummed out one last song on the lilting deck to provide a final moment of beauty to the passengers before death. I’m more akin to someone I imagine trapped in the kitchen, experiencing, for the first time, really, how spectacular the bubbles in champagne had been all along, how precious a peach, how delicious roquefort tasted by the mouthful, shoving, gulping, begging ⎯ Just one more bite ⎯ as the room turned sideways and sank.

Paulette Perhach’s writing has been published in the New York Times, ELLE, and Vice. She was a 2016 BlogHer Voices of the Year award winner for her essay, “A Story of a Fuck Off Fund,” which launched her blog at FuckOffFund.com and her podcast, "Can We Talk About Money?" She's a returned Peace Corps Volunteer, creator of the Writer's Welcome Kit course, and author of Welcome to the Writer's Life, out from Sasquatch Books, part of the Penguin Random House Publisher family. She lives in Seattle, but makes most of her mistakes in Portland.