"deleted scene" from As Elvis 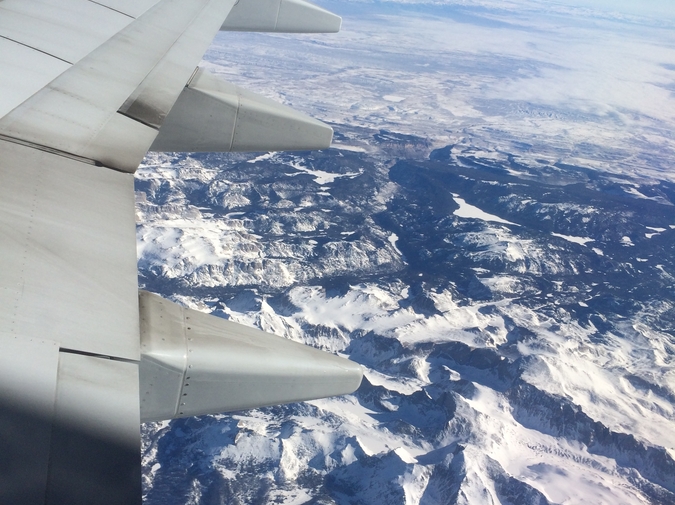 Today we've got a deleted scene from an early draft of Katrin Gibb's story in Hobart 15, "As Elvis."

When you see your reflection in the elevator mirror, you have no desire to strike a pose, tap your feet, snap your fingers, or sway back and forth. You look closer at your reflection and realize that the lights now only reflect off the button on your jeans.   You leave the casino and when you get to the curb of the strip, you turn back towards the entrance of the MGM Grand. The bright green glow of the building reminds you of one thing: the Emerald City of Oz. For a second, you think the giant gold lion is just a horse of a different color.

When you turn away and begin to cross the street, you see crowds of people taking pictures of New York New York's miniature (although that seems an absurd word to describe it) Statue of Liberty.  Her crown glows a golden hue. You've only seen the real Statue of Liberty one time. Her crown didn't glow, and, from the Manhattan coastline, she looked like you could hold her in one palm. Nevertheless, you have to admit that the facade of the Empire State Building looks like it's from a cartoon.

You continue to move through the crowds, and, eventually, the Paris comes into view. But when you turn back and forth, one direction seeing the Eiffel Tower and the other way viewing the Statue of Liberty, neither seems extraordinary. Decide that two national monuments so close together make both resemble something less. Wonder how all the impersonators must have looked in the auditorium earlier.

You watch the fake hot air balloon at the Paris for a few moments, wishing that it would take off into the sky. Instead, it just continues to glow the title of the casino: an elaborate advertisement. It serves the same purpose as it did last night and as it will tomorrow.

It's when you begin to hear classical music that you know you must be close to the Bellagio. The music is like something from a Fellini film: a chamber orchestra experimenting with the surreal and ethereal. Stop in mid step when you see spears of water flooding into the sky. You squeeze your way between a few groups and couples until you can see the source of the dancing water.

Watch as the water waltzes to violins and harps. Streams cross one another and then change directions and heights. When the music and water finally subside, there is a brief applause then the tourists depart. Shiver as the night air reaches you standing alone looking across a big pool of water with a casino at the other end.

A woman in a cowboy hat, miniskirt, and boots walks up to you. “How about the night of your life?” She says in a husky voice. You think her throat must be raw.

You smile and say no, but she tries again, “How about the night of someone else's life? You can be anyone here.”

Turn away from the water and towards her. She's probably in her late thirties. “What's your name?”

She steps closer and pushes you up against the fountain's railing. She says, “Ryder,” but emphasizes that it sounds like “Ride Her.” You attempt moving to one side of her, but the cowgirl places her hands around you, securing them to the railing.  “What's your name, cowboy?” She pushes her hips against yours.

Look around. See that the tourists have migrated back to the casinos and that the few people within earshot resemble different versions of what you're dealing with. She asks you again what your name is, and, this time, you say Elvis.

“I don't like that. How about Clint?” She wedges one boot between your legs and begins to rub the front of your jeans with one of her palms.

When you don't respond, she quickly recants, “Well, I guess you can be Elvis tonight. I've never been with an Elvis before.” You think of Rosaline when she says this.

Ryder releases her grip on the railing and grabs one of your hands. Take advantage of the movement. Take off and don't turn back to see her expression. You don't want to be her Clint or her Elvis. When you're sure you've lost her, begin walking again. Dig your hands deep into your pockets. Lick your chapped lips. Continue back to the MGM Grand.

You're approaching the Emerald City when you see Damascus smoking a cigarette though he looks nothing like Nixon now. He was clearly wearing a wig earlier and must have used more than a little Ben-Nye Scar Wax to hide his button nose. He now seems like a fifty year-old man with only the build of a fallen leader. Walk up to him and ask to bum one.

Katrin Gibb resides and writes in San Francisco, California. She is currently finishing her MFA at San Francisco State University. "As Elvis" is her first published short story.