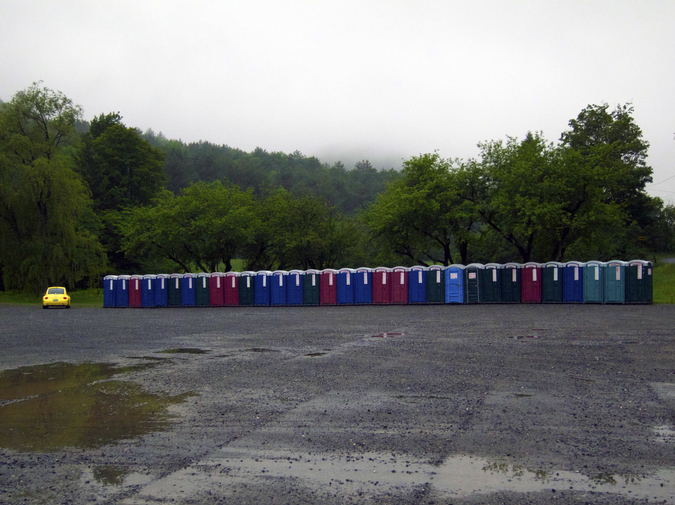 The main thing was getting to see my dad. Going to the Patriots game was extra. My dad was a Pats’ fan big-time--hat, shirt, the works. It was Patriots verses Buffalo.  Just to get my dad going, I said I was for Buffalo. This was a few years ago, before 9/11, when the Pats were good and Buffalo kept getting to the Super Bowl and losing.  But, like I said, it wasn’t really the game. It was my dad taking me. He had left my mom the year before and he was coming back up to New Hampshire from Boston where he was living with “the babe,” as my mom called her, and he was taking me on this big outing to the game to spend some quality time together. I was still hoping he would get back together with my mom.

He brought the plane with him.  It was one of those remote control jobs.  He had it all put together with the batteries in, all set to go.  We had about an hour at the house before we had to leave so we carried it down to the park to try it out.  I was still mad at him for leaving us for the babe, but I have to say I was excited about that plane.  I had put models together myself, some with my dad--we both liked planes.  We built rockets together too and launched them at a park.  So, I wasn’t shocked when he brought this plane, but I was surprised.  I knew he was trying to buy me off--so what.  The plane was big--two feet propeller to tail. It was open cockpit with two sets of wings--one above the cockpit, one below.

After a couple of false starts we got it up in the air, circling above the field.  I remember other kids standing there watching.  It made a loud buzzing sound so people would look up if they were walking by.  I was getting a feel for the controls.  At first it seemed easy but then when I tried to land it, I almost lost it in the trees.  “Hey,” my dad said grabbing the remote from me.  “For Christ’s sake, Tommy.”  He brought the plane in and landed it right in front of us.

I just looked at him.  “Are you still with the babe?”

“Why don’t you come back?” I grabbed the remote.

“I’d like to,” he said. “I have to talk to your mom about it. Maybe after the game.” He checked his watch.  “We better hit the highway.”

I asked, “Could I take the plane with me?”

He looked away.  Normally I think he would have said no, but I could see that this time, I had him.  In fact, I was wondering if I could get him to buy me a Patriots’ jersey--home colors.

At the house I put the plane and the remote into my backpack, (the nose, the propeller and the wings stuck out the top).  My mom was in the kitchen, jamming some pots and pans into the cupboard--making a racket.  I kissed her good-bye.  She was crying.  She walked me out and told me to stick with my dad and then she told my dad to drive carefully. My dad was sitting in the jeep, tapping his hands on the wheel.  I tossed the backpack into the rear seat, climbed in and pretended to put on my seatbelt as we drove off.

Back in those days they didn’t really check what you brought into a game—at the gate I mean. The guys taking tickets took one look at my backpack with the plane sticking out and laughed. Ha, ha, ha, big joke. In the stands, I took the pack off and kept it in front of my seat.

It was a good game.  The Pats always played Buffalo tough.  At the half it was Buffalo 14, Patriots 10.  I had this bet with my dad--if Buffalo was up at the half, we would try to fly the plane on the field.  I don’t think he thought we would have time, but after the cheerleaders danced around to the rock music that blared from the sound system, and some kids performed a series of flips, or flip flops, or whatever you call those circus tricks they do, the field cleared off, I looked at my dad and he nodded.

I was afraid the security guards would stop us, but they just shrugged when I took the plane out and put it on the field.  One of them even said something nice like, “Whoa, that is a cool.”  I taxied it from the end zone; it took off and buzzed up into the sky.  It was a beautiful day--crisp and sunny, big cumulus clouds in shapes you could argue about.  Kids gathered around me as I circled the plane about a hundred feet up.  It was pretty noisy in the stadium, but you could still hear the buzz saw sound.  I had control of it and it felt good.

I tried to think out how to bring it down--remember the way my dad had done it in New Hampshire.  I made the circles smaller and pushed the lever down.  It seemed to be coming in all right.  I looked at my dad and he smiled.  I wanted to land it in the middle of the field, facing toward us.  Out the corner of my eye I saw the Patriots on the sidelines.  I had to hurry it up.  The security guards were clearing the field.  I don’t really know exactly what went wrong.  The plane seemed to speed up.  My dad tried to take the remote from me but I wrenched it back.  Then the plane was coming right toward us.  Kids were yelling and screaming.  Someone yelled, “Hit the deck!” and a bunch of them went down on the grass.  I turned my head away and closed my eyes.  I didn’t even see it hit the guy.

When I looked, this old dude was lying on his back on the ground with his arms out and the plane on the field just beyond him.  His body was twitching and the plane was making that ennnh...ennh sound engines make when they’re trying to go but can’t.  I switched off the remote but it kept making that sound.

The paramedics were there fast. They were on duty for the game, but before they got to work, they hesitated for a minute and stared.  One of them kneeled down and took the guy’s pulse.  They argued about what they should do. Then they put him on the stretcher and loaded him into the van.  Meanwhile, I could see kids were holding their stomachs--holding it back till the paramedics left.  Then they burst out laughing. Most of the crowd didn’t even seem to notice what had happened.

My dad was in shock. He couldn’t even talk. I think he blamed me but he must have blamed himself too.

A couple of policemen and a security guy came over and took down a statement. They also talked to my dad. They said they would be in touch. My dad asked if there would be any charges. They got this helpless look on their faces. “I doubt it,” one of them said.

The police didn’t press charges. The guy’s family understood it was an accident. Plus I was off the hook with my mom; she blamed my dad. She said it was his fault for letting me take the plane into the game. She wouldn’t have anything to do with him after that. They were divorced within a year.

That was ten years ago. I dream about that remote control plane often. In the dream I’m flying the plane. It’s smooth sailing until I try to land it and that’s when I run into a headwind that knocks me off-course. I see my mom and dad waving me in on a landing strip in a field. I’m having a hard time controlling the plane. In one version of the dream I crash into my dad. In another I crash into my mom. In the third version I hit

"Quality Time" is from a short story manuscript called Luck. My new book of poems, Spy Pond, has just come out with Prolific Press. Follow me @emeek and at letsrethink.org.