Pufferfish: Love in the Deep Blue 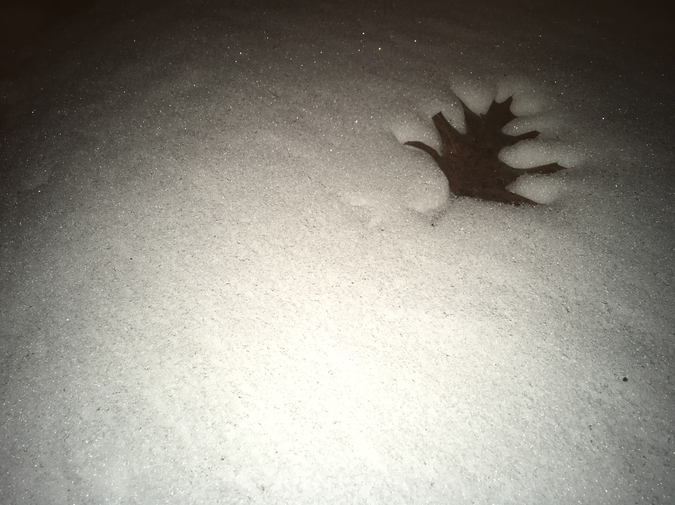 I sometimes wish we were pufferfish. There are the general perks of being a marine creature: silky filament gills that gulp oxygen from water, flippers to whirl through the waves, eyes that open in salt and never get sore. And, of course, there are also the views: cliffs of polychromatic coral, sun shattering light in fin-slapped sprays, the surface of the shallow rolling from below.

There are the particulars of the species: its diet, its mechanism for protection, its metamorphosis. A pufferfish feasts on algae and clams. But if it encounters a tiger shark or sea snake, it will balloon into a shape twice its size. A pufferfish, when afraid, shy, or surprised does not flee or fold into itself. Instead, it takes up double the space. It is brave. The pufferfish inflates and sprouts thorns for protection. I like to think its thorns are like those of a rose⎯a familiar sign from nature that our planet can be delicate and still carry danger.

Pufferfish must accept the kind of jagged beauty that characterizes the whole natural world. Consider a spiderweb, pricked with dew, at once a gleaming reminder of morning and a lethal trap for flies. Or how a waterfall, winged by two rainbows, can still fuel a whirlpool at its base. A pufferfish may not seem as beautiful to you as a rose or a rainbow, but it is to me.

Pufferfish seem to have a multitude of expressions. When shocked, their eyes become little globes, their pupils look dilated, and their chins relax into soft half circles. Other times, pufferfish appear like chubby babies, cheeks filled with air, ears, eyes, and mouth small and sweet in their round bodies.

I fantasize about what the pufferfish calls home. I imagine living in the sea, in what Maggie Nelson describes as “the half circle of blinding turquoise ocean…this love’s primal scene.” “That this blue exists makes my life a remarkable one,” she writes, “just to have seen it.” Imagine living in something blue for so long. It would surely, eventually, seem clear.

Despite their translucent breeding grounds, pufferfish are steeped in mystery. Until 2013, pufferfish had stumped scientists. People discovered giant patterns etched into the floor of the ocean. These rippled sand drawings were three-dimensional and textured, incorporating symmetrical petals, and dunes decorated with shells. People wondered if secret scuba divers had gone down when no one was watching, if human sculptors had somehow scooped and patted the sand. Perhaps it was an artist who didn’t want the credit or attention⎯someone who relished the ironic popularity of anonymous creators. Of course, I’ve buried the lead. The kaleidoscopic suns, situated in the dark part of the sea, were actually shaped by pufferfish. Or more accurately, by pufferfish love.

The pufferfish work twenty-four hours a day for over a week in a chaotic tizzy to make these mandalas and attract a mate. The pufferfish drum up sand from the seafloor, and with meticulous movements, dash in diagonal lines and choreographed circles. They protect the finest, sifted sand at the center of their mosaic creations. They deposit sea shells on the peaks of the sand’s outer ridges. Small mouths agape, eyes on either side of their skulls, pufferfish are programmed to work this hard for love.

I will try to fit twice as much here, expand more than I used to dare. If you ever read this, I want you to know that I’d be proud to be a pufferfish. I like how hard they work to kick up sand. I admire how they swim through their own dirt clouds, how after what must feel like forever of no rest, they still carry shards and shells in their exhausted lips. After pufferfish place a precious ornament atop a mini mound, a strong current could always come by and unmoor it. I have to believe the pufferfish know this.

Serena Alagappan is a recent graduate of Princeton University, where she studied Comparative Literature and Creative Writing. Her work has been published in Scientific American, The Oprah Magazine, Killing the Buddha, and the James Joyce Quarterly (forthcoming), among others. In the fall of 2020, she will be starting a Rhodes Scholarship at Oxford.