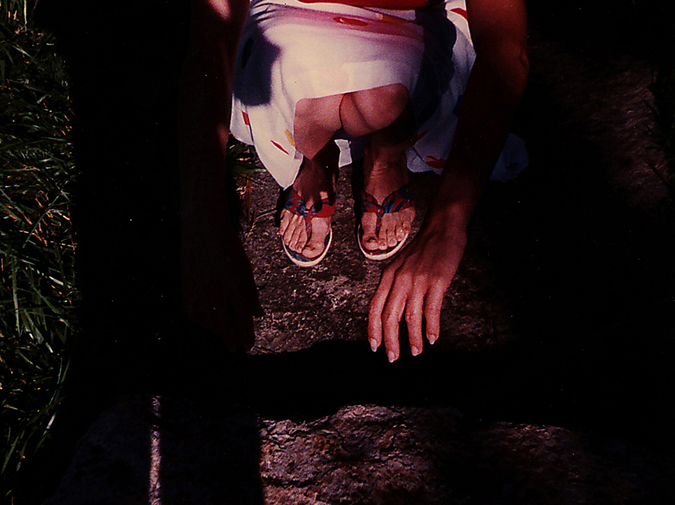 She wasn’t a real pretty girl, but it was Valentine’s and a Saturday night and we had booze. The copy guy was out for a car wreck, or maybe sandwiches, or he had called in sick. I don’t know. He liked all those things. I had a deadline coming on some local artist who’d been molesting kids, maybe his own nephews, and Brynne had a manicure kit sitting on her desk. She wasn’t busy. I asked if she wanted to do my nails. That’s something that worked in high school, I remembered, ask the girls to fiddle with your hands, attention, and it worked with her. She waved me over. I rolled my chair to her desk, refilled our plastic cups from my bottle.

“What color?” Brynne asked without pausing for an answer. She picked up my left hand and started rubbing my fingers, like she’d polish the nails. “Don’t ask for a pedicure. I won’t do that.”

“You’re not very smooth, so I’m just warning you.” She picked a slender metal tool from her zippered bag and began sliding it up my nails, forcing the cuticles back, away from my fingertips. “I won’t really paint them.”

“What about a clear coat? I hear that’s good for them.”

“You should take better care of yourself. Problem solved.”

The press of her metal on my fingernails began to send an ache along my nerves, into my wrist and then on up my arm. I thought I could hear her work, a scrape of my body, a part I didn’t even understand. I started to ask her what a cuticle does and then thought better of it. I thought I remembered someone saying she’d been a manicurist, or a hairdresser, something, and then she went back to college. She was living her dream, she was a journalist, and I didn’t think she’d like to be reminded of other things. No one does. I wondered if she was already upset.

“It’s too quiet here. You hungry? Want to grab a bite? A drink? A real drink.”

“You didn’t bring anything from home?”

Brynne stopped, pressed the back of one hand to her forehead and sighed. It was almost a whimper. I squeezed the hand she was still holding mine with, just a little. She eyeballed me like she’d never seen my face before, or maybe like she had. She went back to my cuticles.

“When I was a girl, my mom didn’t wear a ring. She said men tipped better.”

“She was a waitress.”

“She wasn’t a dentist. And I guess she never had anything at home, either.”

“It’s something.” Brynne let go of my hand and gave me a little wave. Away from her, shoo-on. “You should take better care,” she said.

I scooted back to my desk, looked at my computer, and looked at my hand she’d worked on. My nails, I thought, shone a little strangely white at the bases, and the cuticles appeared jammed back into my fingers. The ring and pointer bled a little, faint trace of red at the skin edging the nails. I compared it to my other hand, saw it did look better, cleaner, if it was rough. I glanced over, saw Brynne working her own nails again, and looked at my computer. This guy, artist, he was rich. There had been trouble and payoffs before, people said, and now they’d caught him otherwise, where and what he shouldn’t have been, and I had to do something with it.

Marvin Shackelford is author of a poetry collection, Endless Building (Urban Farmhouse, forthcoming), and has had work appear in Rust+Moth, NANO Fiction, Pithead Chapel, FiveChapters and elsewhere. He resides in the Texas Panhandle and earns a living in agriculture.