Poetry and Songs for My Voice Cartographer 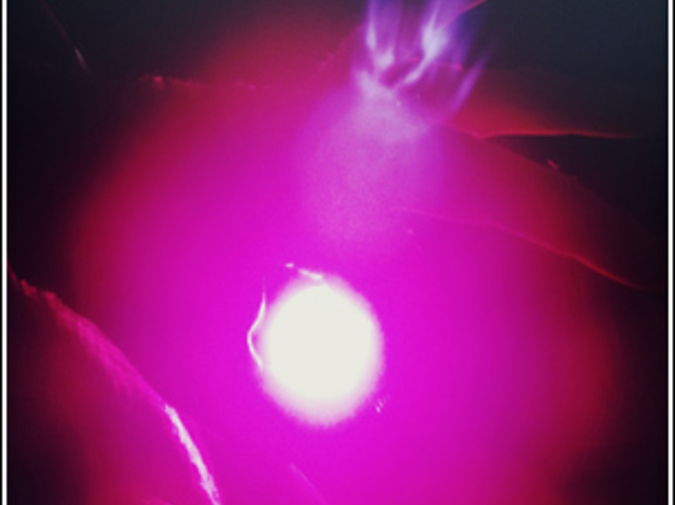 The men I meet always want someone I’m not. Naturally, I think the one I’m meeting tonight will be different. I’ve never seen him before; we’ve only talked over the phone. He runs a voice mapping service that records voices and produces a graph of all the hidden emotions in them. It turns out that the coefficient of my suppressed self-expression is out of whack, which, cascading, causes other ratio indicators to skew, such as emotional intimacy versus detachment, and don’t get me started, the voice cartographer said to me, on your interpretative schema of conditional and unconditional love; you blew that baby out of the water.

“Whatch’u think of my voice?” he asked unexpectedly and in a flirty way at the end of our one-hundred-and-twenty-dollars-an-hour session. His question led me to believe he was the sort of man who enjoyed surprises and a balanced conversation.

I find him waiting for me on a roadside bench, his hands inside the pockets of an unbuttoned sports jacket and tucked under his belly that’s carrying inside a medium-sized watermelon. His hair is fragile; some of it is already gone. I like his easy smile, although it’s not enough to convince me to speak. Because of his expertise, I worry that he’ll detect my disappointment in his appearance as soon as he hears my voice. I worry, because I’ve been in the disqualified seat before and know the feeling to be bitter.

“Hello there,” he says after I sit down. I don’t respond. He starts massaging his belly in a nervous sort of way. It gets awkward. I wonder if I recite a poem, the rhythm will make my voice patterns undecipherable. I start with one by Pablo Neruda titled “I Crave Your Mouth, Your Voice, Your Hair”.

Don't go far off, not even for a day, because &mdash
because &mdash I don't know how to say it: a day is long
and I will be waiting for you, as in an empty station
when the trains are parked off somewhere else, asleep.

I’m flattered by his reaction, so I start reciting other poems. I’m having a good time with Whitman, but I notice him yawn when I recite a poem by Pushkin. I worry that I’m boring him, so I settle on something sensual and more contemporary.

He surprises me with a wet kiss on my mouth and asks if we could go back to his place. I don’t really want to. But I do feel something like friendship towards the man. I worry that if I say no, he’ll take it personally. It could scar him to distraction, depression, who-knows-what. I’ve been in the rejected seat before and it’s no jubilation.

On the blue and sticky sheets of his bed we kiss for a long time until the grand finale. That’s when we hug so tightly that we sweat. Afterwards, he seems tired of our embrace and pushes me gently to the side. Although there is no cat in sight, the bed side he designated as mine smells like cat pee. I don’t want to embarrass him so I don’t say anything about it. I picture myself inside a flower garden, like when I’m not able to sleep and fool myself into thinking I’m inside a heated bubble by the ocean.

He suddenly seems in a very bad mood. He is pensive as if he’s enjoying smoking a cigarette alone, but without a cigarette and not alone. Wrapping my arms around him is hugging a sculpture in winter.  I worry he can tell that I don’t like him very much. Truth be told, I barely felt him inside me. When I said we hugged tightly until we sweated, I wasn’t being coy.

“You’re beautiful,” I tell him to make him feel less sad.

He remains silent like he isn’t done just yet with his cigarette. This makes me nervous and I start saying things I don’t mean.

“Wow, wow, wow,” he says, standing up. His hand flutters in the air as if he is ordering a fire to simmer down. “I wouldn’t marry you. I couldn’t marry anybody right now. I’m still in love with my ex. I think about her all the time.”

He picks up a colorful map from his desk.

“Here is a map of my voice,” he says, illustrating his confession with a pie chart where the largest slice is in blue and says Repetitive Thinking.

The situation requires a sensitive performance. I climb on his bed, stand up on the edge and start singing “Casta Diva”, my favorite aria in Norma. I take it very seriously. I stretch my arms in his direction and then high towards the ceiling. He folds his arm and starts pacing back and forth in front the bed. He doesn’t look pleased, but I go on.

“Any special requests?” I ask.

Ledia Xhoga currently lives in Austin where she writes and translates fiction. She is an MFA candidate at Texas State University.