Please Interact with This Advertisement 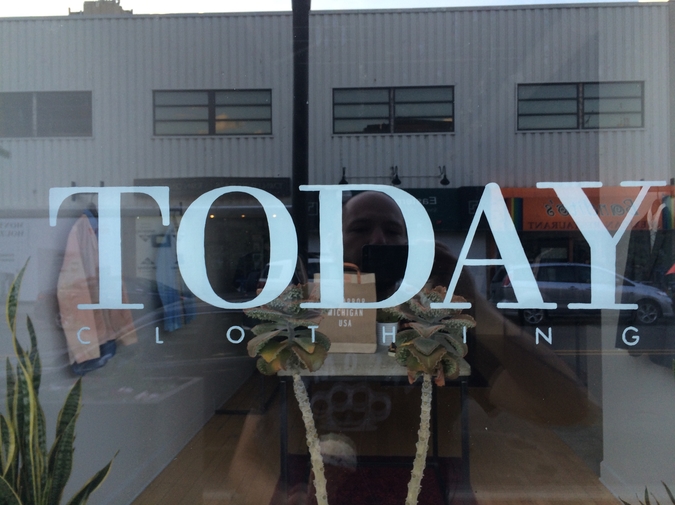 Your content will resume after you answer a brief survey.

How many movies have you seen in theater so far this year?

With whom are you most likely to go to the movies?

When are you most likely to go to the movies?

Why do you go to the movies by yourself so often during the day?

Find it more enjoyable that way

Film critic for a newspaper

Won free passes in a sweepstakes/giveaway/raffle

Just need to get out of the house

But why aren’t you at work?

Self-employed and/or work from home

Oh that’s too bad. What happened?

Terminated due to gross incompetence

Are you even looking for another job, or just watching movies all the time?

There’s only so much you can do other than fill out applications and play the waiting game.

The job market is a nightmare right now. Ask anybody out there and they’ll tell you.

Are you trying to bust my balls or what?

When I feel overwhelmed, I tend to shut down/wall myself off/retreat from reality.

Movies are expensive, you know.

Listen, it’s a temporary solution, all right? Just until I get things sorted out.

I’ve got to go somewhere after I leave the house in the morning.

It’s cheaper than sitting around the bar all day, like my buddies who got laid off too.

If you catch whatever they show first, at 10 AM, it’s not as bad as in the afternoon.

So what’s your long-term plan financially?

I’m pretty much fucked, to be honest.

We can survive off savings for another month before Linda gets suspicious.

I could ask Linda’s father for a loan, but then I’d have to fess up to everything.

I’ve been playing the lottery vigorously.

Have you tried talking to Linda yet?

I guess I’m worried she won’t respect me anymore if I tell her the truth.

Keeping it secret for so long is what she’d really be mad about.

I thought I had it under control at first, but it just got away from me at some point.

Now there are a bunch of lesser lies to cover up the original lie, and I’m kind of freaking out.

Where is Linda right now?

I haven’t seen her in a few hours actually.

She went to pick up the boys from soccer practice.

I think she had a couple errands to do also.

She probably dropped by her sister’s house afterwards. She does that a lot.

So Linda is close with her family?

Her sister is her best friend.

Her parents are still married.

Do you have any family around?

I do have a brother in San Marcos.

My mom passed away right before my first son was born.

I haven’t seen my dad in almost thirty years.

What does your brother do for a living?

He was doing drywall last I heard.

He bounces around a lot. He never seems to stick with anything for very long.

He’s got his own problems.

Could he get you a job?

I mean, maybe he could.

But I’m too proud to ask my younger brother for a favor like that.

What do you have to lose?

It’s not even worth considering.

There are way too many variables.

Yes, I realize how bad we need the money at this point.

But I couldn’t make my whole family move to another town on a total whim.

What are the major obstacles, the way you see it?

Well, first off, Linda would never go for it.

Uprooting our kids, at their age, would be brutal.

I’m starting to feel like I can’t do anything right.

It’s one of those situations where somebody has to lose.

All I’m saying is I’ve gone over every possible scenario about a million times already.

So I’m not sure how productive any of this is.

It’s nice to unburden myself at least.

What if you go to San Marcos first, get yourself settled, and figure the rest out from there?

How would I even, I mean, like… how would that even work?

Linda would absolutely lose her shit.

I’m not trying to deal with any more drama than necessary.

I couldn’t do that to Linda or the kids.

That’s what my dad did to me and Bill.

And I don’t think either of us ever fully recovered.

I know it’s a little different, but my dad must’ve had his own lame excuse for taking off.

I really don’t want to offer some half-assed defense of what my dad did to us.

But I guess there’s no way of knowing whether we’d have been better off if he’d stayed.

He did what he felt like he had to for whatever reason. I can’t judge him for that.

Maybe my dad did have our best interest at heart, even if he had a fucked up way of showing it.

Of course fatherhood isn’t supposed to be a popularity contest.

And if a husband doesn’t provide for his wife, then how is he even a husband to her?

As a man, you have to make hard decisions, and then be willing to stand by them.

What if I just left.