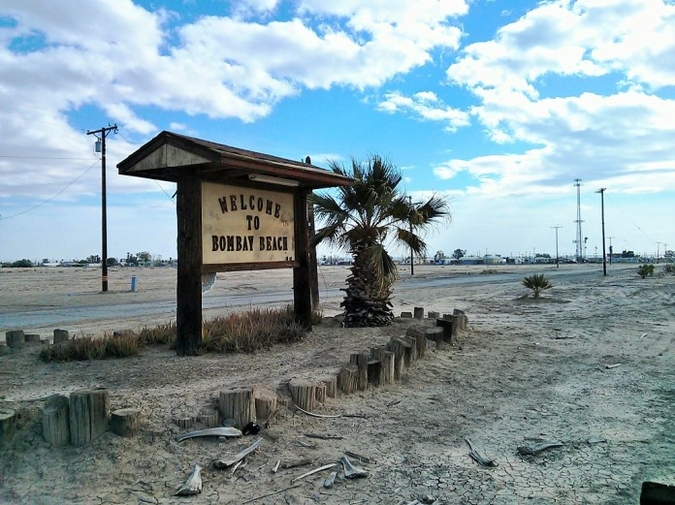 1. I visited Bombay Beach a few years back over Christmas. The tiny town sits on the shores of the Salton Sea, a giant, originally fresh water lake in the California desert that was never meant to be. 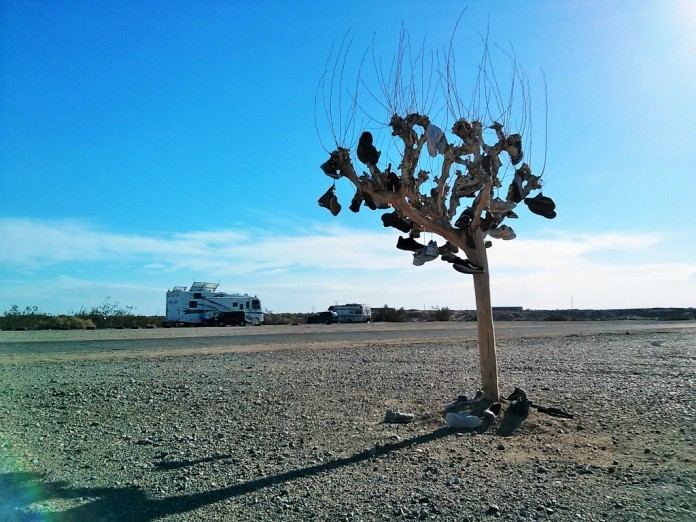 2. Its unlikely beginning: Man made canals were built to irrigate the desert for agricultural by funneling water from the Colorado River. 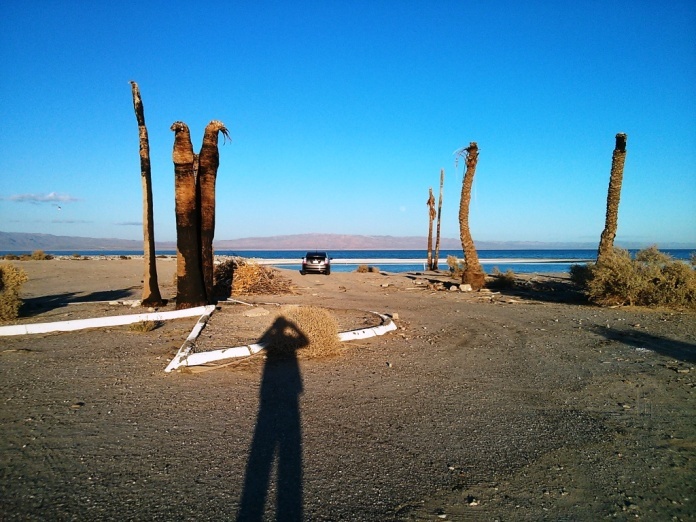 3. But nature did not cooperate. The river burst the canals dumping its entire flow, out of control and unstoppable for over a year and a half… and California’s largest lake was born in 1905. 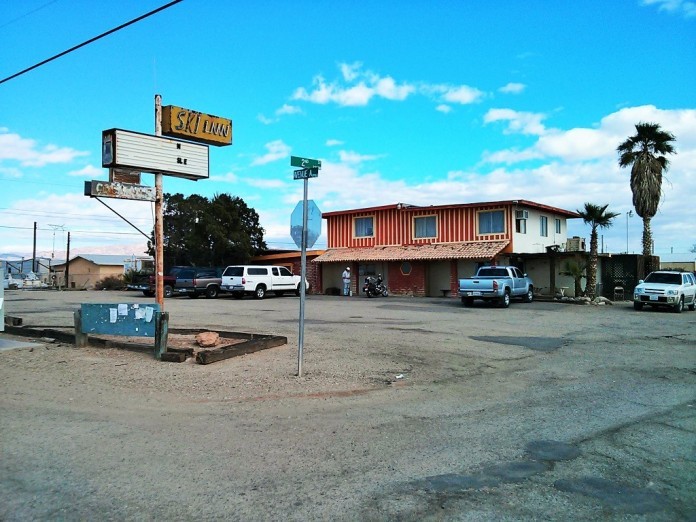 4. A generation later the shores were transformed into California’s version of the French Riviera. 3 hours south of LA, Frank Sinatra and Jerry Lewis slept here in the 50’s. 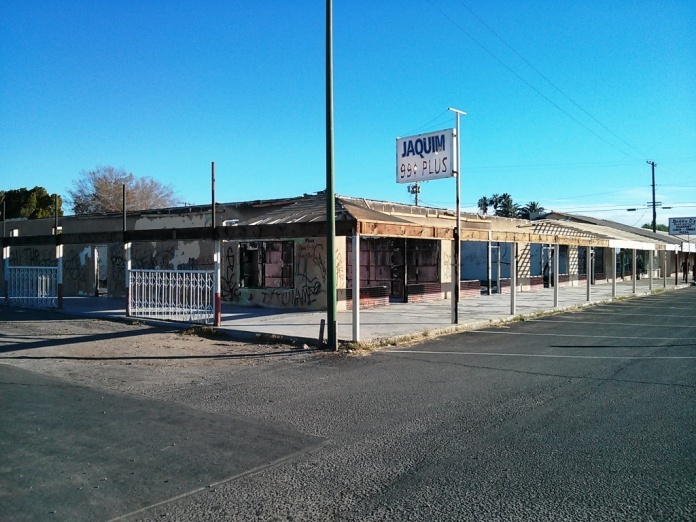 5. But the lake has no outlet… repeated flooding buried the yacht club, marinas and hotels. 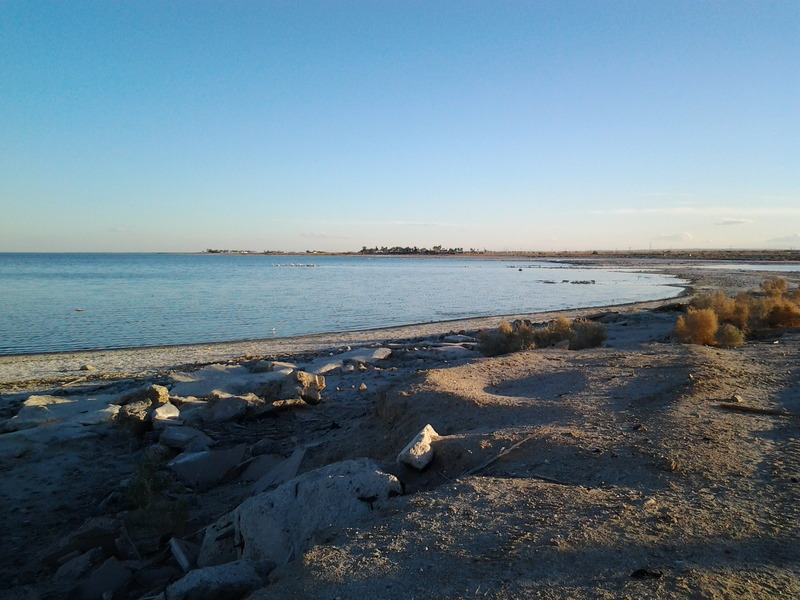 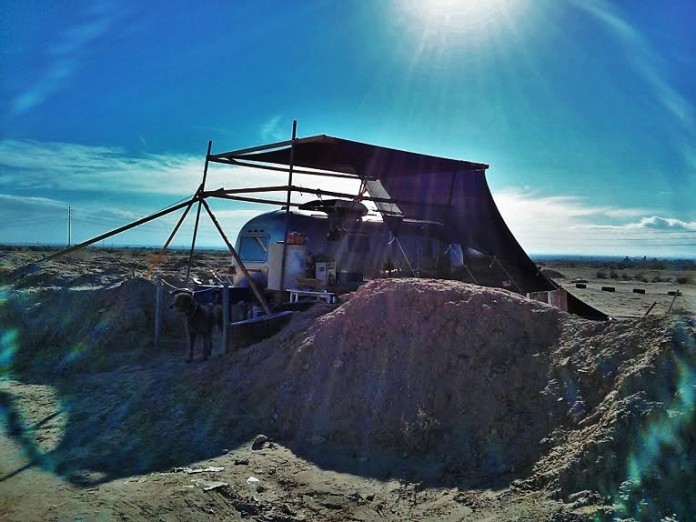 7. Fast forward 50 years, the tourist paradise morphed into a different kind paradise for a new population. 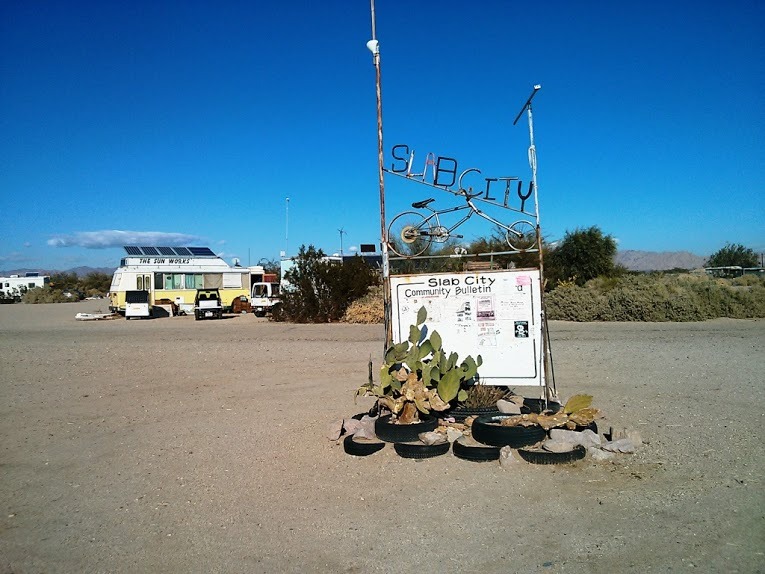 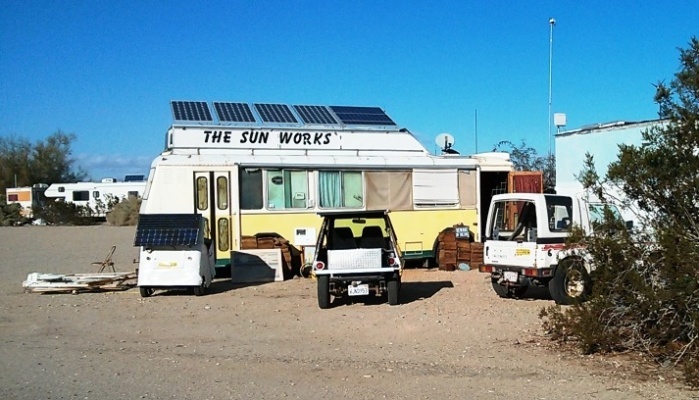 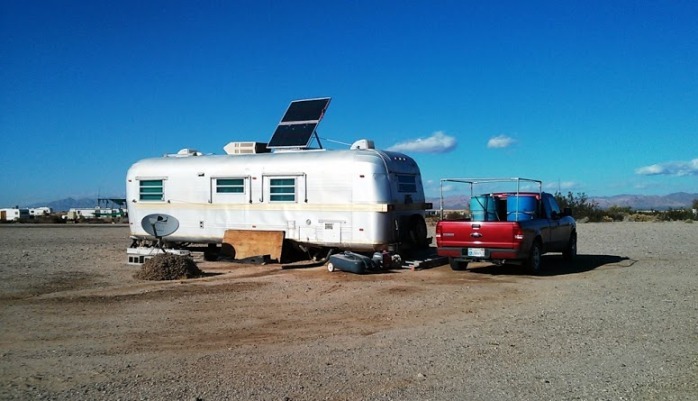 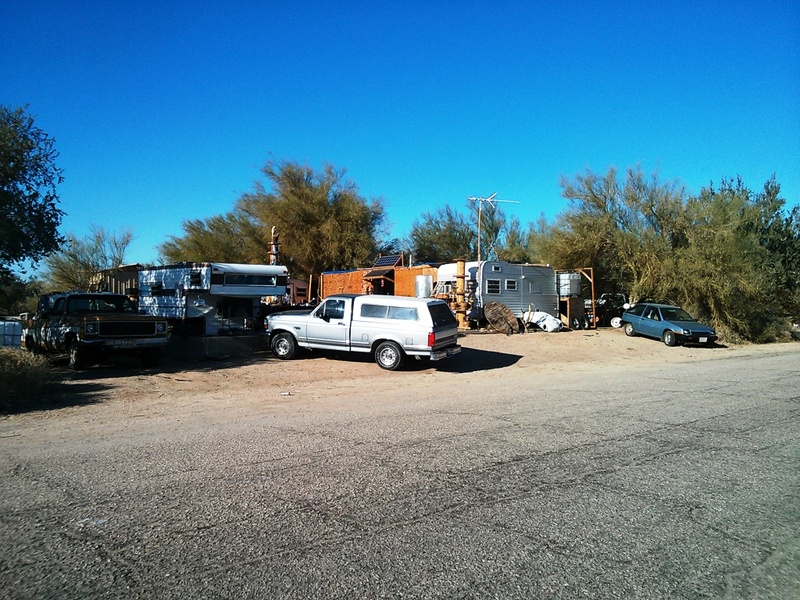 8. Bombay Beach re-emerged, this time with mobile homes and trailers. Off grid survivalist camps of drifters, snowbird retirees, musicians and ex-military set up on the outskirts with no water, electric or sewage… and no taxes.  The last free place on earth. 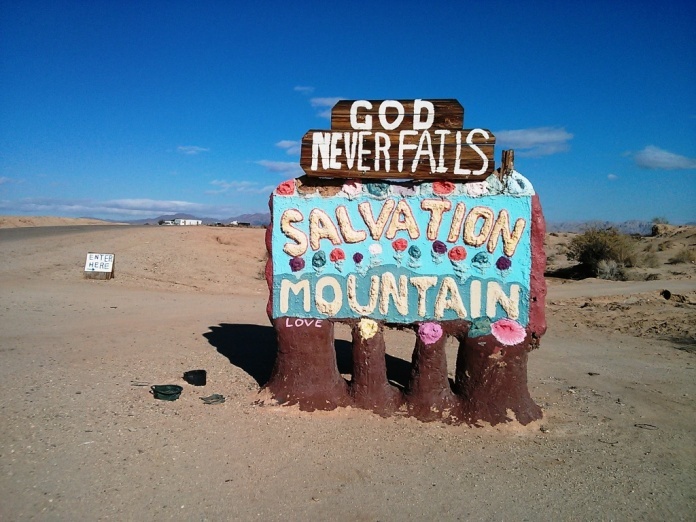 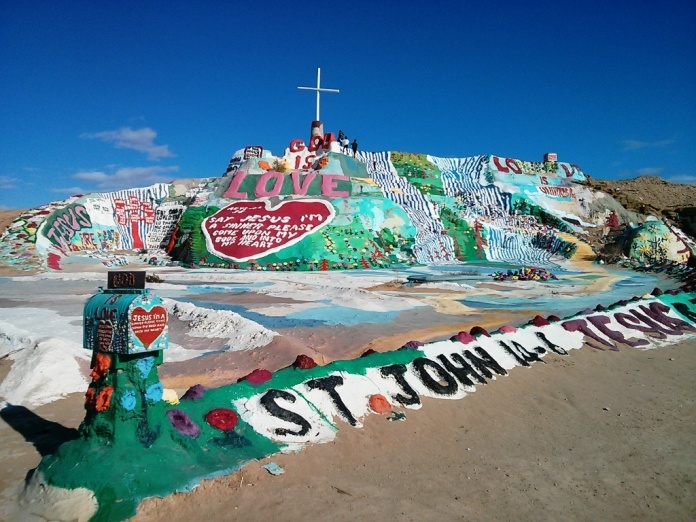 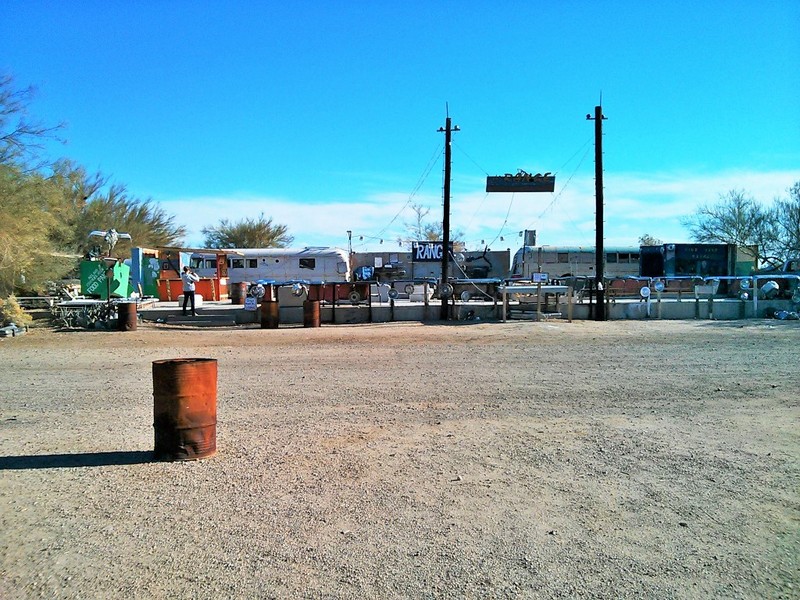 10. The Range is the place for entertainment with” Live Music under the Stars” every Saturday night …for anyone who wants to play. 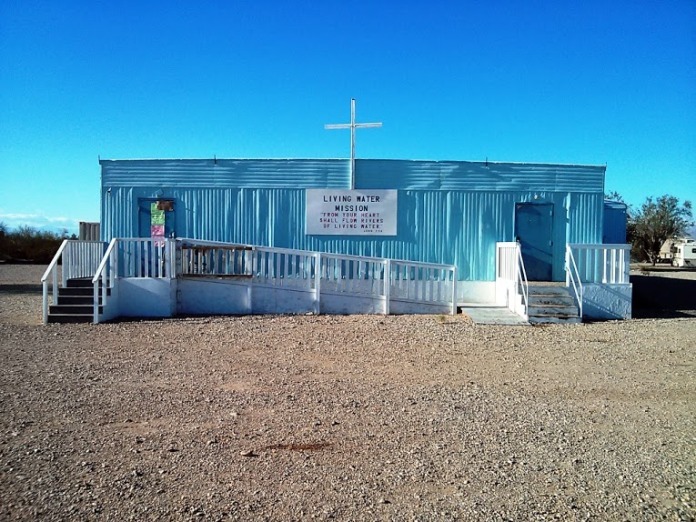 11. The Living Water Mission, also known as the blue church, posted notice: Pastor Pat left and has not returned.

Elizabeth McGuire is an artist and writer from Chicago. She lives with her husband and their wayward rat terrier, and when she’s not writing, she’d most like to be, or most likely be… sailing. Her fiction has appeared in Burningword and Unlikely Stories.