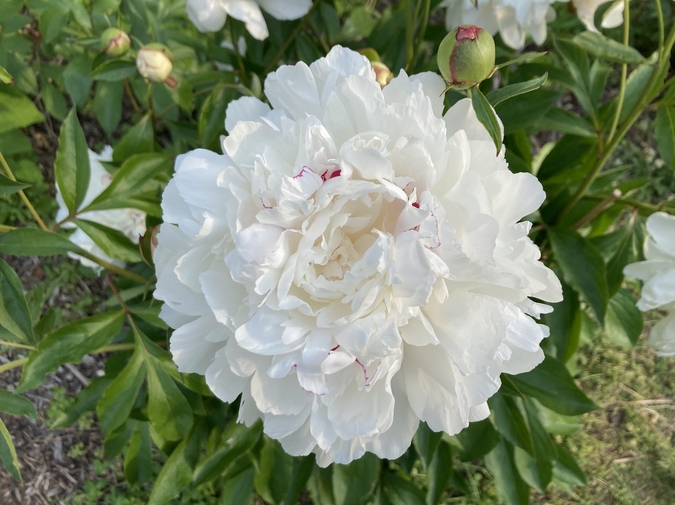 I will never read this essay out loud, so let me take some risks:

I add force to the wrong syllable. Use ah instead of ay. Give cadence to the l.

I pronounce the words how they are spelled. How I read them in my head.

A memory: Classmates laughing as I stumble across words in Where the Red Fern Grows. We are popcorn reading, and so the kernel comes back to me, again and again and again, popcorn popcorn popcorn. It’s funny to hear me struggle, it’s funny to hear the words they know so well, butchered. They don’t know I’ve finished the book twice already—to myself, in my thoughts. Not out loud, like this. Should I tell them how it ends? That both dogs die in the end, violent deaths from injury and grief? I want to tell them. I want to watch my classmates cry over these dogs’ deaths. I want to rip their perfect tongues out.

Another memory: a Friday night. I am eight years old and watching Penelope with my mother. The funniest part of this movie is not that Penelope has a pig snout, but that she is continually called the wrong name. Is James McAvoy okay? Why does he keep saying pen-eh-lo-pee? Poor Peen-o-lope, we laugh. Her boyfriend can’t even say her name right. Imagine. A name with an end synonymous with urine.

I learned to speak English by listening to Chinese. I learned the words goodbye my lover through Teresa Teng’s Zai Jian Wo De Ai Ren.

I learned more English by reading. I taught the words to myself in my head, not in my mouth. Because of this technique, I know the shape, meaning, feeling of a word. But never the pronunciation.

For example: I know the shape of melancholy. The hills formed by the tops of the l and the h, ending with a valley eroded by the y.

I know the meaning of melancholy, as an adjective. How if I know in advance a book is melancholy, I will plan to read it in the winter.

As a child I was proud of my mother for her English ability. She spoke slowly, but her pronunciations were perfect. Her flashcards and vocabulary books lined our living room bookshelves.

The years passed, and the study materials grew dust. She forgot the rules. Articles fell by the wayside. Adverbs lost their structure. Give me book quick. I know it is grammatically wrong, but I know what she wants, and isn’t the meaning all that matters, in the end?

My mother says she cannot speak Chinese well anymore after living in an English-speaking country for so long. She says it is a curse to speak neither the first language nor the second well. A curse to know only half-tongues.

Ocean Vuong writes that he loves his mother because she pronounces spaghetti like bahgeddy. I too, have learned to love this way—too late.

The first time I smoked a cigarette I was sixteen, on a rooftop in Budapest with my British friend who made fun of the way I, an American, said water. It’s wah-tah, not wah-terrrr, he said. You Americans are so coarse.

He handed me a cigarette from his pack and insisted I try it. When I put the white tube in my mouth, it felt like it had been there all along.

I speak like there is an ever-present, invisible cigarette dangling in my mouth, preventing my lips and tongue from forming the correct shapes. I blow out the smoke of vowels after a puff of consonants.

Even though I have spoken English as a first language for over twenty years, I spit out words like black tar. Cough out sentences like ash.

Pinyin is the official romanization of standard Chinese in mainland China. Because of pinyin, I can send texts to my relatives in China through WeChat. Though my writing and reading comprehension of Chinese is weak, I can speak and understand relatively well—so I sound out what I want to say in my head and spell the corresponding letters on my keyboard. Pinyin brings up the relevant characters.

Despite pinyin, each text I send requires mental gymnastics of translations. I want to say, happy birthday! So I think: Okay, happy birthday in Chinese is sheng ri kuai le, so I should type out this pinyin into the keyboard, and look, there’s the character options popping up, and I think I recognize the character for sheng after my awful four years in Chinese Sunday School, so I choose that, and I press send—but what if I type kwai instead of the correct kuai? Choose the wrong le?

My mother told me that her and my father’s first date was at the grand opening of the first McDonald’s in Beijing. East meets west, she giggled, the country finally opening up to capitalism.

East meets west: A boring racist cliche now, a whirlwind of new love back then. Their date began with burgers and ended with a rainstorm, under which they kissed.

McDonald’s as an example of the love I have for Chinese-English homonyms. In Chinese, McDonald’s is Mai Dang Lao.

I suspect I chose art direction as my career path because the job requires less words. I pull images, look at films, examine editing techniques, make moodboards. There is no real need for me to talk extensively, even in client presentations. I leave that verbal role to my white copywriter, who speaks loud, brash, and perfect.

He jokes with the client and the creative directors. He builds rapport. He reads his scripts out loud with ease.

After he is done, I point to my moodboard. They look. They see. They do not hear.

I know what the words mean, and where the story is going, so when I pronounce them incorrectly, it doesn’t matter, because I am the only one I care about, and because I have already built a world in which everything is perfect.

Penelope went to Episcopal church feeling melancholy, after a dinner of almonds and salmon. Perfectly pronounced in thought.

Jade Song is a writer and art director based in Brooklyn. Her short fiction has been nominated for the 2021 Best of Net Anthology, has received support from Tin House, and has appeared/forthcoming in places like The Offing, Waxwing, and the Asian American Writers’ Workshop’s The Margins. Find her at jadessong.com/.