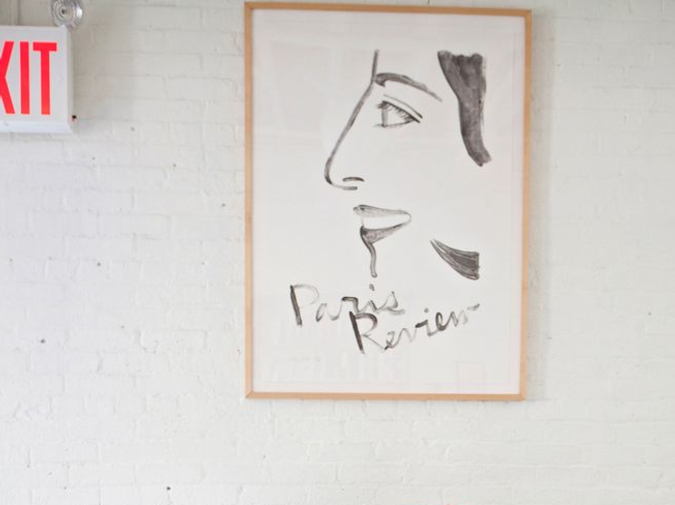 My family’s eponymous foundation is a donor to Columbia University, in whose MFA program in Creative Writing I was enrolled, but due to some substance abuse problems last semester, I had to drop out; and so, this story, which was initially begun to meet a thesis requirement for a collection of short stories, will likely be shopped by an agent, a friend of my mother’s, a clinical psychiatrist, whose patient in mention, the agent, happens to be, besides severely depressed, the godmother of a quite attractive intern at a reputable literary journal operating out of New York, whose editor, as I type this, is lying unconscious next to me.

I understand that was an unconventional lede, the tone of which may operate more as a personal essay, but a lot of this story is devised, by its glib nature, to hopefully illustrate the rhetorical effects, or diminishments, of an entitled writer who not only knows this will be published, but has less than an hour to finish this. I just took a 30 mg tablet of Adderall XR, one prescription in a variety of many to which I have immediate and unlimited access, if one considers my mother’s vocation. I also just did two lines of coke and am bleeding from a pretty deep scratch, as I tried to punch a cat in the face, who I assume is the editor’s. This is a very nice couch.

I also understand this is not the kind of story one would expect to read in these pages. Small world, but the aforementioned eponymous foundation, essentially a tax write-off for my father’s investment firm, bought up some delinquent mortgages during the crash, and as it turns out, I own not just this journal’s editor’s lovely brownstone, but also the journal, though of course there’s a little snag with their Board of Directors, so I have to technically submit this for their Fall issue. I’ve made it clear that I refuse to be edited, and just to prove that point, I will employ moderate Tourette’s throughout this piece; that such expletives are manifest will be a testament to their concession to my parameters. Dick fuck. Before I launch into the plot, which culminates into me currently waiting for a hand job or more from the intern, I feel dizzy. I’m typing very fast and bleeding, and my erection is already out, making the whole laptop thing somewhat ponderous. Fuck brains. My mouth is dry. Show don’t tell my butt. The purposes of this story are trifold: I promised my mother I would send this to her agent friend by midnight; and, as a pleasant way to pass the time while my mother’s patient’s hot goddaughter freshens up in the bathroom, which suggests I’m in for way more than a hand job; and, lastly, to provide a detailed account of the events leading to the seizure.

Anyone who’s in the know will know to whom I am referring, but for posterity—were this story to be included in a prize anthology, which would invoke an entirely new set of relationships the foundation has—our actors shall remain anonymous. Shit brains. This story begins at a two-Michelin star “unmarked hole in the wall,” to borrow from some ecstatic Yelpers, way too late for dinner, and way too pricey (in principle, of course), and with way too long a waitlist, to which I would not recommend bringing a box of Cheez-Its even if you were famished, unless you wanted to catch the eye of this esteemed journal’s editor, apparently a foodie, whose pants are around his ankles right now. He has the soft white effeminate ass I imagined he would have. The cheeks look like two large blank eyes begging for a long nose. To introduce yet another plot line, and to tidy up these inferences, I plan to sodomize him with a large vegetable.

The attractive intern—whose meandering novel about a deep chick is forthcoming from the depths of a vapid idleness mistaken for restrained profundity, cough, I mean Farrar, Straus and Giroux—and the soon-to-be sodomized editor of this journal are romantically involved, a former rumor having finally materialized under the table tonight, her soft hand job perfect hands affectionately upon his thigh. Heartache is both a cliché and an apt description that can feel clinically accurate. My heart, that is the area in my chest attributed to its residence, ached in a slow grey murmur, recoiled into my gut. It’s dumb, I know. I think I love her. And I want to show her this by thrusting my gland in and out of her throat until her tears and saliva and snot form a paste, an incidental lubricant, of which I shall tacitly approve with repetitive grunts. I think I love her. The way he looked at me, with that cordial smile that would have rejected my work, were it not for his and my family’s respective financial and moral bankruptcy.

Money does buy happiness, I promise you, but it's a psychotic kind. The houses get larger and the cars get smaller. The Scotch gets older and the women get younger. My mother diagnosed my father as a psychopath, which had little bearing on his assets, though she did win custody (technically; my father didn't fight it) and we moved into a 3BR condominium on 89th street, one of whose bedrooms was turned into her home office; that she was always disturbed by her disturbed patients I found, well, slightly disturbing; and little was I comforted that she found their sporadic and fleeting comfort so comforting. I began throwing hamsters at the wall until, long after they passed, matter came out of their ears. It blew my mind how such a thing, i.e. having one's mind blown, was contained in something which could leak out of one’s ears. She never noticed the stains on my wall, always quickening her gait down the hall as she passed my door. I sat there with my orange fingers and felt bad. The residual Cheez-Its still packed in the crevices of my molars suddenly made me nauseous. I dry gagged. Sufferers of depression will describe the onset of an episode as a wave because, like a small ocean wave which never crests, there is a certain kind of bliss in letting yourself be taken further away from the shore. Unlike pedestrian loneliness, the kind glamorized by not getting out of bed, here you have to stay afloat; and so, there contains in this metaphorical wave the odd masochism of persistence and struggle. He swept her bangs to the side and kissed her forehead. A large grilled octopus tentacle, served on a wooden platter and garnished with rooftop farm vegetables, was placed between us. “That’s really big,” she said. He kissed her again. Eventually you realize the ocean is so buoyant you can stop kicking and just lean backwards. I can't explain it. I can only tell you what happened next.

I carry a Taser. To ebulliently describe the ad copy for the Cobra 7 Million Volt Stun Gun CSP-007 would make me sound like Patrick Bateman, to whom I am sick of habitually being compared in class, the “sociopathic bro voice” of mine sounding antiquated, they all say. But this is just me. If I have to remind you, this story is in. My hard on has subsided though. Our estate’s lawyer provides legal consul, as needed, at a $30,000 per month retainer. Due to some fictional rape charges I’m not at liberty to get into, we have a standing meeting every Sunday for dinner, to go over the settlement. After steaks and a 1966 Châteauneuf-du-Pape, he says it’s technically legal to tase someone in self-defense, a “privilege of force,” according to the US General, “as reasonably appears necessary,” and here’s where the law is beautiful in its coy evasion: there is no legal definition for reason, being long since hashed to death by philosophy and the other humanities; as for appearances, or representative mimesis, the French post-structuralists fucked that to death too. And so, were it to appear to a billionaire’s only son, after some psychoactive drugs, that it was reasonable to tase another alpha male receiving the affections of an attractive literary intern with whom the former was in love, enough to throat fuck her into his oblivion, then that would be fine; and were he to inadvertently cause some kind of seizure, then he, in his self-defense, however hyper-sensitively perceived, might decide it would be fun to stick a firm vegetable in his poop chute.

I just got off the phone with my lawyer, who advised me to write the following sentence. This is being submitted as fiction and not personal essay. Of all lies, art is the most true, Flaubert said. Another fictional element of this story is how I saw a daikon radish in the kitchen earlier, and how I’ve already scored with a knife how deep I think I can go. I grinded up the dead hamsters in the garbage disposal, whose sink’s eventual clogs would make the most foul water rise. The oxidized blood turned the suds into a rust color, like burnt sienna charcoal drawings of clouds. Little hairs would eventually float to the top. My mother pretended not to see, then I did too. Crazy people kept ringing the doorbell. One of them fingered me. I began to control what was real, curating moments until nothing was. Life is a gorgeous bong hit that stops time ‘til now, our muse coming out of the bathroom with either crying or high eyes kneeling before the author, disassociately looking off into space, as if through the very spectator of her imminent performance, her soft hands coaxing every ounce of blood into the very creature that will soon plug her esophagus and regurgitate its genetic matter to be digested. This creature’s host, its central nervous system, will have to negotiate her cranium and the daikon, moving each thing back and forth in some syncopated ebb and flow of personal euphoria and someone else’s discomfort, each feeling bonded loosely in a cruel universe, like two wavering stars whose end points form a line that, not being an actual line, fails to divide good and evil. Cunt dish.

At dinner a certain someone whose hairless anus looks like the rare pink orchid said my writing didn’t penetrate the reader. Maybe this will.

Jimmy Chen is an administrator at a large institution. He enjoys writing and cooking, and reading and eating.