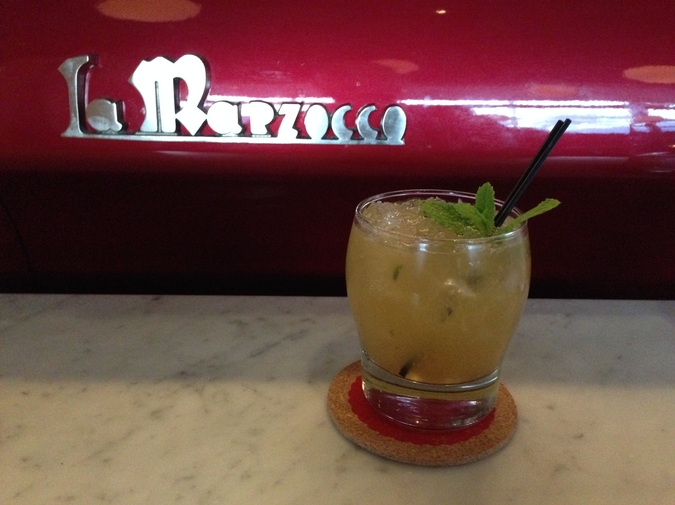 My twin Kendra and I were blessed and cursed with an enchanted childhood, filled with song and dance and magic and merriment and whimsy and wonder, our extended innocence arising from the comfort and warmth our mother provided, our mother keeping us close to her longer than most mothers might, foreswearing any tearing of the intimacy between us, and endowed with such unusual physical attributes as would extend our childhood fantasy world nearly into adulthood. It wasn’t just our proximity to Mother’s bosom that engendered our feelings of warmth and security, Kendra and I nestled against her like so many head of pork, and never once sick until we were weaned. Nor was it the songs Mother sang while we fed, music woven into our souls and psyches, “The Water is Wide” when we were babes, and then “Danny Boy” and “Mountain Dew” as we grew older, leading later to “The Piano Has Been Drinking” and, of course, “Streams of Whiskey,” the chorus of which Kendra, Mother, and I sang in harmony—“I am going, I am going, where streams of whiskey are flowing,” though Kendra and I were already in that wonderland where streams of whiskey were flowing, due to Mother’s unusual physiology, a gift we failed to cherish until it was taken from us, our unrecognized blessing, Mother’s breasts flowing with streams of whiskey, or one of Mother’s breasts flowing with streams of whiskey—her other flowed with melted butter, not drawn or clarified of the type you’d dip lobster tails into, though we did dip lobster tails into great steaming bowls of the stuff, but more the kind you’d bake into brownies or seven layer bars or lemony cream butter cake, and certainly a perfect chaser to the whiskey we drank from Mother’s other side, scotch some days and bourbon others, rye less often and sometimes Irish, which was everyone’s favorite.

Kendra and I would sup in the morning, side by side, as Mother sipped coffee or a breakfast cocktail. We’d take nips throughout the day and evening, in the afternoon and late at night, and certainly throughout the gloaming, Kendra and I alternating between the sunshiney taste of Mother’s butter and the more smoky taste of her whiskey. Oh, how happy we were! How filled with life’s bounty! No children in all Christendom have ever been healthier or more relaxed, more raw and open to the joy and sadness of Barnyard Critter Collectibles or stuffed kitty cat mobiles, everything before us a wonder, or absolutely tragic, from playpen mishaps to the particular sadness of a bib hardened with old spit up, though whenever we did swing into bouts of melancholy, Mother was there to raise our sprits with another round of butter and whiskey.

Is there anything more adorable than a drunk toddler? I don’t mean a slurring, stumbling, falling down, cursing toddler, though we often enough found ourselves in that state, but an evenly buzzed toddler, whose mother can offset whiskey intake with soothing butter, maintaining her toddler’s perfect, moderate drunkenness. At some point it probably stops being so cute, drunken children, though we never reached that point, which makes it all the harder to understand Mother’s declaration, when we were barely fourteen, that we were getting too old to nurse. The howls of protest that followed! Were we also, Kendra asked, getting too old to breathe? Or, I wondered, too old to sing and dance, to scream and fall down? Too old, Kendra raged, to shit our pants? Yes, Mother said, all that and more. Too old, too old, too old. Will you believe me when I tell you that this news delivered unto us a kind of living death? The horror of innocence lost not gradually or gently, but snatched violently with Mother’s proclamation that our whiskey and butter days were nearing an end!

She tried to ease the blow, weaning us over several months, but everything we’d known of joy was gone. No longer could we nip from Mother’s whiskey bosom when we thirsted. Now we nursed only in the morning or in the gloaming or right before bed. We remained innocent of sobriety, yes, but we knew our days were numbered—and it was that knowledge, like Adam and Eve’s in the garden, that marked the true end of our innocence, Mother’s whiskey declining from ninety proof to eighty, and then falling further still, until she issued nothing but peaty water, her butter turning gradually to a low fat vegetable oil spread. Oh, how we wailed! How we mourned and still mourn! Has any childhood been so filled with drunken, buttery enchantment as Kendra’s and mine? Has any child fallen further, having been given so much, only to have it all snatched away?

The night before Mother cut us off for good, Kendra and I latched on one last time, alternating between what was now club soda on one side and what neither of us could believe was not butter on the other, my own devastation reflected in Kendra’s tearful eyes, as we looked at each other knowing that from here on out, the days would hold more sorrow than whiskey, more heartache than butter, our arteries clear and our minds un-muddled and the magic of our childhood gone forever. Since then, we’ve known nothing of enchantment. Since then, we have only memories, and the knowledge that nothing to come can live up to the joy we once knew at Mother’s bosom, my twin Kendra and I drunk and diapered and free.

Samuel Ligon is the author of a book of stories, Drift and Swerve, and a novel, Safe in Heaven Dead. A new novel, Among the Dead and Dreaming, is forthcoming in 2016. His stories have appeared in New England Review, Prairie Schooner, The Quarterly, and New Ohio Review, among other places, and his booze writing appears in The Inlander. He edits Willow Springs.