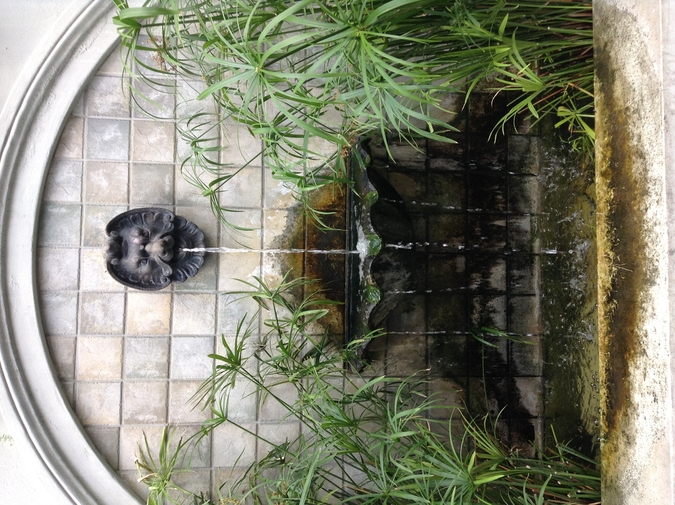 - Drink through a straw.

He’s sweating in the kitchen, he comes out, he asks you to put the fútbol game on.

You ask him what channel it’s on.

He holds up two fingers, then four, then two again.

You change the station, he asks, “Can you get me wine and Pepsi, buddy?”

“We’re out of wine, Osmin.” Nobody placed the liquor order after you did inventory.

- Dr. Pepper or Root Beer, whichever he is feeling.

- Top with Dr. Pepper or Root Beer, whichever he is feeling.

- Drink through a straw.

“Here, Osmin.” You slide him the drink, “Can you make me a sandwich?”

He watches the game for four minutes, then goes to the basement.

You open the basement door, take a few steps down the stairs.

Osmin is looking at cars on Craigslist. ”Osmin, are you going to make my sandwich?”

“No problem, buddy.” He takes a pull of his drink like it’s a milkshake. He looks up at you, “Want eggs and salsa on that?”

“That’s okay. I’ll just make my own. Do you mind? I don’t want to get up in your kitchen if you don’t want me to?”

“I’ll get it, don’t worry. Don’t worry.” He points to a car on the computer screen, “What do you think of this one, buddy? Jetta is a good car.”

Your stomach hurts. “Yeah, they’re okay. My sister has one. They have all those problems with emissions though.” You think you might be dying of hunger.

“Yeah, good price, good gas mileage.” It’s happening. This is going to be your death, right here in the chamber basement of this greasy restaurant.

“I need something safe, for my kids.”

“It’s safe, I think.” You think about Osmin's salsa. He brings it from home. It’s not legal for the restaurant to serve it, since it’s not a regulated kitchen, but who gives a shit? It’s good salsa, but you don’t want to tell him just how good, “I need to get back upstairs. There might be bar customers.”

“Okay, buddy.” He takes another drink, down to the bottom. That crunchy sound indicates he is finished.

“You need another?” Here’s your chance.

“How about I make you one more drink and you make me a sandwich? Like a BLT or something? Or huevos and salsa, I guess.”

“Sure, buddy.” He clicks on a few more craigslist posts.

The bar is still empty. You grab a new pint glass.

Your Special Margarita for Osmin –

- Use tumbler to shake contents.

- Drink with a straw.

You think about putting Sriracha in the straw to mess with Osmin, but then you’ll never get fed. Instead, you turn the TV from the soccer game to Seinfeld. Osmin runs upstairs and asks you what the score was.

“I don’t know. It’s the episode with the immigrant and the pony.” You look back at the TV and ask through the side of your mouth, “Did you have a pony in Guatemala, Osmin?”

“Did you come over here on a pony?”

He grabs the margarita, shakes his head and says, “coyotes.”

“You rode coyotes?” You pronounce it ‘Kai-oats.’

“I paid men to take me over when I got to Mexico.” He takes a sip of his drink, “We slept in the desert one night and when I woke up, I was all alone and my bags and money and water were all gone.”

He shrugs, “Yeah, I guess. It was so hot out. I just kept walking in one direction until I found a village. Some people helped me.” You and Osmin watch the TV for a little while in silence. “I’ll go make your sandwich, buddy.”

But you weren’t feeling so hungry anymore.

Joshua Bohnsack is an MFA candidate at Northwestern University and bookseller for Curbside Splendor. His work has appeared or is forthcoming in The Rumpus, Queen Mob’s Teahouse, The Mondegreen, and others. He ran an ice cream shop in rural Illinois until he moved to Chicago.