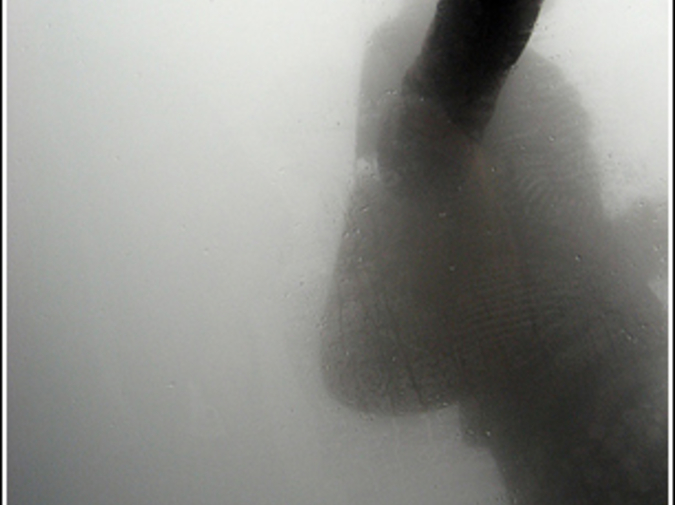 The kind personnel manager showed me the packaging room and the board where people clocked in each day. She told me the security code for the doors and pointed out the restricted areas. Lots of people were wearing protective clothing in there.

The logistics office had an impressive whiteboard, covered in times, dates and quantities. Everyone seemed friendly.

What I couldn't understand, though, was why everyone carried bags. There were small bags and large bags, bags made of denim, silk, goretex, leather, plastic, rubber, hemp and jute; bags of all colours and no colour; striped, spotted and chequered bags; they were carried on shoulders and, wobblingly, on heads, around arms, across backs, or on the front like a baby; some of them were huge and stuffed full, others were carried lightly like small friends, or wheeled around by their whistling owners. One man was carrying a bag so heavy that he couldn't swing his arms when he walked. At least I thought that was why.

I waited for the personnel manager to explain all the bags. But my tour was nearly over and she hadn't mentioned them so it was time for me to make a stand.

"So are the bags company policy or something?" I asked. The personnel manager appeared not to have heard, so I repeated my question. I had the feeling of terror I get when people can't hear me, the sudden panic that I was of absolutely no consequence to anyone. She made a nervous tic motion of her head to the left, and then she coughed.

"Well I'm sorry, Derek, this is a bag factory. Of course there are bags everywhere."

She seemed so defensive that I didn't reply. After all, it was my first day here and I wanted to make a good impression.

As I followed her to the reception desk where I would be answering phone calls for the next three weeks I noticed that she was wearing a frog rucksack with large eyes that swiveled around as she walked.

I greeting a few callers by saying 'Jenkins', which was the name of the board game factory where I'd been working the month before, but when I explained my slip they didn't seem to mind. Apart from that I didn't make any mistakes. I couldn't figure out the bag thing, though. When the production staff came through from the shop floor for their tea break I called one young worker over and asked about her enormous moleskine bag, which she was dragging around with both hands. She went red, rushed back to join her colleagues, said something, and they laughed and turned to look at me.

That night I dreamed I was sleeping in a huge bag that was covered in zips but no matter how many zips I pulled it seemed to close off another section of the bag, so that in the end I woke up gulping air. I went downstairs to try to calm myself with a jam sandwich. It took a long time to get back to sleep due to the fact that I could not work out why I was working in a bag factory, what I should have been doing instead, and what mistakes I had made. I don't remember how I fell asleep.

The next morning, despite everything, I went to work with a great sense of excitement. I was no longer a stranger; I had been at the factory for a whole day already. People knew my face. For the first couple of hours I answered sales enquiries on the telephone with verve and wry skill, and sent e-mails of such accuracy that a couple of directors wrote back to congratulate me.

Soon it was the morning tea break. When I didn't see the worker from the day before, I started to worry that she might only work part-time, or that she had been sacked, or that she had run away from the factory to start a new life at sea. I had planned to tell her about my successful morning but I was in a state of panic by the time I saw her. Nervously I waved her across. Today her bag seemed even larger than the day before, and it took several puffing moments for her to get to my desk.

Things seemed to be going well so I asked her again about all the bags.

"Look, you don't talk about the bags, OK? You just don't do it." She was frowning and I thought that she would never talk to me again, and that I would die alone in a ditch. But then she suggested that I meet her in the cigarette shelter at lunchtime.

In the shelter, Mandy was smoking like an oboe player. I watched her for a moment.

"So," said Mandy. I sat opposite her on a plastic bench. The shelter comprised two plastic benches, which may or may not have been manufactured in a bench factory somewhere, and a low plastic table with brown burns clustered towards the edges. On the wall hung an empty noticeboard pierced with tiny holes where notices had once hung.

"No one smokes any more."

It wasn't clear what she was talking about, so I told her a story about a man who didn't know what to do with his life, so he spent all his money on a present which he wrapped up in a box with the intention of giving it to the first person who said something kind to him, but no one did, so he just had to take it back to the shop and get a partial refund.

"That's a strange story," said Mandy. Her smoke was settling in layers near the ceiling.

"Now tell me something embarrassing," she said.

I told her about the time I drew a penknife on my brother in an attempt to get at my parents' drinks cabinet.

We shared a cigarette. It made me cough.

Then she opened her moleskine bag. On the bench between us, she put a torn 50-metre swimming certificate, an empty whisky bottle, a pouch of blood, some bark, a broken garden gnome, a baby's sock, a penknife, and the instructions for a board game. She stared at the items for a while in silence before putting them all back in her bag.

A week later I was sitting with Mandy in the portakabin again. I had taken up smoking. She had just told me about the swimming certificate. Quite a story.

"Hey Derek, look," she said. She was pointing to my shoulder, and I turned to look, and by pulling my jacket slightly I could see that a rucksack the size of a glove had appeared there.

"What...?" I asked. I tried to reach the tiny bag but I couldn't get to it due to the standard shape of my arms.

I took off my jacket and wrenched open the rucksack. It was full of cloth, and it kept coming as I pulled, as if from a magician's hat. When I had finally emptied the rucksack, the cloth covered most of the floor of the smoking shelter. The low table could be clearly seen bulging beneath the material.

The cloth was well made, but featureless. I bundled it up again and took it out of the shelter. Mandy watched from the doorway as I ran around in circles with the cloth billowing out behind me like a white flag.

Dave Prescott lives in Herefordshire, UK, with his wife and daughter. His stories have also appeared in Barrelhouse, Eclectica, Word Riot, and the Duck and Herring Pocket Field Guide. He maintains a community website loosely based on the design of the Hobart website. See www.cliffordparish.org.uk.