ode to the state that raised me, or: when people ask where I’m from and I tell them Jersey and they say oh I’m sorry and think it’s funny, I want to punch them in the throat 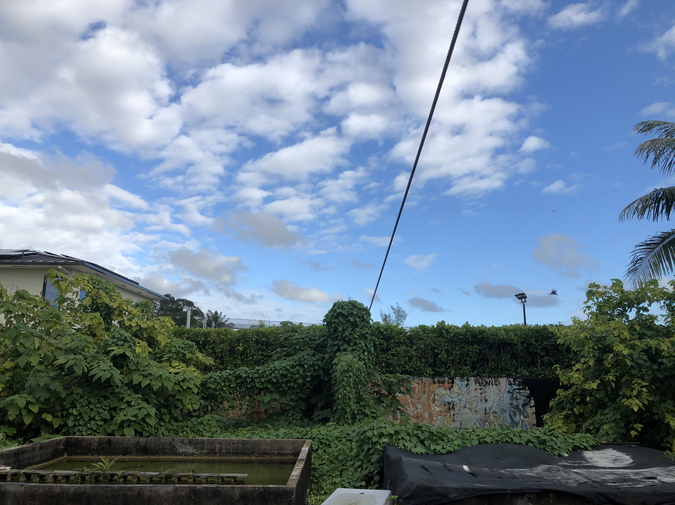 Yeah, something like that. Or more like short sequin skirts on funnel-cake summer nights and the kind of how you doin’eh that feels like a ladle of warm tomato-basil sauce in your stomach when you hear it.

More like cat calls on every corner and the Path shimmy to and from the city—its faint bouquet of urine, booze, and bagel. The subway stop announcements like scratched to shit records broadcast through a tin cup. The men hawking pointer-finger sized vials of Egyptian musk for five bucks. The rush of bodies rushing up steps, emerging into each above-ground day like Bowie ascending through steam-plume into a ricochet of honk and light.

My Korean-Italian-American cousins grew up on the Jersey Shore and sometimes I grew up there with them. Elbow to elbow, we’d consume zhuzhed-up Ragú and snowdrifts of parm over ravioli or rigatoni or penne. Shovel entire cities of carbdom down our kid throats before darting off like the minnows at low tide.

Down on the beach down the shore at night, we’d piston our stick legs and stick arms over still-warm evening sand. Run as fast and as far as we could, the fists of our hearts throwing southpaws inside our chests. While the stars punched their necks through plastic black and the zamboni lumbered its grids from jetty to pier—an armored dinosaur dining in moonlight. Yeah, give us bowls of Barilla in any shape—some acidic-chunk meat sauce and a shake of off-brand parm—and we’d go all goddamn day.

I’d spend summers and most major holidays in their salty old Victorian by the sea. Nights with sand in starched sheets, the same ones my aunt would later clothespin to her lines and let the onshore winds whip. I’d let the sun lick my body raw before turning it to cornsilk, cantaloupe, then gold.

Long ponytails chromed with dried ocean, my Korean-Italian-American cousins and I would skate or run or skip along a shoreline that knew how to teach a kid things. About slicked bodies and buoyancy, sand-scrape and jelly sting. And about how a mug of air can hold the same thick temperature as its adjacent Atlantic. How your body, cling wrapped in ocean wet and wet air and bits of shell shimmer, can hold that same temperature too. To the point where you consider maybe, just maybe, none of these things is separate from the other.

Go ahead. Tell me you’re sorry I’m from New Jersey. Rib me about the sounds our guido and ghetto and loud mouths make. About the congestion and the fucking garbage. Elbow me when you say you mean like gym/tan/laundry, right? Make me want to punch you in your beautiful bird throat. Because yeah maybe, but also more like neon saltwater taffy tilt-a-whirls inside Boricua gloss mouths—pencil-lined glitter holes, technicolor galaxies of Español. Or like pizza and forearms as big as your blowout.

Or skinny stilettos and fat gold-handbag chains all in your face if you look too long. Designer mani-pedis in electric blue, flamingo, animal-print over orange. The best goddamn looking middle fingers you’ll ever see—suburban flesh in iced-up sprawl. Gold tips and diamond drip all over the cut-gem bodies.

Or a flood of sidewalk and gold teeth. Wide-open space when you need it. Reggaeton music and Hot 97 airhorns and top-ten pop hits blasting from daddy’s Beamer—all the booms in the trunks competing. Wanting to be seen through the crush of sweat.

When people ask where I’m from it’s different than when they ask my Korean-Italian-American cousins. Where are you from? No really, where are you from? The question a Dollar-Tree balloon begging the upper atmosphere to suck its metallic into her stomach of bright haze.

As kids, my picket-fence skin pinked in the sun. Cherried when that balloon showed up—which wasn’t often but fuck.

As a pack, my Korean-Italian-American cousins and I were little foul-mouthed figurines made of compressed carbon and steam. On their own, they knew how to stand—sinewy oceanside eagles aglow in the same sun that wrecked me. Jersey and the fire of an Irish father all up in their blood. And so they’d stand and say CAW-fee. They’d say WUH-ter. They’d say DAW-g. Without skipping a beat.

Ohshit, so you mean like Bon fucking Jovi and Springsteen and chemical skylines? You mean like what exit are you on the turnpike? Oh so you’re from the hood, right? How did you come out of there? You mean like Wawas and Dunkin' Donuts on every corner, strip malls and corner barbers and cosa nostra? You mean like American dream malls and all-night diners and southbound traffic on a Friday like get the fuck outta here? You mean like the Meadowlands and the bodies and the kind of bass-rattle that cocoons your skull, makes the world fall away when you're inside it?

Yeah. Like that. And also like so many mixed immigrant families whose sound is broken glass like beautiful-broken. Who fight like just-split piñatas—scattered mayhem and sweetness. So many thick gumba families, with hot wives in hot pants and hairy contractor husbands, who hustle something—anything—then follow up with thick hugs and kisses on either side of your cheek.

Like blood that would scrape pennies and punch throats and break the world for you.

Laura Winberry was born/raised in NJ, but currently resides in the PNW. Along with two other poets, she runs Frank Mouth and Gold Snow. Her first book of poetry, bell lap, was published by the sweet-sweet Indolent Books and explores the performative complexities of female embodiment through the lens of cyclocross. Some of her words can be found in No Contact, Bateau Lit Mag, and The Radavist, and are also forthcoming in the Poetry Brothel Anthology. She is currently working on an epistolary heroic crown dedicated to the BLM movement. When not quarantined, Winberry volunteers at a local men's prison teaching/talking about poetry. She fucking loves it. You can holler at her on Insta @winbraker or her website.