Ode to the Mariners 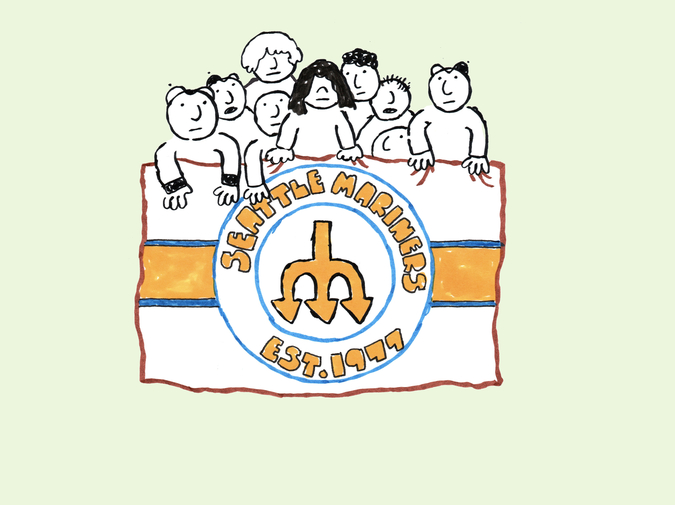 The bartender, we start sleeping together because he likes that I know all about the tragedy of his Seattle Mariners.

One night I wait for him to get off work with two double vodka sodas at the Town & Country. There are no baseball games on; it’s late on both coasts, the sky’s dark all over, etc. He arrives and we talk and laugh and then a song about a dead man named Adam comes on through the jukebox and he cries because his dead best friend’s name is Adam, and then I cry because I have a dead friend too, and because hell I’m sad about Adam myself now, who, when they found him on the floor, was wearing my bartender’s shirt.

That night, when we get home, the bartender tells me about his family and how he doesn’t know whether his father is alive or dead. Nobody’s known for a decade, he says. I don’t know what to say, but for once we lie in bed and don’t have sex. I stroke his back, he says that it feels nice. We sleep quietly all night. Then in August, we go to Idaho, then Washington, where we sit on a rock in the middle of a river in our swimsuits and drink vodka-lemonades, touching sunburnt shoulders and watching families float by.

When the summer’s over we drive eight hours to see the Mariners in the flesh, in the navy-blue-and-teal, last game of the season, it’s all or it’s nothing. But they fall to Los Angeles without ever taking the lead, without God even giving them the chance—God, who is likely a fan of the Angels. We spend too much money on too many beers while the Mariners miss out on redemption and glory for the second consecutive decade. It’s Kyle Seager’s last game with Seattle, and once it’s ended, his son, no older than five, goes to him on the field. They embrace. We are crying. The father Seager walks back to the dugout, and in the stadium, everyone together mourns.

Allie Levy is an MFA candidate at the University of Montana and a graduate of Bennington College. She is a Mets fan by birth and a Mariners fan by proxy. Her Twitter handle is @tax_levy.