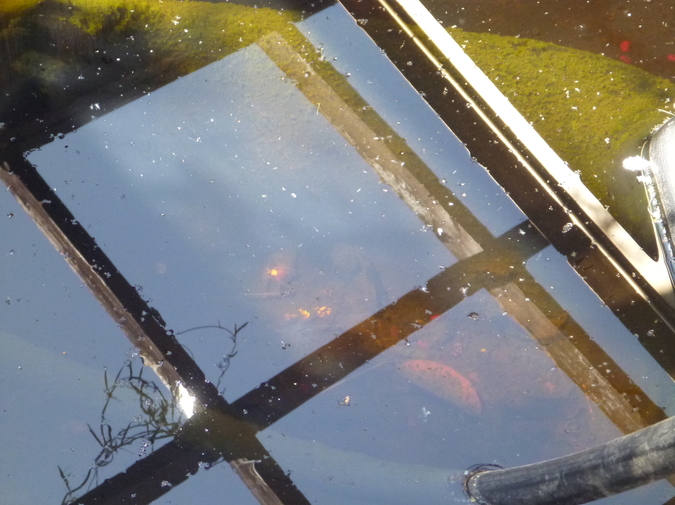 In the course of one blurry song by Clap Your Hands and Say Yeah!, Brianna realizes she’s already broken up with New York City, and that was before the subway broke down. She opens her eyes and yawns. She feels like a ball of primal yarn, her energy entangled and tied up. Yes, she’s been ostracizing Jean-Boy since the moment they sat down in the subway. And no, she doesn’t really have a good reason. She just felt like being sadistic. Like denying Jean-Boy something he obviously wanted, so she could feel in control again. She knows it’s fucked up. She knows it’s vengeful, malicious, and pathetic, but she feels like a stranger in New York (which is his city, she tells him all the time) and Brianna blames him unconsciously for her feeling of estrangement. Any second now, the subway could start moving again, she thinks, taking her emotionally farther and farther away from him. She turns up the music in her iPod and plots her next move. Maybe, she’ll drink Kir Royales with that director and fuck him in his loft apartment again, just to feel emancipated from Jean-Boy. Maybe, she’ll move back to Portland, take afternoon naps with Sammie, their long-haired dachshund, and help her Mom tend their backyard. Maybe, she’ll buy a one-way ticket to Seattle and throw her dirty underwear off every bridge. And maybe, she’ll buy a ticket to Montréal and then OD on Oaxaca smack in the Greyhound bathroom like the lead singer from Blind Melon.

Even his sacred biosphere (of anime, video games, Oedipal and teen porn, poststructuralist psychobabble, and grad school fellowships) can’t save him from the critical intervention of the collapsing world. Once the emergency lights turn on inside the C train, passengers’ eyes blink quickly in emergency code, resuscitated hope, and quiet despair. Jean-Boy imagines he is a self-created hero and comic book villain all at once, traveling through time machines to arrive at this moment so he can stab the subway door with a neon sword like a space gladiator, thrusting his electric epée into the side of the train to liberate freaked out passengers trying not to look freaked out. He imagines he’s a ninja, running down subway tunnels made of cabbage and carrot. He imagines he’s a Voltronic human being, made of a million microscopic nanobots, ready to burst through the train windows as a high-tech first responder, his fragmented self exploding into tiny particles. As the virus-sized machines reconnect themselves to reform his body again, he will have an electronic soul of lost matter: a cluster of infinitesimal memories of cyborg love, symmetrical spoons, the bittersweet scent of Shea Butter, the meter of grad school catch phrases, the libretto of their sexual soap opera, and the hyphenation of his own identity.

Jackson Bliss earned his MFA from the University of Notre Dame where he was the Fiction Fellow and the 2007 Sparks Prize Winner and also his PhD in Literature and Creative Writing from USC where he worked with TC Boyle, Aimee Bender, and Viet Thanh Nguyen as a College Merit Award Fellow, FLAS fellow in Japanese, and two time ACE/Nikaido Fellow. Jackson was the 1st 2013 Runner-Up for the Poets & Writer’s California Exchange Award in fiction. His short stories and essays have appeared or are forthcoming in Tin House Flash Fridays, Antioch Review, Guernica, Kenyon Review, Fiction, Santa Monica Review, Boston Review, Quarterly West, ZYZZYVA, Arts & Letters, Joyland, Pleiades, Fiction International, Notre Dame Review, 2012-2013 Anthology of APIA Literature, African American Review, Kartika Review, Quarter After Eight, Connecticut Review, Stand (UK), 3:am Magazine The Good Men Project, The Daily Dot, and the Huffington Post UK, among others. Jackson is a lecturer at the University of California Irvine and CSUN.