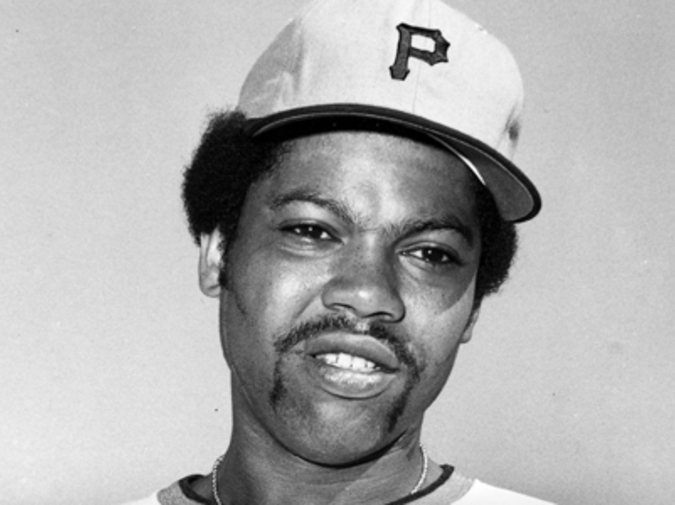 [Dock] Ellis threw a no-hitter on June 12, 1970. He later stated that he accomplished the feat under the influence of LSD. - Wikipedia

Jerry flashes his fingers between his legs: one-two-three, low and outside. I wind up, pitch and a hundred identical baseballs form a line between my fingers and the jewel in the catcher’s mitt. The batter could hit any one of them but he turns into a corkscrew pointing his stick at the sun. The umpire calls a strike or he’s the ghost of my grandfather showing me the graves of our ancestors. We’re playing the Padres which means “father” in Spanish. You can’t fool me; we’re babies running around in circles in the kingdom of God.

I roll the orb between my fingers waiting for the next signal but the jewel’s too bright. I can’t see anything but Jerry’s eyes. They’re the color of the pills I ate. It’s a full count, 3-2, which are numbers in the alphabet. He blinks which means: pitcher’s choice. I throw a curve and Padre swings but the ball’s in the bottom of a well a thousand miles deep in my brain. He didn’t see that coming.

Padre walks away knocking the bat against his cleats. When he looks into the dugout his brethren hang their heads. I got a no-no going but you don’t say “no-no” like you don’t step out of an elevator on the 13th floor.

The next batter is Jimi Hendrix. Jerry flashes two-two-one. That’s our sign for, shut the fuck up and just listen to this genius play the guitar.

What the fuck Jerry? This is baseball. I call him to the mound but he doesn’t hear me because he’s getting Jimi’s autograph. Wait, I should get Jimi’s autograph too. I look for a pen but all I’ve got is this baseball. It’s enormous. How am I supposed to throw this thing? I throw it and it hits the grass about ten feet in front of Jimi Hendrix and stops before it reaches home plate. Everybody looks at me like I’m on drugs. A drop of rain hits my eyeball and I realize I am on drugs. Jerry tosses me the ball and now it’s tiny as a raisin. I don’t even need to wind up; I flick it toward home plate like a marble and it hits Jimi Hendrix on the ankle. He walks to first base playing “Foxy Lady” on a Fender Stratocaster.

What inning is it? How many days did Jesus sit in the desert talking to snakes? My arm has blood in it because my arm’s a snake and snakes are full of blood. The batter’s full of blood too and the umpire is Richard Nixon. I’m afraid he’s going to judge me. All these people are here to judge me and I’m here to be perfect. I got a no-no goin’. I just ate more drugs or maybe I swallowed my gum.

Are you allowed to smoke cigarettes on the pitchers mound? I can’t remember. I look to see if I have any cigarettes and then remember I’m playing baseball. All these people are looking at me wondering why I keep touching my pants looking for cigarettes. You shouldn’t judge people unless you’re on drugs. I’m on drugs and I judge all of you and find you perfect. A no-hitter is when nobody gets to first base off a hit. Second base is feeling under a girl’s shirt when you’re in middle school.

I look around and realize the bases are loaded. I walked two of these people and hit Jimi Hendrix with a raisin. Jerry flashes three fingers. I hope my arm isn’t leaving teeth marks on the ball. I throw it. Padre thinks it’s right over the plate but we fooled him by hiding the ball inside another ball. Richard Nixon pumps his fist like he’s trying to start a lawn mower. Padre gets angry and throws his bat which is the opposite of religious.

My teammates say the inning’s over. I think I swallowed gum because the drugs aren’t stronger. They say only one more inning Dock and I say ‘till what? Mazeroski says, you know and I say, the no-no? and he goes, shhhhh! I keep my arm behind my back because I don’t want it to bite anybody.

In the dugout I put more gum in my mouth. A bat boy runs his fingers fascinated over the wood grain of a bat. Somebody cut down a tree to make that thing. Jerry sits next to me. His fingers are wrapped in shiny tape. He flexes them, unflexes them, flexes them again. What kind of pitch do you throw when your catcher’s fingers look like they just crawled out of the ocean?

The rain picks up. Minnows swim over second base chased by a force darker than baseball. The florescent lights cry out in agony. I’m worried about the ninth. My no-no’s a little boat. A baseball is white, stitched together with red yarn. It’s so heavy. What’s inside this thing?

I close my eyes. Keep talking people, but whatever you do don’t say “no-no.” I’m on a journey here.

Kevin Maloney is a fiction writer living in Portland, Oregon. His stories have appeared or are forthcoming in PANK, Monkeybicycle and the Lazy Fascist Review. Find more at kevinmaloney.net.