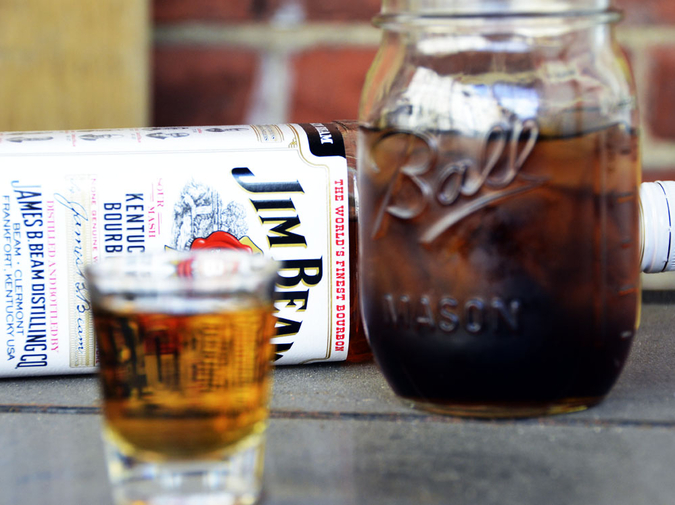 When I wrote that essay on Vouched, I didn't think much of it. It was simple catharis--one of those terror-moments when you read something that demands a response, that unhinges a deep and a dark in you that shakes your fingers to write, that requires a light of you so bright that there are no longer shadows. It was for me.

And then it was everywhere. And I knew I needed to call my dad. There were things in that essay I'd yet to tell him, that I'd needed to tell him for a good while.

It was a fair enough response from a fair enough man. Of course he saw the bruises, the way I kept to my books and to myself. When I'd come to him late at night with an unquiet mind, his slack-shouldered ten-year-old boy, he'd say, "It can be difficult getting to sleep in a new house, I know." And he'd pour me a Beam and Pepsi to help me sleep.

I know what the statistics say I should be.

Children who grow up in poverty tend to stay there, and though my dad did what he could from where he was, what child support he was forced to pay usually ended up my mom's and my step-father's noses. The house my dad made sure to pay off before he left my mother was lost to a second-mortgage after my step-father's business failed, and my mom finally kicked him out.

The statistics also say there's a likelihood that I abuse my wife. That I have a substance abuse problem, a greater likelihood of mental disorder or a chemical imbalance of some sort.

Sometimes I feel so far away from who I'm supposed to be.

We would stay up late some nights. Some nights, he'd mix me a second drink, it was always Beam & Pepsi, and we'd sit in the living room and he'd put my step-mother's old records on, "In a Gadda Da Vida" or Clapton's Cream or Led Zepplin's The Song Remains the Same, and he'd close his eyes and make like he was strumming a guitar or he'd look at me intently like there was something I needed to pay attention to, something like a moment that would pass and if I wasn't there fully present to notice it there'd never be another chance.

Of course Beam isn't a great whiskey. It's over oaked and under aged, and you can tell by the dullness and the snip at the sniff that it's not going to go down easy on its own. It's really only worth drinking when it's heavily dosed with a sugar of some kind--soda or a sour or something of the sort. If you take it straight, don't sip. You'll look like an asshole. Just shoot that fucker. 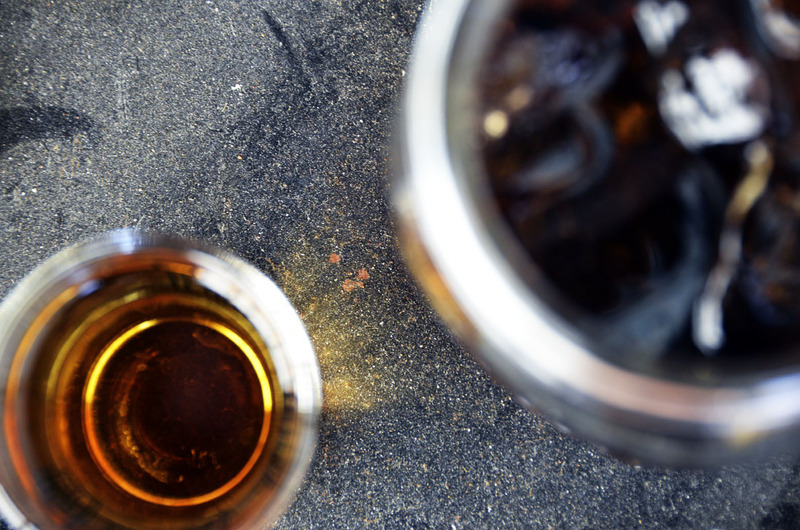 The night my step-father pretended to commit suicide in the living room while I and my step-brothers lay in bed and my mom from the master bedroom shouted ugly words at my step-father, and there were two gun shots, and quiet, all about the house there was quiet, until finally my step-father shouted ragged and ugly back at my mother to come and take the gun from him, to do it for him, and then to me, "that piece of shit son of yours, I bet he'd love to fucking do it, he'd do it, he may be a piece of shit, but he's not a pussy, Christopher, come in here and shoot me, shoot my face."

Often when I write stories that are purely fictional, I feel more honest than when I'm writing the stories I lived through.

I still remember how he'd pour, like a ritual, like he does still when he mixes himself a Beam & Pepsi at the end of the day.

Whiskey first into the glass, neat. He'd tilt the glass to his eyes, squint into it, measure the shot by the geometry of the glass. Then the Pepsi, tilting the glass to prevent a head, until it leveled an inch or so shy of the rim. Then, three ice cubes, how they'd crack when they hit the warm soda. Take a sip, taste the sweetness and the syrup and the dull tug of the bourbon on the tongue, and then the final ice cube. Sip. Make them last, those moments with my dad.