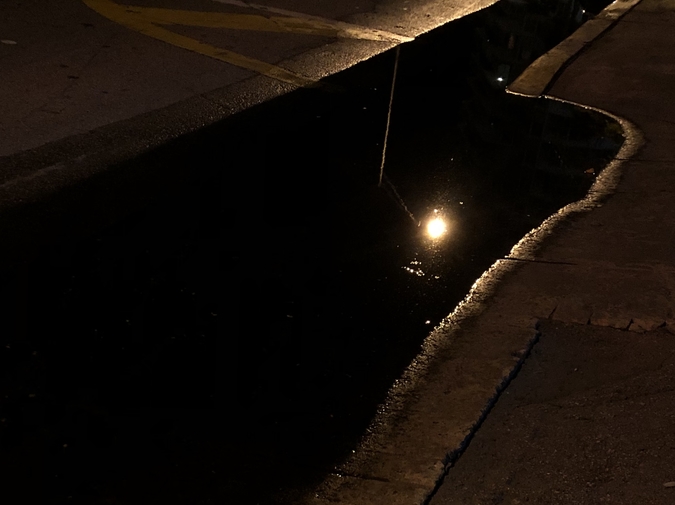 You need to know
the world used to be softer.
This new color sharpens & blinds.

When it arrived,
people crashed their cars,
stumbled hands over retinas & then
over ledges, guardrails.

Those who survived were the ones
who reached for sunglasses on instinct,
assuming the sun’s strange light despite

being early January, eight p.m,
& winter is the absence of color & light,
is blankness, is universal achromatopsia.

False assumptions nearly never save lives
& yet
& yet

the new color isn’t
a variation on anything we know,
doesn’t reflect or absorb.
It has its own shade, gradient.
It reinvents the wheel.

A group of us are going out there—
we’ll locate it, wild;
we’ll hold it in our hands.

Caitlin Barasch is a recent graduate of NYU’s MFA program in fiction. This is her first published poem. Her fiction & nonfiction have appeared in Catapult, Amazon’s Day One, Hobart, Word Riot, Atlas and Alice, ellipsis…literature & art, Jellyfish Review, Pinball, The Knicknackery, and Grasslimb.