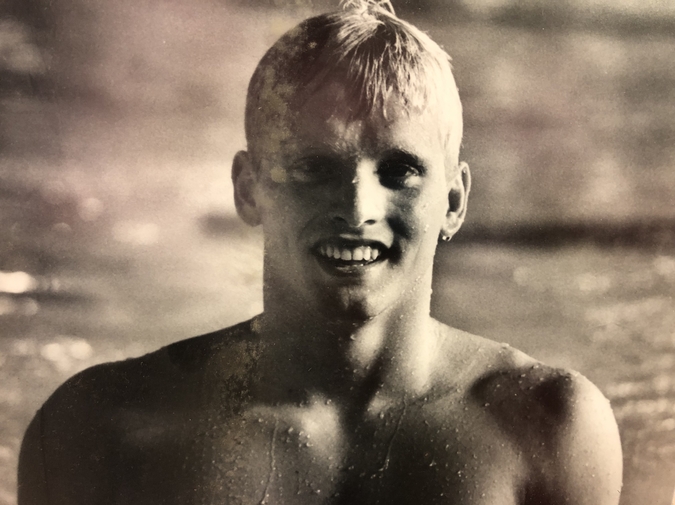 Goes without saying that I could tell him none of that. I offered a head shake, an ambiguous shrug – body movements attempting to make a small thing of a big deal.

So you never see Pirates before? he said. Even Nurses?

And why had I not? There are no easy answers. I’m allowed, now, experienced in my youth, to surmise and install as truth, say, Oh, I liked what I liked, (like what I like), and was unaware of its existence. This was … when? — had I known there was a name for it? My Nokia phone could browse the internet, sure, but what would I have searched, what keywords would I have thumbed in? I’ve always been lazy with my desires, been easy to please; Sisqo’s energetic thrusts were enough.

Anyway, out of the pockets of his green pants came my seatmate’s Sony Ericsson phone. Blue, its top half round. He held the phone beneath the desk, away from the view of everyone else. I felt the weight of the moment. The t9 keyboard needed fewer clicks than I thought. My thighs hummed sweetly

The couple on the screen was white. Not that that mattered any. Their parts were pink, the man’s aggressively so. It looked like it could burst. The girl’s resembled a tear in the flesh—I could do without it.

Beneath my seatmate’s arm, inside his pants grew a stiffening. Inside mine, too. It burned softly, quietly. I looked down and stared. I felt its heat. You would have believed on the screen was where my attention stayed. He certainly thought so.

Later that night, when the buzzing began, it wasn’t the pink turgidness I recalled. Flitting behind my eyes was my seatmate’s growing stiffening, and I tugged and tugged, tugged until I felt a relief, that tenderness.

Adeniyi Ademoroti is a writer living in Lagos. His work has appeared in Brittlepaper and Per Contra. You can find him on Twitter @nmoroti, where he talks about food, music, and hating Lagos.