Mr. Basal and the Buntings 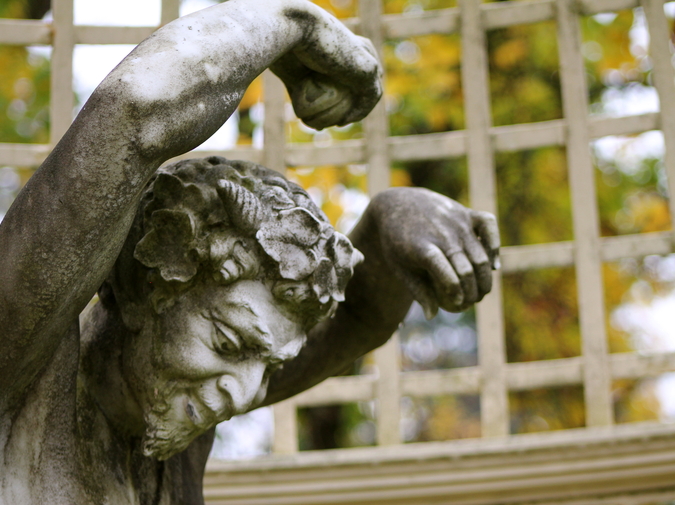 “Hello ma’am. I presume you are the lady of the house. Please allow me to introduce myself. I am Mr. Basal and I believe that I have something you’ve lost – something you’d like to get back,” he says with the typical salesman’s false valiance and veneered grin.

“Whatever you’ve got, I’m not interested,” Lorelei retorts. She moves to close her door on the man that she presumes to be a cutlery huckster or Jehovah’s Witness, with his predictable Sunday suit and false confidence. A man that secure in himself could only peddling housewives’ weapons or Deliverance.

A black-toed Oxford with the slickness of an eel pitches itself as a doorstop. “Ma’am… this I think you’ll want.” From his briefcase he pulls a small hand-bound catalogue with the words Fall Lookbook scrawled in gold script across the dark leather cover. Lorelei looks curiously at the little book, but keeps Mr. Basal’s captive foot jammed in the doorframe.

“This is only a modest sampling of my available selection, I assure you, but from what I can tell by the look of you, my instinct is page 27. It will suit your tastes quite nicely.” The man turns the book toward Lorelei and opens to a section marked by a velvet strap.

On the page is a single black and white photograph of a tall blonde man and two neatly presented children. The man is dressed much like the one standing before Lorelei, in his tailored suit, silk tie, and a pair of buffed black Oxfords. His monogrammed cufflinks boast his love of the luxe, shining just enough to be noticed above the hands resting on one of each of his children’s shoulders. The son and daughter are terrible little mirrors that mock one another and their father in a twisted Trinity of genetic bondage. The two are a ghostlike Gemini, perched in iron chairs carved with filigree patterns, and both clothed in white linen with matching sun-bleached curls cropped close to their heads. To Lorelei, they look like two cupids stripped of their wings and sworn to a vow of placidity.

“I’m afraid I don’t understand,” Lorelei says, but the photo has tapped into some innate sense of alarm, and she unwittingly loses hold of the door, allowing it to creep open as she looks at the image laid out before her.

“You had a matched set just like this, didn’t you, Mrs. Boucher?”

Her agitation is apparent. “The only matched sets I have are China patterns and encyclopedias. I am not sure what game you are playing here, but I am in no mood for it.”

“Would that mood be the result of your recent status as a widow?” Mr. Basal asks, as he watches Lorelei’s composure break, like a hard-boiled egg tapped until its cracks slowly spread and split the surface into a mosaic of fragments.

“Who sent you here? Why are you doing this to me?” she demands.

“Calm down, Mrs. Boucher. A man in my line of business reads obituaries as though they are want ads. I offer a special service to individuals like yourself, those who might want to begin a fresh life without having to start from scratch. You see, I am some form of a matchmaker, child caregiver, and therapist all in one package, but my dealings are much simpler and more affordable than any of those on their own, let alone combined.”

“What exactly is your job title, then?”

“I am a Familialist. I forge families for those incapable of doing it themselves. I am not simply here to provide husbands and wives for the lonely; I am here to offer individuals the opportunity to jumpstart their lives without having to work so hard for it. Dating, marriage, childbearing… the whole bit can take years if you go it alone, but if you allow me to take care of you, it can all be yours by tomorrow afternoon.”

“This is a disgusting joke,” Lorelei spits. “Who put you up to it?”

“I know this must come as a shock. I don’t advertise my services, you see. I only offer my work to those in need of it… those who I believe will accept my help. I’ve done my research, Mrs. Boucher, and I am quite certain that though it was ruled an accident, the death of your husband and children was far from a carbon monoxide slip that the toxicity alarm just happened to miss while you were traveling on business. Mr. Boucher was not a happy man, and…”

“There’s no need to finish. I know who my husband was.”

“Yes, but do you know who you are?” Mr. Basal asks with a smile that is almost clown-like in its attempt to feign sincerity.

“Never mind that. So, what? You are here to give me a set of replacements?”

“Not give, dear Mrs. Boucher, sell. After all, how can a man live if he simply gives away all of his wiles and wares?”

“And the family in the photo…”

“Yes, number twenty-seven. The Buntings. They are a perfect fit, the closest you will find in manner and appearance to your original set.”

Lorelei bites her lip to stop herself from asking, but fails to succeed as she slips and inquires “How much?”

“Enough. And if you buy before I leave today, you will receive a complimentary pet of choice simply for your patience and your promised loyalty as a client. I will also take care of all legal documents. Everything will be legitimate, or at least appear as such on paper. You will be able to call yourself Mrs. Lorelei Bunting before the week is out.”

“We can discuss that. Now let me in, dear Mrs. Boucher. This is the last time anyone will call you by that name and we must celebrate if we are to help you properly begin where your former self ends.”

JJ Lynne is a poet, pug mum, and potential palmist. Her writing and artwork have recently appeared in Treehouse Magazine and PANK and she is the new co-editor of poetry for Paper Nautilus.