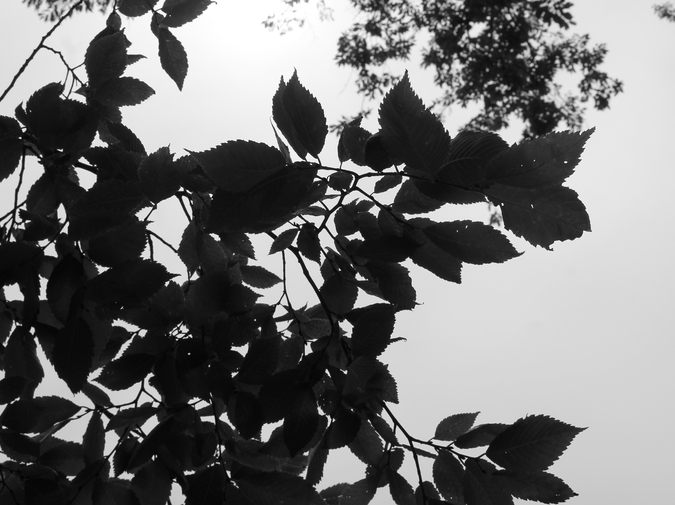 The boy has horrible teeth and a bicycle. They’re yellow, his teeth, and after school the children take a tree branch to his mouth.

His bicycle painted in bird shit: he rides for hours and days until city turns to field. He rides until rain surrounds him like clouds unspooled, like thousands of grade school spines.

Before the storm he sleeps beneath trees. After, there are no trees and the boy sleeps where he can. Even the kindest, after some weeks of living in their pantry, will imagine the soft noise of his stomach opening. They will imagine him scattered among debris: a feast for the rats and their tails.

His teeth? He has no teeth, he has a mouth of cardinal feathers and a radio strapped to his bicycle. He peddles until the sky falls in bits and pieces and then: careful rot.

Each minute hums and each day bends forward to the next. He is barefoot and lusts for beehives, for honey, for a last pinch of chewing tobacco.

He prays at the altar of teenage wet dreams. Today’s sermon is the rattle inside his palm. Forgive this bathroom communion. Father, his offering: hairless legs, bones in a neat pile.

A girl’s underwear strung around his neck. She does not think or say noose. She thinks only holy, says only birdbath.

Soon the edge of their field and beyond – clouds and clouds and everywhere livestock thigh.

After the storm they build a city from each other’s bodies. Her thighs a park, his neck a courtroom. Her fingers a shelter, his: the homeless in their threadbare glory.

The boy and girl much prefer their city to what is left of the world. Water and debris stretch far in all directions: a chimney, stockings, one man’s collapsed lungs, boulders covered in a thin layer of skin.

They wish they could ride for miles on horseback but all the horses are piled in a mountain of blood and rot.

The boy and girl wish they could find a house where they will sit and eat dinner. Instead they build a fire and pray to the feral saints of their city.

The feral saints decree the girl mayor. Her vision: a city of wild honeysuckle. The citizens are unanimous in their support and throw the girl an inaugural parade: confetti, root beer floats, a large animal skull. There are no horses so thousands of mice scurry beneath her feet and the boy’s feet. The mice carry them along avenues. They hold hands, boast fat smiles and wave to everyone.

My political affiliation, the girl says, is to the mundane – a wicker chair, a citizen’s blooming stomach, a warm glass of milk for everyone.

There is vomit inside the girl’s throat, a heap of sparks and prayer. She promises her citizens joy and pigeon feathers.

What will be done, the citizens ask, about the mountain of rotted horse bodies? We are a great city, the first since the storm and our children cannot go to school for there is always a horse in their way. A dead beast with legs bent at terrible angles, they say.

The girl consults the boy, now the city’s beloved butcher. He agrees something must be done about this mass of flesh. It is, he says, a waste of good meat.

–
The horse bodies are cleared and the citizens rejoice. Now our city holds a box-cutter to the awful throat of God, they say.

In the back of the girl’s mouth is a hole. Inside: a child on its knees, breaking each finger and chanting.

She is overcome with worship and feels electric drone through her body. She feels as if her organs have been sculpted from a great mass of clay.

During these times the girl declares a citywide honeymoon. O, she thinks, my throat is no different from a birds but for the silent yellow that coats each artery as I sing.

During these times she goes to church and lights many candles. The homeless watch with admiration.

David Greenspan is really glad you read this. It blows his mind, on a daily basis, that people are interested in the strange little words that spill from his head. Email him at dgreenspan88@gmail.com to say hi.