Midsummer in the Spirit Realm 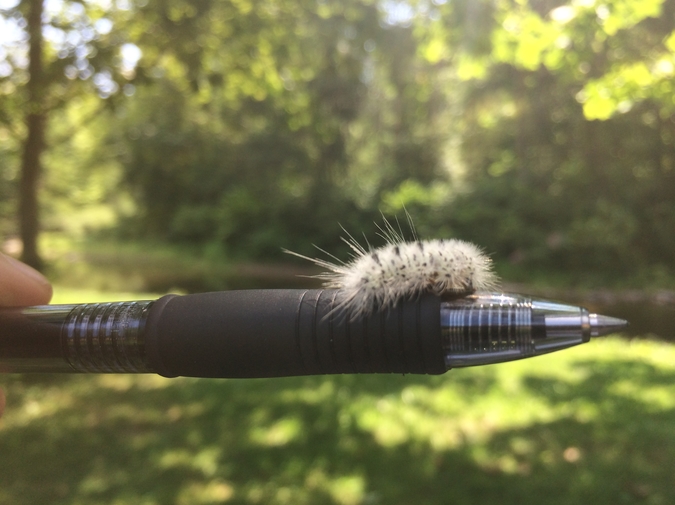 We go out on Friday and stay at my parents’ house in Lenox. It’s their real house, the one I grew up in, not some second home—413 since the Seventies. We know the woodland trails and the haunted mansions and the names of the librarians and the tow truck drivers and the merchants and their children. In high school, I used to eat lunch at the snack shop uptown, down the block from the bookstore and the video rental, back before the snack shop became a sushi restaurant and then a tapas restaurant and the video rental became a home décor place.

Friday night, my parents watch our kids while Jen and I go to a concert at Tanglewood, where I used to work as a parking lot attendant in adolescent summers. We sit in the Shed because we’re adults now and not drinking blackberry schnapps from water bottles in the hedge maze anymore. They gave the parking lot attendants orange safety vests back in the day and my friend Dotch kept his for years after we graduated, used it to glide past security at an Aerosmith concert once. I wonder if that would still work. Probably not. The kids are asleep when we get back so we hide in the guest bedroom.

On Saturday, Jen takes my mom and Eliza to the outlets. Leo and I get bored after an hour so we find the key to my mom’s Prius and drive it down to Great Barrington to hike Monument Mountain. My dad has tennis in Stockbridge at three and tells us to find him at the Back of the Bank after.

When I turned nine, I had a slumber party and we were so loud in the morning that my dad drove the eight of us—Jody, Matt, Weaver, Dave Gutierrez, some others long forgotten—to Monument to hike because he was afraid we’d wake the neighborhood otherwise. Leo’s nine now but I don’t realize it until we’re parked at the trailhead with a bunch of other cars. It’s a quick hike, age appropriate, short but steep. Leo doesn’t love hiking so we distract each other by talking about scary movies. He’s watched the trailer for the Stephen King movie It with his cousins. Gave him nightmares for two weeks. He wants to understand why. We talk about the ways both horror and comedy rely on misdirection, that’s why the clown is scary, because a clown isn’t supposed to be scary so your mind isn’t ready when it is, how whenever there’s a quiet throwaway scene, or a mirror, or a closing door, you should watch out for the jump scare.

He nods, reassured but now perpetually on guard.

We reach the summit, sweaty and out of breath. You can see all the way into Alford—I suppose it’s Alford, maybe it’s Richmond. Both, probably. We eat apples and Kids Clif Bars, share a bottle of water. I point to the Devil’s Pulpit and Squaw Peak, from which legend has it a broken-hearted bride jumped long ago. I don’t tell Leo that part. The green hills roll out like a sea.

By now, we’re running late so we hustle back down the mountain. Leo composes the first draft of a horror story on the descent, a story about a malevolent forest that squishes kids’ heads if they get out of line. His working title is “The Trees.” Or maybe “The Forest.” A loyal dog gets impaled by a branch. Leo’s a little concerned about that detail because being transgressive doesn’t come naturally to him. Is it okay if a dog gets impaled? I mean, it’s not real, he says. The dog would actually be fine. I shrug. It’s just make-believe, I say. It would be really scary, which is what you want in a horror story. Okay, he says. It wouldn’t be real.

We come out of the trailhead and into the parking lot. I hit the unlock on my mom’s key fob, hear the beep, get in, buckle up. I go to insert the key but there’s nowhere to insert it. You know how you never really look when you insert the key? It just goes in? This time it doesn’t. It’s just bumping against the steering column. So I look over at where the ignition slot is supposed to be and it’s not there. Then I see a push-start button on the dash.

But then why do I have a key?

Then I see a pair of sneakers on the floor. My mom hasn’t worn sneakers since the 80s. Then I see an unfamiliar badge hanging on the rearview mirror and a cardboard box in the back seat.

But didn’t we unlock this car? Is this, like, a universal fob? Can I unlock any car I want?

We sit still for a minute, trying to understand.

We do and it turns out we were sitting in a Honda. I close the door and stand there for a second. I feel like I should do something. Leave a note? What would it say?

Better to just let it be. No harm no foul. Re-lock the car, though, for sure. I push the key fob. Nothing happens to the Honda but I hear a beep from the other side of a nearby van. Turns out that’s where my mom’s car is.

Leo and I chuckle about the wrong-car thing as we drive back to Stockbridge. He ascribes it to a sort of mental distraction brought on by the rigors of composing “The Trees.” Maybe he’s right. Felt weird, that’s for sure. Felt, for a minute, like some façade had slipped, like a glitch in the matrix. Is this in fact the car we came in? Are we who we think we are?

I make a mental note to tell my dad the story about sitting in the wrong car and the feeling it provoked—he’s a psychologist, he’ll like it—but then we get to the Red Lion, where I also used to work, during college summers as opposed to high school ones, and Main Street is full of tourists so we have to park in the secret lot at the back where the employees park and nobody checks and by the time we find my dad, sitting at a patio table with his tennis pals Hurls and Patty and Bob Plante, the whole thing has slipped my mind. My dad gets Leo a Shirley Temple and Hurls, who was my Humanities teacher back in high school and has never met a yarn he couldn’t embroider, tells a story about cooking a rack of lamb for a four-person Easter dinner and having sixteen people show up. Somehow he fed them all. An Easter miracle. Maybe it was the Lamb of God? Something like that. He’s still workshopping it.

When it comes time to leave, we walk back out to Red Lion’s secret lot. Jen’s probably home from the outlets by now, it’s been hours, she’ll be wondering where we are but I can’t call her because there’s no wireless service in Stockbridge. My aunt and uncle are driving out from the Cape for the night with a big tin of stuffed quahogs, which are giant clams that they hunt out there. None of us actually like stuffed quahogs—I don’t even think my aunt or uncle do—but they bring them every time. Wow, look at this thing, we’ll say. What a beauty. How should I fork it so it will look eaten?

My dad offers to drive Leo back in his Miata, a car he’s owned since around 1991. It was red when he was in his forties but now it’s forest green. The grandkids like it because it’s a convertible and the headlights flip up like frog eyes. I say sure because driving home in the convertible will be something special for Leo and Jen isn’t here to say no. They get in and Leo waves as they drive off. See you in ten minutes, I say.

The parking lot’s quiet and I get into my mom’s car and sit there for a second, remembering the soft ends of work-nights with the cooks, sitting on the loading dock after bartending, the smell of hamburgers and stale beer, the spooky relentlessness of our associations, my whole life a star collapsing upon itself. Then I think shoot I forgot to tell my dad that story about the matrix glitch in the lot at Monument Mountain. Such a peculiar feeling. And while I’m remembering that, I go to insert my mom’s key into the slot and it won’t go in and I look around and realize that again I’m sitting in someone else’s car.

Dave Fromm is the author of a sports memoir called Expatriate Games and a novel called The Duration. He lives in western Massachusetts with his wife and kids.