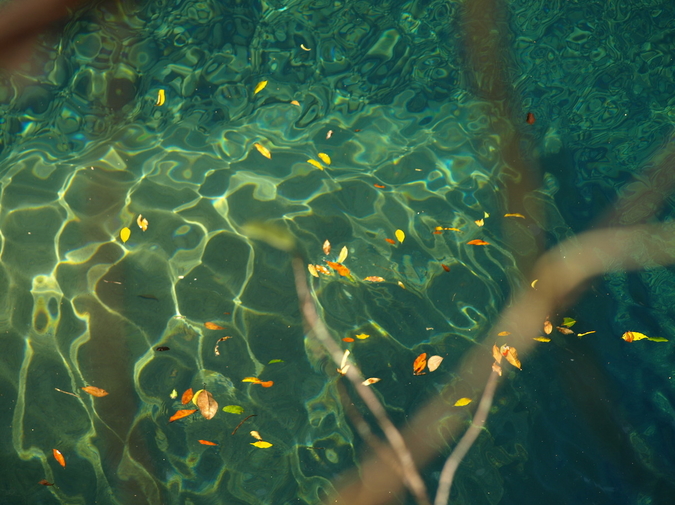 Washington’s porcelain skyline is a sputtering lamp. Inside, he’s trying to calm her, after they decided we should put on clothes. “I thought you understood what this was,” I want to say to her. Instead I crawl out the window in my tights.

Not this grotesque puppetry of limbs and tongues, my beastly weight on this young woman who says, “I have no feelings. I’m post-Nietzschean.” The Canon’s red eye blinks, even though the action has stopped.

Or more accurately, I reenter the way I crawled out. “We thought you were making a phone call,” he says.  She asks him to get a towel, and together they rub me down like fresh chicken.

She opts for the couch and in the morning, I’m staring into a mirror pressed against the bed. She’s wearing the headband over perfect fringe bangs. So this is a hiccup in the narration, a part we can edit out and then hold up the sheets in the morning and say, “What a wild night.”

I’m hoarse and feverish. We sing in the streets, “Feelin’ good was good enough for me, hee hee,” but then the breakfast booth only has two seats. I drag a tall stool to the end of the table and perch in my miserable black dress. My bagel comes late and I get it to go. He walks me to the metro. His arm pulls me in on oiled gears and I kiss him, saying, “I always have a good time with you.”

Juliana Converse is originally from the Washington, D.C. area but calls Baltimore home. Her fiction has appeared in BlazeVOX, What Weekly, The Light Ekphrastic and been displayed on the Station North billboard. She is currently pursuing an MFA in Creative Writing through New York University's Paris residency program.