Letter To My Sixth-Grade Self As He Constructs A Bomb 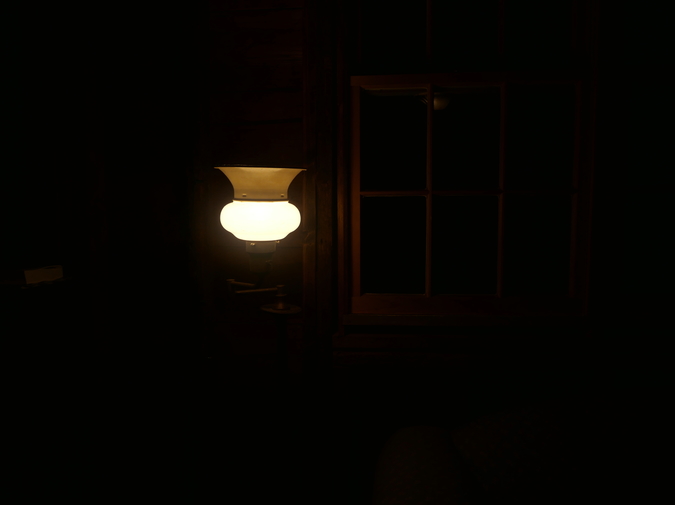 Chemistry, unlike school, is not a set of rules that you can just break in the name of good fun.

The fact that you’re making this bomb in a container much thinner (and larger) than the first, in a clearing unshaded by the ash trees behind which your friends now huddle, in full view of August sunlight, means that it’s about to explode long, long before you think.

I’m not here to talk you out of it.

In fact, even if I could reverse my reach through the years spanning us and stop you, I don’t think I would.

This is mostly just to keep you company.

Because I know when that thing goes off, and suddenly you’re left adrift inside a thick sphere of venomous smoke—that’ll be the greatest loneliness you’ve ever known.

So far, you’ve lived your life by the inverted prophecy that “If it makes a good story later, then it was a good idea at the time.”

You love the bootstrap nature of this, how it contorts to validate itself, much like you.

And it gives you a great rudder by which to steer your sense of adventure.

But you don’t realize what a narrow idea of “good story” it requires.

As in: fun to recount at the lunch table.

“Adventure” is an expansive notion, I concede that.

But ideas are like spaces; vastness is, among other things, a product of emptiness.

And you act in search of the “edges of experience,” but here’s what you seem to mean; as far as you can tell, “experience” has no discernable edge.

Which must mean you don’t either.

So you think you’ll sail right over whatever darkness, because darkness can be whatever you want it to be.

Darkness, for you: nothing but a soapbox, on which to declare your principles.

I’m not judging you. Or, I’m trying hard not to.

It’s just that you’re about a thirty seconds away from a lot of pain, pain that will alter you.

And this first of our bombs will not be the last, not by a long shot.

And what you don’t know is that the “edge” is very real, discernible almost exclusively in retrospect.

And it’s always going to be your job to try and swim back, into a liveable life.

Even when it’s someone else’s bomb that pushes you out.

Our problem: in some ways, this bomb, and others, will give you what you want.

Later, at the lunch table, when you’re retelling the story of the bomb to the friends who were there, they will see you as brave, as a wild man, in search of something larger than any of you.

But what they don’t know is this: that blast, that dark cloud that’s about to swallow you, will make your mind crumple and body go blank.

You will give up before you decide.

As in, you will fall down, and you will lie there, stunned, breathing the fumes that would kill you, dying, suddenly content with dying.

Which might have happened, if not for your bravest friend, who pulled his t-shirt up over his nose and ran in to find you.

One possible read of the situation is that your friend, by dragging you out, is acting in resistance to all seventy-eight pounds of your helplessness.

Do you see? That each idea has a weight and size somewhat independent of you?

That you’re not actually alone in carrying them?

That none of us are free if we abide only by our own principles?

That even now, while you assemble this bomb before your friends watching from a safe distance, you are nothing without an audience? That I am too as I assemble this letter, which I know is a bomb for you and for myself and for a reader, for a public that I don’t even know?

That you will forever be, without other people, helpless?

That maybe your belief that you are somehow special or even meaningful is actually just a prop that allows you to keep serving your own selfish desires?

That maybe this is all exceptionalism ever is—not a thing in itself, but a means?

Point being: Ideas aren’t just objects, or even buildings. They are ways to move. They are landscapes. They shift and change with time. They form a topography. They take years to traverse.

Your past, right now as small as the lot in which you play handball, is already starting to expand behind you: buildings abandoned as they are made, vines and saplings pushing up through the foundations, tectonic plates beginning to shift.

By the time you really do want to turn around and go back in there, for anything, a wild, unclaimed country will have risen up—and you will in fact need a compass and a machete of your own fashioning, made of values and questions and best guesses.

I know you don’t know me yet. You have no reason to trust me.

But in the coming years, as you begin to hear the sound of my voice, I know you will try to follow it.

Because I’m the one who’s here now.

And I’m coming back for you, you magnificent little bitch, now and forever.

I wanted to end it there.

I thought it sounded beautiful, sort of hopeful, no less proud.

But I can’t ignore the fact that I’m writing you a letter when obviously you’re not the one who needs guidance.

You, little man, you survived the bomb and everything else, without me. You made me, not the other way around.

I’m only just arriving, a rubbernecker to your destruction, and already I’m lecturing.

You don’t need a sermon. And it’s not fair for me to pretend I can give you one.

In some ways, you’ve been lying in that cloud of smoke for the last twenty years.

In some ways, you’re older than I am.

And what would it mean to “come back for you” anyway?

Can I really, through writing?

Aren’t I just posturing as an adventurer yet again? All that “compass and machete” shit?

Why is a slightly condescending letter to you the best thing I can manage?

Why is it so delicious to call you a “magnificent little bitch?”

Why do I do this? Why do I feel like I’ve traveled hundreds of miles just to arrive at an all-nite buffet of my own horseshit?

Why can’t I stop eating?

Why can’t I tell if I’m knelt before another bomb? Why do I want to be?

Why am I asking you?

Why do I think you can hear me?

Why do I feel like we adults are all horses, whipped by our childhood selves seated in the chariot?

Is it you who led us here?

Is this a bit in my mouth?

Am I doing right by you? Can you let up for just a second?

Would you love me, if we met? Do you really think we can make it all the way to happiness like this?

That is where we’re heading: right?

Can you tell me who you are? What you want?

Can you tell me if I’m knelt before another bomb?

Do you think this letter counts?

Can you please just let it count?

Neil Richard Grayson was raised in the woods of upstate New York. Currently, he teaches in the city of Rochester while working on his first book of short stories, which he began as a university fellow at Ohio State. He can be found online at neilrichardgrayson.com.