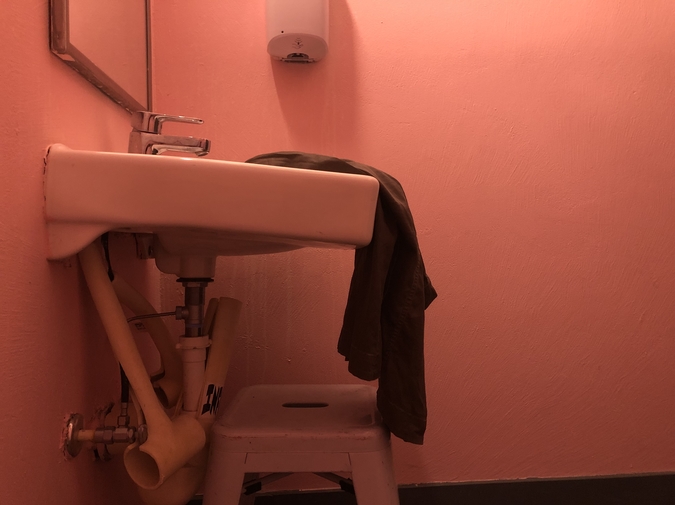 Everyone—Eliza’s mother, her sister, her friends Nancy and Kenya and Dwight, Phil’s family—all thinks it is just another wave of grief that has hit Eliza three weeks later. In various combinations they discuss the new rounds of uncontrollable sobbing and come to the conclusion that these are aftershocks. The funeral is over, Eliza is back at work, and she has eaten dinner at home three times now, once alone, even. Life is getting back to life, and the going theory is that the returning feeling of normalcy has provoked another spasm of loss. This explanation makes perfect sense, but it is wrong.

Eliza has shared virtually everything about the fatal afternoon with each of them, describing the almost clinical efficiency with which events had transpired. There had been no unknowns, no unexplained lapses of communication provoking worry, just unmistakable tragedy. Eliza was Phil’s ICE in his cellphone, which had gone flying out of his hand when he was hit by the car. (He had been texting and walking, though, of course, this didn’t excuse a hit and run.) A good Samaritan had been there, several actually, so as one attended to Phil, another called the ambulance, and a third called Eliza telling her, “Miss, get here soon,” while Phil was still freshly on the ground.

Eliza has only flashes of the next few minutes. She remembers a quick “gotta go” to her office mate, as well as the decision to speedwalk home, knowing the 12-minute trip would be quicker by foot than the Lyft she couldn’t imagine waiting for anyway. She remembers turning the corner onto their street, hearing the silence, and noticing the lack of commotion. She saw leftovers from the rescue attempt strewn on the sidewalk: gauze, wrappers from stick-on electrodes, an unused role of medical tape—all products made by 3M, a fact Eliza knows because she does the ordering at the clinic.

She doesn’t remember identifying herself to the cop or the EMTs, but does remember there was some deliberating before they let her see Phil—the body, they called him—and let her touch his hand. Her memory becomes continuous again once the ambulance doors closed him in. The EMTs wouldn’t let her ride along (liability, they said), and the cop started to argue the point. The ambulance guys held their ground, and the cop told Eliza, loud enough so they'd hear, that he’d drive her to the hospital in his police car. The cop was looking directly at her, comfortingly, while he was saying this—he was good at his job—but when he was done she caught the glare he threw sideways at the EMTs.

As the ambulance started to pull away, he put his heavy cop hand on her shoulder and told her to go up and throw her stuff in her apartment and change into comfortable clothes because it was all going to take a while. He’d wait right there, he said. It only occurred to her later to wonder how the cop knew where she lived. Her theory was that he had looked in Phil’s wallet for identification and realized they were standing at his address, that Phil had died in front of his own building.

Those were the details everyone knew, but there was more.

Eliza ran upstairs to get her things, and when she got in her bedroom she saw the mussed-up duvet, which was odd because she had made the bed before she left for work. She also noticed a single sock on top of one of the pillows. Eliza wrinkled her brow, thinking, just like Phil did every morning when he stared at the seven scrambled letters of the newspaper’s word game.  Usually, he’d say the answer within the first ten seconds. If not, his brain would work on it unconsciously (this he proudly told Eliza) and at some random point during the day, the letters would arrange themselves correctly. Phil would shout the answer—ABSOLVE!  PRICKLE!  REBOUND!—when it came, no matter what he was doing. More than one time this was during sex. Eliza had never gotten used to it, and now she never would.

Eliza’s mind kept working and she remembered her seventh-grade health class, the final time the boys were separated from the girls for the sex talk. Mrs. Arnold had shared many things, but the one detail that elicited the dangerously excited oooohs, especially from the girls who were already giving hand jobs, was that sperm could live outside the body. Eliza wasn’t sure about the details, didn’t know if she could trust Mrs. Arnold anyway, but she thought she remembered hearing that as long semen wasn’t dry, the sperm were still alive. Eliza had her second epiphany. She scooped the fluid from the sock and put her fingers inside herself and then did it again and again until she couldn’t get any more out. She washed her hands, quickly changed into sweats, and went down to the waiting policeman and all that would follow.

It was a spot of blood she saw in the toilet three weeks later that brought the new grief. It wasn’t a wave, it was a sea-level rise, a washing away of coastline, a destroying of homes, a permanent alteration of the landscape. It was the new normal everyone discusses but doesn’t yet understand: the world forever different.

Eliza feels oddly protective and unwilling to share her newly extinguished hope. She names it only with sobs, holding tightly to the last thing belonging to her and Phil alone.

Jeremy Glazer is a writer and educator. His fiction has appeared in Tablet, Bellevue Literary Review, Tahoma Literary Review, Flash Fiction Magazine and on the public radio program WLRN Under the Sun. He lives in Philadelphia and teaches at Rowan University. He’s working on a collection of short stories about schools. He can be reached at jeremyglazer (at) gmail (dot) com.