Laine Throws Up A Dead Person 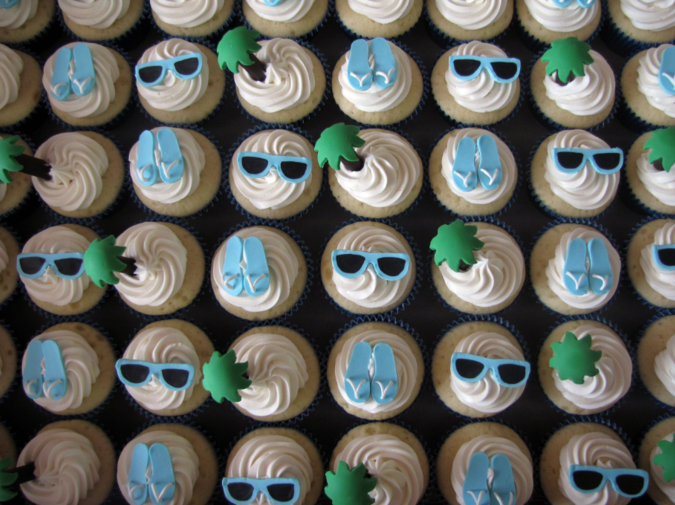 Picture a baby shower, featuring: a dozen women in pastel linens with cubed desserts placed squarely in their laps. Plum scented air. There is cooing and awing — at the tiny boot slippers, the blankets, and the jumpsuits their pregnant friend unwraps. Laine’s there, too, also cooing in a polyester version of pastel, cradling a lemon square, and hating her life. Pregnant friend unwraps boot slippers, blankets, jumpsuits, all tiny, rubbing her life-bloated belly, speaking to it in a high-pitched squeak, saying, “You’re going to like these, aren’t you?”

Life-bloated friend unwraps elephant speckled wrapping paper, a tiny jumpsuit beneath — but then Laine is hit with a searing heat that knocks her off her chair. The cooing comes to a pause. Heat-seared Laine on the hardwood floor, her belly squeezing and contracting under her dress, her left leg shooting up to her shoulder, revealing beige underwear and stray spiders of pubic hair. The baby jumpsuit crumpled and held aloft by pregnant friend’s stunned hand.

Laine is preparing words to ease the room — “Love what you’ve done here with your floors, is that mahog—” — but her eyes are squishing into her forehead, her mouth is expanding at an alarming rate, taking her nose, her chin — in fact, the face is now all mouth. All mouth. Her insides tearing and her body heaving and a pain so sharp it rips her right out of herself. Women reflexively covering their squared desserts, women in linen, with their stares and their faces twisted in disgust and pregnant friend fisting elephant-speckled wrapping paper. Laine trying to scream but something making its way up her throat. A sound like bubbling stew. Laine on her back, legs loosening, legs hardening, rolling to her stomach, rolling to her side, and a long tube of — what, beef stroganoff? mangled muscle? — worming out of her mouth-face.

Laine sucking in a breath of plum-spiked air. Her mouth shrinking; the eyes, unsquishing. A stretched-out smile hanging off her face. Laine reacquaints herself with her own body, not noticing the linen women and their stares, not noticing the barfed-up tube fattening up beside her, growing stubs and breasts; stretching into arms, legs, fingers, toes, a head of grey curls. A woman unfolding. A woman naked and wet from Laine’s juices, trying to stand, reaching for the nearby support of a couch arm to lift herself up as a linen woman skitters over to the other side of the room, fierce grip on her marshmallow fudge square. But the barfed-up woman slips, is on the floor again. She’s too slippery to stand. Linen women pull their knees to their chests. A scream from pregnant friend, a scream with the following words inside it: “Aunt Dotty?!”

“Aunt Dotty” being pregnant friend’s great aunt Dorothy, who practically raised pregnant friend when her own parents got caught up in the Amway pyramid and spent most of their time at Amway conferences and Amway meet-ups with their Amway friends. The endless sell of the Amway loop. Aunt Dotty wore cascading dresses and chandelier earrings and played piano for the Boston Symphony Orchestra with the speed and grace of Rachmaninoff. She encouraged pregnant friend to try watercolors, but pregnant friend didn’t like the mess. Aunt Dotty retired to Berlin and lived barefoot and beautiful in a Kreuzburg cooperative before succumbing to stomach cancer at the age of ninety-two. Aunt Dotty was now naked and wiggly on the hardwood.

Pregnant friend now near hyperventilation. Women in linen with dessert-smeared breasts now petting near-convulsive pregnant friend. Aunt Dotty sliding on the hardwood like a greased toddler, crawling her way to pregnant friend, reaching a slippery hand to the life-bloated belly. Pregnant friend yelping, kicking in the direction of her beloved aunt’s face. Laine realizing that she had forgotten to bring a gift to the shower.

Kate Gies is a writer and educator living in Toronto. She teaches creative nonfiction and expressive arts at George Brown College. Her fiction, non-fiction, and poetry have been published in The Humber Literary Review, Word Riot, The Town Crier, The Conium Review, the Canadian flash prose anthology Release Any Words Stuck Inside of You, and others. More of her work can be found at kategies.com.