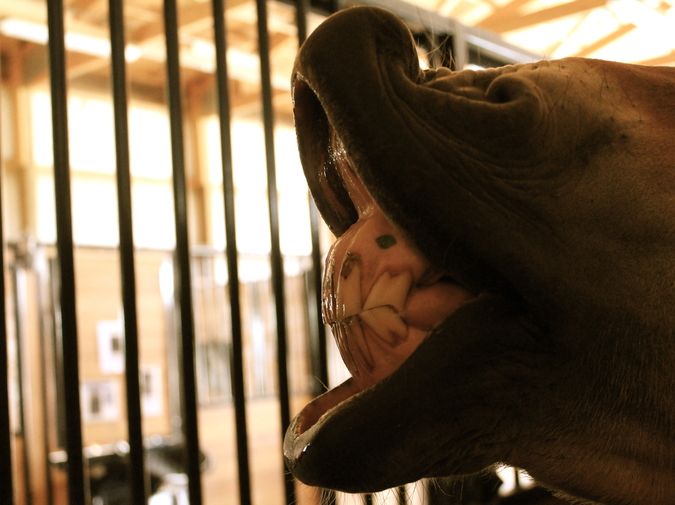 I’m just gonna say it. Invisalign is bullshit. First of all, it’s not invisible. It’s plastic, which gleams in the light, and turns like a golden yellow after a week or so, even if you never eat or drink with the trays in, and you brush them with cold water and a toothbrush, and soak them with mouthwash. I learned this after the elderly crossing guard at my child’s school said to me, “Mmm, I want some,” and I thought he was coming onto me, but then he clarified: “looks like you been enjoyin a popsicle,” and I was so embarrassed I lied and told him he was right, I had just enjoyed a popsicle!

And when you’re wearing them, saliva gets trapped in the plastic, bubbling, and your lips sit strangely, especially if you’re parched, like a hockey player or a boxer or a Cro-Magnon man. My sister took this positioning of my lips to mean I was sad, and I was like no, I’m shielding my Invisalign. She made me show her, and I was so angry inside. We had chardonnay while the kids colored at that artisanal pizza place, and she told me it was going to be fine because she knew the truth—I was sad, and I hated her for knowing that, for her husband, who was moving back home, for mine, who came home every night but was gone all the same.

My orthodontist failed to tell me they were going to put “buttons” on my teeth, little “invisible” buttons, which were not invisible, but very visible teeth-like shards glued to the outer edges of my smile. So I did not smile. What with the bubbles and the buttons, it was better to keep my mouth shut.

This was about the time I started to see the troubles in my marriage. They had been there a long time, mind you, but without the affirming smiles, with the way I hid my mouth, the way my husband didn’t even notice—and really, he was the only one—the troubles became glaringly obvious. How could he not notice? After our son went to sleep, my husband would sit on the couch, laptop in his lap, scrolling through Facebook and Instagram and laughing to himself—he had friends I’d never met from work, and he’d lost weight recently, and I was pretty sure it wasn’t for me. At night, after I went to bed, I could hear him clacking away on his computer, and when I came out, he’d minimize whatever he was doing and give me an impatient fake smile and ask, “What’s up?”

And my child, my six-year-old darling, so sensitive, he hated Invisalign from the very beginning, crying and fitting and hiding the trays from me—it was like he knew it would destroy us.

“You look gross!” he’d shout, and I’d tell him that hurts Mommy’s feelings, and he’d run from me, refusing to return my trays, and I could feel my teeth moving back into place, the waste of time, money, begging—I’d beg him to give them back.

“Fine,” he’d say and throw the trays at me and scream into his pillow.

I made it to the first check up, two months of not smiling, of shielding my mouth. Then they put the rubber bands in, webbed my mouth with them, and I didn’t dare speak, holding my words until dinner, when I’d took the trays out to eat, to spread my jaws, feel the wideness of my mouth. And then I’d unload my words, all of them, at my child, my husband, how I’d waited to tell them exactly how I felt, and they would stare at me stunned, wondering who it was I’d become, and I’d be thinking the same thing.

Not to mention the shushing sound I made when I spoke. Once I forgot to take the trays out before I made an announcement at my daughter’s all-school Friday assembly, slurring like a drunk, the other mothers huddled and suppressing smiles, feeling like Tom Cruise in braces, a grownup so crazy I was willing to accept public shame for self improvement.

And fifteen months? Is this a jail sentence? By the time I’d get the things off, my husband would have fallen completely out of love with me, developing an infatuation with a coworker or an old flame on Facebook and growing more distant at home, spending less time with our kid, none at all with me. We wouldn’t take walks anymore; we wouldn’t even have dinner together, eating nuked leftovers over our laptops in separate rooms. I can see how this would go if I let it.

That’s why I’ve cut the bands and pried the buttons off and thrown the trays in the trash. My orthodontist warned me my teeth would return to their original position, worse, they would continue to move, to overlap, like a cavern of crowding stalagmites, but I don’t care. It feels amazing, being able to smile, to speak, showing the world my fucked up teeth, telling my husband I’d like to love him, if he’d let me.

Katie M. Flynn is a writer and geographer living in San Francisco. Her stories have appeared or are forthcoming in Barrelhouse, Carve, Monkeybicycle, Paper Darts, Superstition Review, and elsewhere. She’s been nominated for a Pushcart prize twice and holds an MFA from the University of San Francisco. Recently, she joined the staff of The Indianola Review as Fiction Editor. You can follow her on Twitter: @other_katie.