Into the Milking Den 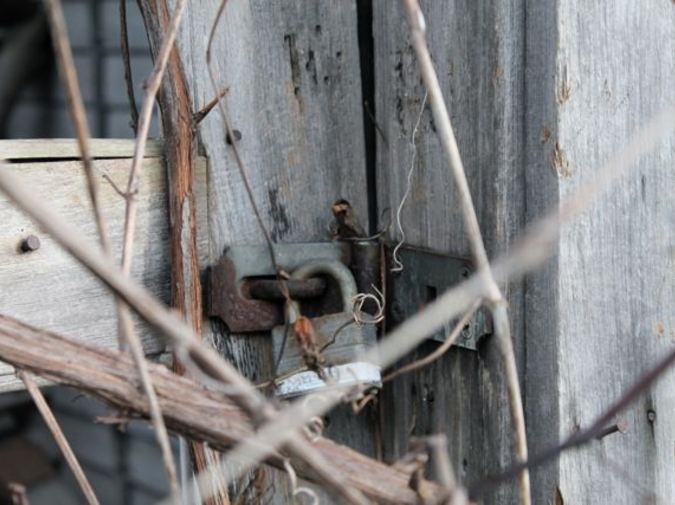 When we arrived at our new place on Plankton, the first thing I noticed was all the cages in the neighbor’s yard. Rows and rows of wooden crates, stacked on end, lined their yard, the wire netting wrapped around each as tight as a glove.

I stood in the dry, Nacogdoches heat counting cages when my father emerged from the rental van and handed me an armload of clothes.

“Snakes,” he said. “Don’t be a knucklehead and wander off.”

As I turned for the house, a boy sprang from the mouth of a metal shed holding a snake. The snake’s thick, orange body had coiled around his arm, and he carried it straight toward me.

He ignored me and kissed the reptile’s pointy head while its red, forked tongue licked the wind.

I’d never touched a snake before. Once, when I was at our old house, I found a green one in the yard and chopped it in half with a shovel. Other than that my teacher, Miss Lukes, told a story back in the third grade about how snakes had the ability to charm their prey, to invite children and rodents into their stretched jaws, to make birds fall dead from the sky.

My father had disappeared into the van again, so I tossed the clothes onto the porch, sidled over. The snake’s head was aloft and still except for the tongue.

He ignored me and moved slowly along the stacks. Every few seconds he stopped to peer into a crate before dragging his fingers over the chicken wire.

“This one here’s a coral snake. It killed a man up near Waco.”

I leaned close to the wire. The snake wasn’t big, maybe as thick as a rake handle, and I doubted it could kill a man. The red and yellow rings were as bright as wet, acrylic paint.

“Some poor fella was underneath his mobile home, fixing a busted water pipe, when the snake slithered from a cinderblock, bit him on the cheek. He never even made it for help; just fell crater-dead in his yard where the buzzards ate him.”

The boy shone like an albino in the sun’s glow and the frayed fabric around his cutoff shorts matched his eyelashes, his long hair.

“James and my dad moved—”

“Come on, I got something to show you.”

Milky walked to the cellar doors behind his house, swung them upright, made his way into the cool depression that led to the basement.

“Be careful,” he said. “If my step daddy knew you were down here he’d stomp my kidneys flat.”

“How you reckon your daddy will catch them?”

Milky smiled, grabbed a hanging bulb, and tugged a string-chain; sallow light filled the basement. “Down in them Everglades hunters wade in dead water until they feel one with a foot. Then they grab onto the snake’s body, wrestle and drag the sucker from the muck.”

“Same here,” he said. “Though he lies an awful lot. Mama says he’s probably riding around drinking and dropping the snakes he finds along highways into buckets to avoid working, though he still calls collect to complain about the sacrifices he’s made for us, every other night, seems like.”

“We got lots of snakes along the roads here,” I said. “He should’ve stayed.”

“Not like Florida we don’t. The TV showed so many down there hit by cars that entire highways looked like ground sausage.”

Milky grabbed a rod with a C-shaped hook that hung from the wall and proceeded toward the row of crates. The crates had thin, stained blankets stretched over them, and the setup spanned the entire basement.

“Watch this,” Milky said and kicked a crate. Instantly, rattling and hissing erupted inside and shook our faces, the walls, the ceiling, and sounded as if millions of plastic beads had been dumped onto the floor.

“What you got in there?”

Milky pulled a blanket from one end, tapped at the wire mesh with the C-hook. The rattling grew into a steady hum, and the closest snakes hissed, struck at the hook, at the wire barrier.

Milky flipped two metal latches that secured a crate. When he got it open he shifted a dozen or so pit vipers with a flick of the wrist, then pinned the head of the nearest with the C-hook. He reached in with a bony hand and pinched the olive-colored rattler behind the head, pulled it out.

“Grab that beaker,” he said, motioning with the snake’s open mouth toward a work bench.

I gave him the round-bottom flask and he squeezed the jaw—the taut, stretched mouth—over the lip. Yellow fluid oozed from its fangs. When the venom ceased, he dropped the rattlesnake back into the crate.

He smirked, lifted the beaker with an inch of venom, and shook it like a wine goblet. “To us,” he said, and swallowed most.

I waited for him to keel over but he didn’t.  He extracted and milked another rattler, dropped it too back into the box. “Here, your turn.”

“Nope,” Milky said and laughed. “Just down it quick.”

So I lifted the glass—said my Hail Marys, all ten of them in bitter salute—and drained it.

Keith Rebec resides in the Upper Peninsula of Michigan. He’s a graduate student, working on an MA in Writing, at Northern Michigan University. His writing has appeared or is forthcoming in Shenandoah, The Portland Review, Monkeybicycle, apt, and Devil’s Lake, among others. He’s the managing editor for the literary magazine Pithead Chapel, and you can learn more about him at www.keithrebec.com.