In Praise of Bean Counters 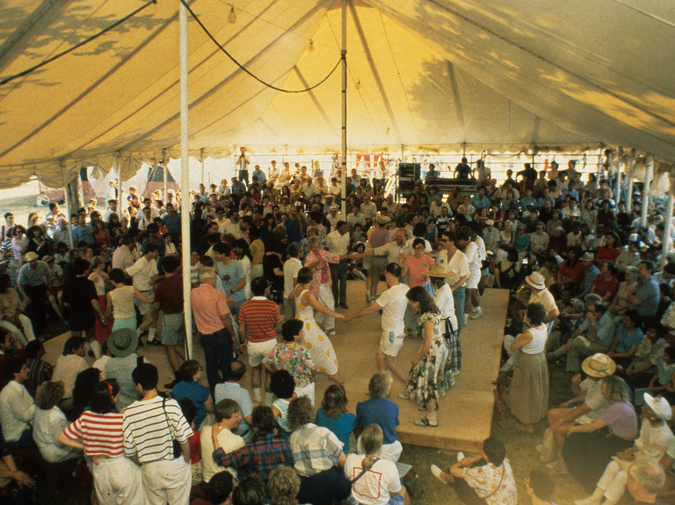 I worked for eighteen years as the associate director of a nonprofit organization. The director and I were an effective team, in part because of our complementary strengths. I liked to say that she was the visionary and I was the bean counter. I wasn’t denigrating myself; I regarded it as an asset. Her ideas were sometimes brilliant, sometimes far-fetched—I helped develop and execute the former, made sense of or talked her down from the latter.

In an episode of the 1985 Mapp and Lucia, Major Benji and Mr. Wyse agree, over numerous whiskies in the pub, that someone “knows how many beans make five.” In 1930s England and as far back as the 18th century, it meant a person who knew her or his stuff, was sensible and intelligent. How did counting beans become an insult?

The abacus was invented in ancient China, used to count and multiply. It was made of beans, beads, or pebbles on wires. The beans themselves were called counters, as were the people who did the counting (much as the people who used typing machines were once called typewriters). At some point it no longer was a good or even a neutral label. Counting beans implied being over-meticulous, neglecting more important matters, not seeing the big picture.

A friend sent me her latest essay, published in a respected literary journal. I’d read the piece in early drafts, now prepared to enjoy it in polished form. In the first paragraph I was halted by a missing comma and a superfluous one in the same sentence. Don’t edit, I said to myself. Just read.

And again, in new work by a well-known essayist. A missing parenthesis. Barbra Streisand misspelled. “Yes’s” and “no’s” that made me wince. I can’t not notice errant apostrophes, misplaced commas, mismatched em-dashes. Surely I’m not the only one jangled, annoyed, distracted. Not the only nitpicker.

Bean counter traces back to the 17th century, to the German Erbsenzähler, literally “pea counter.” Originally someone thrifty or stingy, it came to denote someone obsessed with precision and fine details. An English synonym is nitpicker.

A bean counter counts beans; a nitpicker picks nits. The term refers to the painstaking task of removing lice eggs (nits) from hair or clothing. Isn’t that a good thing? But somehow those nits became faults, and instead of being praised for their attention to detail, nitpickers were scorned as carpers, cavilers, quibblers, pettifogs. In French a nitpicker is le tatillon, a fusspot.

To be detail oriented is to be meticulous, conscientious, careful, diligent, punctilious, attentive, astute, heedful, logical, analytical, scrupulous, systematic, painstaking, precise, thorough, exhaustive, methodical. Someone who notices everything, thinks on their feet.

The Apostrophe Protection Society, founded in 2001, disbanded at the end of 2019 because “ignorance and laziness present in modern times have won.” Founder John Richards called it “a sad day for pedants everywhere.” A pedant being a person who is excessively concerned with minor details, a nitpicker in the finest sense.

In The Secret Lives of Words, Paul West clarifies the meaning of “unique” as one of a kind (from the Latin unicus: only, single, sole). Like snowflakes and blades of grass. Not merely special. “‘Very unique’ and ‘completely unique’ are,” he says, “redundant expressions that bother purists such as me and almost no one else.”

“God is in the detail” means details are important. The idiom (and its counterpart, “the devil is in the detail”), has been attributed to several 19th-century notables, including Gustave Flaubert, John Ruskin, Friedrich Nietzsche. Bartlett’s Familiar Quotations lists it as anonymous, but it persists by virtue of its glib aptness. I heard it just the other night in an episode of the spy drama MI-5, in which an agent’s nitpicking saved the world from catastrophe.

I often do copy editing for writer friends. My eye for detail is (usually) appreciated when I point out spelling and punctuation faux pas, extra spaces between sentences, redundancies like “end result” and “repeat again.” But my eagle eye doesn’t have an on-off switch, and sometimes I’d like to let the occasional nit slip past me. Like yesterday’s email from a friend making bread from her overripe banana’s. Like my husband’s use of the phrase “very unique.”

“Finance in History: Here’s to the Bean Counters” revived the noble roots of what has become a slur to accountants. The article, posted on cfo.com, uncovers the use of an elaborate system of bean counting to assure fair elections in ancient Greece, concluding that “bean counters were guardians of democracy … divine intermediaries, helping bring forth the will of the gods.”

Bean counters and nitpickers, unite! National Bean Counter Day is April 16th—let’s show our colors with the bean counter necklace, available at Etsy, consisting of a pencil, an abacus, and a bean.

One of the few contests I ever won was correctly guessing the number of jellybeans in a jar.

An average cup of coffee uses about 70 beans.

Alice Lowe writes about life and literature, food and family. Her essays have been published in numerous literary journals, including Ascent, Baltimore Review, South 85 Journal, and Hobart. Her work has been cited in the Best American Essays and nominated for Pushcart Prizes and Best of the Net. Alice is the author of numerous essays and reviews on Virginia Woolf’s life and work, including two monographs published by Cecil Woolf Publishers in London. Alice lives in San Diego, California; read her work at www.aliceloweblogs.wordpress.com.