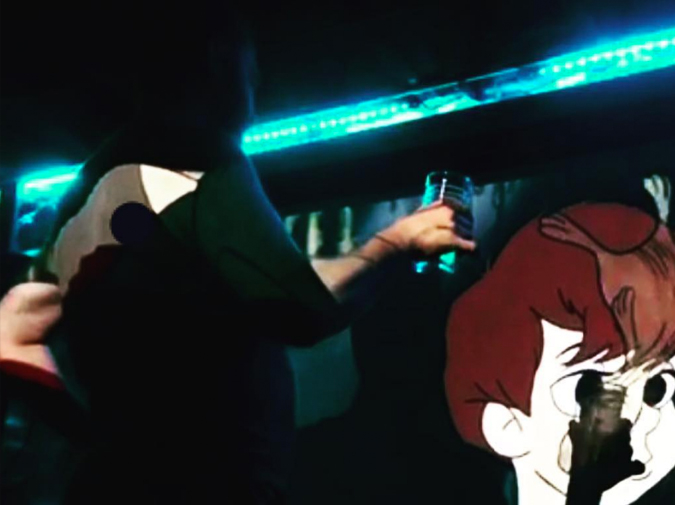 My wife and I went to see Blue Öyster Cult live in one of those small New York towns off the Metro-North, the kind with a main street and a gazebo and a hole-in-the-wall diner whose menu is written in magic marker on paper plates stapled to the wall. We were the youngest people at the concert by at least two and a half decades, and this was in no way to its detriment.

Imaginos is not BÖC’s best album, and it didn’t receive much in sales or radio play. It might be my favorite, though, a feeling colored by my youthful obsession with sci-fi/fantasy and blue-collar rock. There’s a complex mythology to this album, one that plunges the BÖC back catalogue into a cauldron of secret histories and magick mirrors and extraterrestrial visitors. It’s Lovecraftian sorcery scribbled in an enthusiastic middle schooler’s spiral notebook, born from gonzo teenage daydreams––the sort that ran wild when you saw a truly bitchin’ album cover with creatures from the deep, demons from outer space, or mohawk’d skeletons poppin’ wheelies. It’s for the kids who read Christopher Pike and rented horror movies based on their mysterious VHS art––sometimes you needed a little woo-woo with your rock n’ roll.

At best, Imaginos is pure rock opera with theatrical grandeur. It flirts openly with the sublime. At worst, it’s padded with mediocre arena-trash like that sounds like Bon Jovi covering Steely Dan at a suburban rec center. Hey, man, we’ve all had to make a deadline.

Throughout the concert, we sat beside somebody’s weird uncle with very strong opinions on BÖC’s exclusion from the Rock Hall and a cheerful seventy-something grandma wearing lightning-print spandex and carrying a four-pronged cane. At a certain point, the audience began chanting “Reaper! Reaper!” between each song, as if BÖC were actually going to depart the venue without playing “Don’t Fear the Reaper.” There was a tangible anxiety there, deeply expressed, and as their cigarette-ravaged throats cried for “Reaper!” they nearly seemed to be calling out for death itself. I half-wanted to submit a request for my favorite track from Imaginos, but my Free Bird moment surely would have been undercut by the mouthful that is “The Siege and Investiture of Baron von Frankenstein’s Castle at Weisseria.”

Anyway, my middle-school self was bummed that the Cult didn’t play a single track from Imaginos. I’m pretty sure they’re ashamed of it.

Drink:  In one hand, a flask of Old Granddad. In the other, a bottle of Mad Dog 20/20 (procured from the gazebo outside town where the local teens go to make out).

Sean Gill is a writer and filmmaker who won the 2016 Sonora Review Fiction Prize, The Cincinnati Review’s 2018 Robert and Adele Schiff Award, and Pleiades' 2019 Gail B. Crump Prize. He has studied with Werner Herzog, played a rock star for Martin Scorsese (on Vinyl), and bounced for Public Enemy, Isaac Hayes, and Jefferson Starship (not all at once). Other recent work has been published or is forthcoming in The Iowa Review, McSweeney's Internet Tendency, and Michigan Quarterly Review.